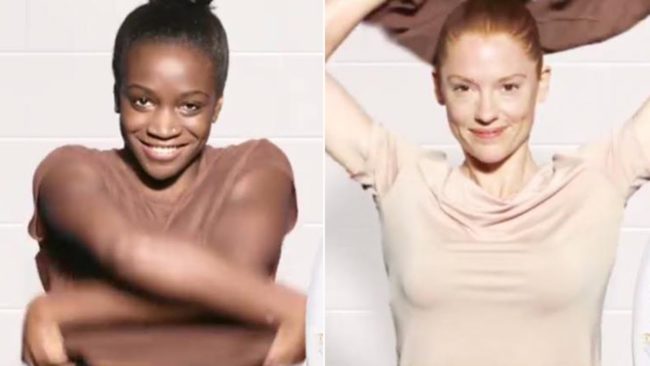 [OPINION] It’s two weeks later and that racist Dove advertisement has not gone away. It continues to be the subject of heated debate on social media and in mass media.

Maybe not at the hands of Dove or its advertising agency, but by others. It is an absolute certainty.

Why, one has to ask, do big brands and their ad agencies continue to offend when the basic tenets of marketing insist that it makes no sense to upset or mildly irritate even the smallest section of one’s target market?

On top of which the old excuse about wanting to do something shocking to get the attention of consumers is now obsolete because the consumer has long demonstrated that shock tactics no longer work.

In this day and age of vicious competition and widespread economic stagnation, advertising has to be very carefully developed to get the absolute maximum for a brand’s buck.

The reason why these idiotic ads won’t disappear anytime soon is quite simple and a symptom of a dramatic change in mass media consumption.

The vast majority of ad agency employees are under the age of 30 as are most of the brand and advertising managers in big companies.

Research has shown very clearly indeed that the youth of today simply does not watch live television, listen to live radio or read newspapers and magazines.

They live in a world of their own, getting their information from networks of friends on social media. And quite rightly too, because one cannot blame them for wanting to avoid the fake news of the mass media, apart from which they don’t want to be tied down to specific times for consuming media, preferring instead to watch, listen and read in their own time.

They are simply totally unaware of the changing attitude of the consumer market and particularly the fact that consumers have, in the past decade or two, become increasingly intolerant of things that didn’t offend anyone not too long ago.

An intolerance nurtured by tsunamis of political correctness by lobby groups, and particularly by governments anxious to score brownie points with their electorates by clamping down on absolutely anything that could cause harm. Sometimes really stupid things that never harmed anyone but which, in really extreme circumstances, could.

While marketers, brand managers and advertising creatives might think that political correctness ranges from silly to borderline insane, it is a fact if life.

Another reason behind these ill-conceived advertising campaigns is a cancerous advertising strategy called “the big idea”.

When looking for this “big idea” many advertising creatives get carried away to the point of departing from reality and entering some sort of dream world. Often what happens in addition to some sort of insane idea is that a TV commercial will be produced and then systematically cut down in length as clients attempt to save money. To the point where the final commercial makes no sense at all to the consumer but only the ad agency and client who watched the longer version over and over again, so the final product has some sort of context in their minds.

Out of touch with consumers

And lastly, there are those brand managers who want to have their agencies produce advertising that will impress all the big bosses, the board of directors and their spouses.

Getting a “well done” from the board is, for brand managers and ad agencies, far more valuable than getting approval from the consumer.

One of the most lauded advertising campaigns of all time, produced for Budweiser beer and called Wassup, won acclaim all over the world and picked up the big prize at the prestigious Cannes Advertising Awards.

Everybody back at the brewery loved it. Brand managers and ad agency people were praised and applauded.

However, at the end of it the entire Budweiser brand suffered a significant drop in sales over the period of the campaign. It was not one of the world’s greatest ad campaigns but actually one of the biggest flops.

In far too many cases the ad industry remains out of touch with consumer demand and equally, too many brand managers just don’t have the skills or training to do the job.

And as long as this situation is allowed to continue by the boards of the big brands, we will continue to see ad campaigns like Dove, that offend consumers and subsequently fail dismally.