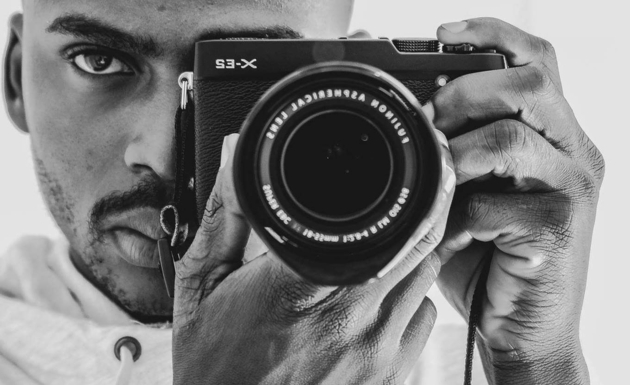 Young South African filmmaker Siphiwe Myeza-Mhlambi, better known as SJ, has been named as a finalist in the Young Guns 15 competition.

The competition, hosted by The One Club for Creativity, celebrates creative excellence in advertising and design as well as the professionals aged 30 and under who make it happen.

Speaking to SJ on the phone, as he is currently on a shoot in Kenya, the filmmaker described his nomination as a great privilege and a great honour. His career has been a steam train, he said. “It’s probably one of the hardest things I have ever done in my life. Took a chance, from shoot to shoot, mistake to mistake, triumph to triumph, but it has been amazing; I have grown a lot.”

SJ has been guided throughout his young career by his mentor, veteran director Lourens van Rensburg of 7Films. “What makes SJ a good filmmaker is his ability to be a storyteller. These days to be able to communicate using a visual medium you have to be a storyteller at heart, whether it’s a 30 second story or a 90 minute story. He is naturally a gifted storyteller,” Van Rensburg says of his protégé.

SJ has only been directing professionally for one year, an impressive fact when you consider that he has won gold at Cannes Lions, gold at the Loerie Awards and has now been chosen as a finalist for this international competition. “What he has achieved in the time that he has been in the industry is unprecedented,” Van Rensburg comments.

Speaking of the relationship SJ said, “Lourens and Nina (his producer) took me under their wing, helped me out both as a person and a professional, pushed me to my limit, and taught me everything that I know”.

SJ’s bio on the 7Films website states, “He is an ambitious, risk-taking individual, who is quick to learn and adept at problem solving skills. His style is inspired by real stories with real characters, as he believes reality is stranger than fiction. Taking on filmmaking as a personal responsibility to the world at large, SJ aims to make a difference through the art of story-telling.”

Asked about support for youngsters in the film industry, SJ admitted he was fortunate to be plucked from the crowd and mentored, so he believes more needs to be done. “I don’t think there’s enough people like Lourens investing their time and money to build the industry. It is a tough industry to break into and be a part of so I think there should be more mentorship programmes and the industry should work harder to get the young guys up and coming.”

Having already achieved much in his young career, SJ is striving towards “changing the world”. His dreams include winning an Oscar for his work, winning a Grand Prix at Cannes, and giving back to and investing in the industry. “It’s not about the awards in a way; it’s about doing what I love and helping young people come up.” He has already started on the latter, being involved in a project called Blackboard where a team visits underprivileged schools to inform the youth about the possibility of film as a career. “Seeing people like me blossom and watch them grow is the biggest goal for me and any surprises that come along the way are amazing… Doing work that changes the world”.

More about the Young Guns competition

A record number of entries were received this year from 44 countries, and they were judged by 50 top creatives from around the world, about half of whom are past Young Guns winners. The full jury list can be viewed here.

Young Guns 15 winners receive a unique version of the iconic Young Guns Cube, designed exclusively for this year’s incoming class, and have their permanent profile page added to the Young Guns website. Winners also receive a complimentary one-year membership to The One Club for Creativity, permanent membership in the Young Guns network, a chance to be featured in Young Guns events and an assortment of career-boosting opportunities from Young Guns sponsors.

“It is an amazing opportunity,” Van Rensburg said, “It does incredible things for your career; it literally changes your career in a blink. We are obviously very proud of SJ and he’s put in the hard work and it’s paying off now.”

This year’s winners will be recognised at the Young Guns 15 awards ceremony and party on 16 November 2017 in New York. The evening will be hosted by legendary designer James Victore, himself a Young Guns winner from the inaugural 1996 class.

“Part of what makes being named a Young Guns winner so special is how incredibly difficult it is to make the cut,” said Michael O’Rourke, executive director, ADC. “This year’s record number of entries, coupled, quite frankly, with the calibre of portfolios across multiple disciplines, makes Young Guns 15 especially challenging to win. I don’t know who our esteemed judges will ultimately choose to join the ranks of the Young Guns community, but it is certainly a badge of honor for any creative to make it this far.”