Never too big to fail: The cost of arrogance 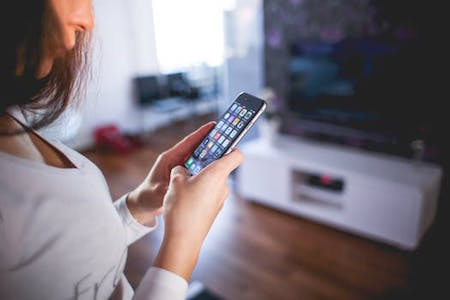 [OPINION] The fall of titans such as Kodak demonstrates that you are never too big to fail, and that there is a high cost for blithely assuming ongoing dominance in any particular medium. In Kodak’s case, it was film, but for brands and advertising, TV may soon become obsolete.

TV previously dominated ad spend, garnering up to 80% of the ad budget, with print and radio taking a large amount of the remaining budget, and digital making up less than 5%. This is quickly changing, though, due to video-on-demand and streaming services.

Netflix is really leading the charge both locally and globally, threatening the future profit margins of companies such as MultiChoice, with many viewers cancelling their subscriptions due to high costs and lack of choice.

Additionally, the Guardian notes that viewers have been trained by streaming services to expect uninterrupted viewing. Clearly, the old way of paying large amounts of money for TV advertising in the midst of prime time doesn’t work as effectively as it used to.

Despite this, many agencies are still pushing TV advertisements to clients who may not know better. In some cases this is due to (unscrupulous) agencies making good margins, regardless of whether or not TV is best for the brand. I’m not saying TV advertising isn’t ever the way to go, because I think for some brands it does work. But having a digital and mobile strategy to reach your audience is critical.

Why is digital and mobile so important now? As if changing viewer behaviour wasn’t enough, shifts in technology, new innovative companies, and advertising trends are also driving the push to mobile – and mobile advertising.

Even with the advent of 4K resolution, TVs are not a consumer’s primary screen anymore and haven’t been for quite some time. 2014 was a notable inflection point for when the dominant screen for decades, TV, first lost its crown to smart devices.

Then there is the imminent entry of innovative start-ups, such as iflix, into South Africa following its success in Africa. iflix is unique in that they offer free viewing of local content, with no additional data costs. Users just have to sign up with set package deals with local operators which then grant them free data to watch an array of movies and content on their smart device. The strategy is using zero rated local content to attract new customers to cellular operators, an approach I believe will change the industry significantly.

The writing’s on the wall

Finally, it was last year that digital advertising first surpassed television advertising in the US, according to a recently released report by PricewaterhouseCoopers and the Interactive Advertising Bureau. The report noted that ad revenue from digital channels increased 22% to $72.5 billion. This is more than a billion dollars compared with television ads’ income of $71.3 billion.

Particular mention was given to mobile video revenue which more than doubled, increasing by 145% year-on-year to nearly $4.2 billion.

All this means that brands are best served with targeted digital marketing that is transparent and the ROI is fully measurable. Indeed, a recent survey by research company Ascend2 indicated that 58% of marketing influencers point to increasing sales revenue as the most important goal for their digital marketing strategy during 2017. Generating more leads, improving lead quality, and increasing website traffic all followed closely behind as the next most important goals.

The cost of arrogance

So what about brands that are still not giving priority to digital marketing? The consequences of being slow to adopt a coherent digital marketing strategy can be severe; one major retailer in South Africa that has seen both its bottom line and share price suffer.

Brands that are slow to move their budgets to digital will see the consequences in the short and long term, particularly as data costs decrease. Every big brand is invincible until that next revolution, and failing to adapt in time can be devastating. Just ask Kodak.