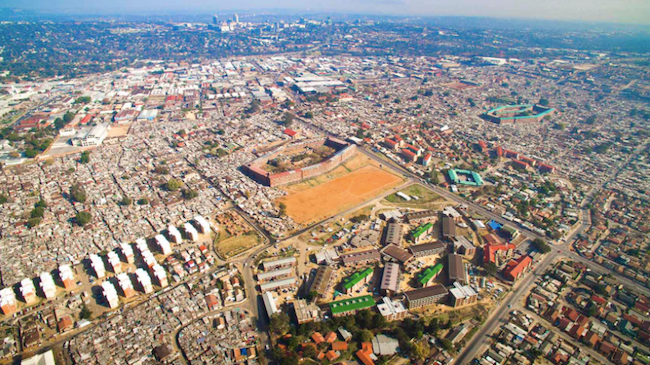 
Drones have gone beyond personal recreational use and are being used in numerous innovative ways, including news storytelling in journalism.

With their ability to give new visual perspectives on stories, drones are the perfect tool for covering strikes, protests, natural disasters and other large scale events. But their use in South African newsrooms is very limited, according to some people, due to the overregulation of the industry and the high costs associated with operating them. The Media Online decided to investigate.

“It’s more high resolution than satellite imagery, it gives you a different perspective than ground-based imagery, and it’s not as expensive as hiring a helicopter or aeroplane … Drones are extremely necessary as far as the arsenal of any newsroom [is concerned]”.

Limited use in media

While many South African media houses do have access to drones and/or license drone imagery and publish it on their platforms, Miller claims, “The big organisations, even though they’ve bought drones and may purchase imagery, they are reluctant to send their own drone journalists out on missions because of this uncertain legal environment. Because it’s too expensive to get themselves trained and have the ROC license. So it’s essentially wasted resources, a handicap on telling effective stories and it’s preventing people like myself and other independent journalists from having an income stream.”

Braam Botha, operations manager at UAV Industries (the company that Tiso Blackstar Group utilises for its drone coverage of stories) reveals that “some South African TV programmes are making use of ‘in-house’ pilots that are legally licensed, but they don’t fly for a legally licensed commercial operator, which is therefore illegal”.

Are commercial drones over-regulated and expensive to fly?

As its name suggests, the South African Civil Aviation Authority (SACAA) is responsible for monitoring and regulating the drone industry in the country. When approached for comment, the body responded with a seven-page document that begins with the organisation admitting the frequency and uses of remotely piloted aircraft systems (RPAS) has evolved rapidly. With 216 registered RPAS in South Africa in January 2016, by 31 October 2017 this had risen to 663. During the same period, remote pilot’s licences increased from 33 to 686.

“The rapid advancement of RPAS and their potential use in commercial and recreational activities has caught many regulators across the world by some level of surprise,” the SACAA says in their response.

The problem is, there are no set international regulation standards. The International Civil Aviation Organisation (ICAO), a United Nations specialist agency responsible for administering civil aviation activities across the world, is taking the lead in the development of Standards and Recommended Practices, which regulators would then translate into legally enforceable local civil aviation regulations. But while this ICAO process is unfolding, SACAA has derived stand-in measures to address the regulation deficiency in response to a growing demand to integrate RPAS into the mainstream aviation sector. In fact, on 1 July 2015, South Africa became one of the first countries to legitimise RPAS operations by introducing a comprehensive set of regulations.

The SACAA adds it is always looking to improve and amend the regulations to accommodate trends and they can’t remain rigid in changing times. To ensure all regulations are on par with prevailing industry needs, the SACAA continuously encourages all its stakeholders to make use of the legislated forum of regulation development, the Civil Aviation Regulation Committee (CARCom) to make input that will help introduce new or improve existing regulations. CARCom is a legislated body tasked with assisting with the review and development of civil aviation regulations. It is essentially a multi-stakeholder forum comprising representatives from various organisations. No regulation gets signed into law without being reviewed and ratified by CARCom.

SACAA has a strong view about some of the people who reckon South Africa’s drone industry is over-regulated. “Some of those that are behind the malicious remarks are the same people with whom we sat around the table, along with other stakeholders, to discuss and develop the current RPAS regulations. It is therefore puzzling that there is an attempt to distance themselves from the current regulations, which they helped to draft.

“As with any regulations, there is always room for improvement, and the SACAA regard the current regulations as a firm foundation on which to improve … It is therefore disconcerting that a small section of our society, which presumably is driven by the need to amass profits ahead of any consideration of the genuine safety and security risks posed by RPAS, would go out of their way to create an impression that the SACAA solely and impulsively conjures up impossible-to-comply-with regulations. In this country, those that are expected to comply with civil aviation regulations as well as the public at large, get an opportunity to contribute to the development of any civil aviation regulation,” read the SACAA statement.

The SACAA also stresses that it is interacting and engaging with international counterparts for their input and insights. A few weeks ago South Africa and the SACAA hosted Joint Authorities for Rulemaking on Unmanned Systems (JARUS) members from across the globe to discuss various RPAS issues. A few weeks before the JARUS meeting, the SACAA also convened a meeting with key local RPAS role players in order to get a sense of success and challenges faced by the country and various industries making use of RPAS. The SACAA says it is at these meetings that “harrowing details of mid-air near misses between jets and RPAS as well as other details that confirm the risks associated with RPAS were heard”.

Again the body lashes out at its critics: “Those that are focused only on selling their services and products want to dismiss these details as fiction and look at the dynamics around RPAS operations only through rose-tinted glasses. As much as there are successes that warrant adoption in certain instances, there is no single country in the world that has a perfect solution and set of regulations to administer RPAS.”

Miller disagrees with the SACAA saying, “Drones are extremely highly regulated in South Africa. And moreover, they’re very expensive to fly commercially. Under the law, as a South African journalist, you’re flying commercially, so you need a commercial pilot’s license and that license itself is about R30 000 and three weeks’ worth of your time. But even having that license doesn’t mean you can then go fly. You also need a business license (Remote Operators Certificate) which costs upwards of R100 000 – R150 000. And you have to form a business to have that ROC license; you can’t do it as an individual,” he explains.

Botha believes the industry is heavily regulated but adds, “This prepares us for a more advanced aviation era where drones and Boeings will fly in the same space without fear of each other, knowing that the operator and pilot are well trained and equipped to fly safely.”

Looking at a breakdown of a training course offered by UAV Industries, the cost for all theoretical and practical training is R26 500, in line with what Miller has said. What is worrying for the industry is what Botha says next, “We do pay the same fees for registration and approval of drones that a commercial airline would pay for their aircraft.”

Outlining the various fees it charges, the SACAA says these range from R300 to R8 480. “What the SACAA charges to process RPAS-related applications, the fees are not as high as it is normally purported. In fact, the fees we charge do not even cover the associated administrative costs,” the body says.

Botha confirms the SACAA’s information adding, “Should you make use of a consultant, it can go as much as R100 000.”

Regulations in place, but no enforcement

The main concern for SACAA is the increasing number of unregistered and unapproved RPAS operations taking to the skies illegally and potentially being operated by unlicensed individuals. It is estimated that for every registered and licensed RPA, there are two or three more doing so illegally.

The SACAA confirms that an ROC is needed to operate a drone commercially in South Africa, so just because a flier has a RPL it does not make them a legal flier. The most important points to take note of can be found here. RPAS operators who fail to adhere to civil aviation regulations could receive a 10-year prison sentence or a fine of R50 000, or both. Individuals that use RPAS in an irresponsible manner may also face legal liability for breaking laws enforceable by other government agencies.

But Miller says despite the regulations being in place, the SACAA is not enforcing them. “They’ve set the bar way too high as far as regulations go, but they’re not enforcing so in that middle area where people are flying right now they’re just encouraging a culture of non-compliance … I’m not saying drones must hover over everyone’s household and over highways. But there’s a balance and right now the balance is skewed much too far on the side of expensive, burdensome regulations.”

Botha knows of a few cases where people were fined in the region of R20 000 and had their drones confiscated.

The potential of the drone industry

If South Africa’s commercial drone industry is deregulated, Miller says this space would then be worth an estimated R1 billion to R2 billion in the coming years and employ 5 000 – 7 000 people, not just pilots but the associated industry alongside it. “This isn’t theory; you can see this in America and Australia. In America you haven’t seen a fatal accident, you haven’t seen a crash that’s caused the crash of an airliner or a major problem with any sporting event or terrorism,” he says. Advances in technology are also helping the industry’s cause. Coming soon in the US market (in 12 – 18 months) is technology that will allow regulators to track a drone, whether it’s licensed or not, in real time through a transponder that is installed in every single new drone that is sold.

“There are some privacy concerns, but from a safety perspective there’s really no reason why South Africa shouldn’t be deregulated as it’s beneficial to the economy, it empowers entrepreneurs to do their job, it empowers journalists to gather information in a way that they otherwise couldn’t do and it opens up a whole new skill set for a whole group of people,” he says.

The SACAA concluded its statement with a strong message for the commercial drone industry around its regulations, reiterating several of its previous points: “The South African RPAS regulatory system has been accepted nationally and internationally as a good foundation. In fact, the SACAA often receives requests from other countries needing assistance with the development of their RPAS regulations. Most importantly, the SACAA, on behalf of South Africa, continues to contribute to the global aviation administration discourse, especially in relation to RPAS, by participating at the highest international forums tasked with administering global aviation. Participation in these global forums ensures that the SACAA and South Africa are in touch with best practices and global developments around RPAS.

“We wish to reiterate that our RPAS regulations have been benchmarked against other initiatives across the world. In developing the regulations, we took into consideration elements that have been successful while noting the challenges faced by some countries, particularly those that had initially allowed RPAS operations without a comprehensive regulatory framework in place. Calls for ‘less stringent’ regulations are one-sided and disregard the challenges that countries with such an approach are now facing. Most importantly, the numerous reports of hair-raising incidents and mid-air near misses between jets carrying large numbers of passengers and RPAS as well as other security breaches involving these types of aircraft should not be dismissed as imaginary tales.” 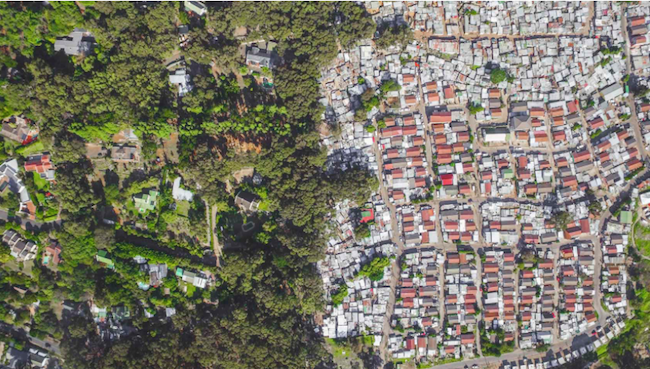