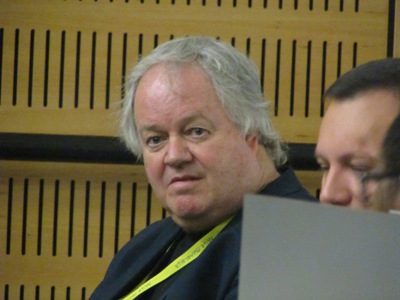 Facing a slew of potential criminal and civil suits, author of The President’s Keepers, Jacques Pauw will receive financial aid, through a defence fund set up for him.

After receiving numerous offers from the public to contribute to his legal fees, Pauw and his publisher, NB Publishers approached Media Monitoring Africa (MMA) to set up and administer the fund as an independent body.

Asked why this fund is important, MMA director William Bird explains, “People with agendas can pose very serious threats to media freedom … We saw it with the SABC8 and now with Jacques Pauw … This fund says ‘We’re not going to just stand by and allow our media freedom to be threatened and undermined in such a blatant and obvious way'”.

“The fund gives those who want to help build and promote media freedom a nice easy way to do so and it also sends out a pretty strong message that this is something that ordinary citizens consider to be important and are willing to help put resources to,” he adds.

Since the release of the book in October 2017, Pauw has faced challenges from several state organisations featured in the book, including the State Security Agency, KwaZulu-Natal police, and most recently the South African Revenue Service, which says the author contravened privacy laws.

In a statement MMA said, “Through attorney Willem de Klerk and with senior counsel, NB Publishers and Pauw have co-operated with the authorities but have also made it clear that they stand by the book, and are prepared to defend it”. When asked whether his book is legally sound, Pauw responded that to his knowledge it is 100%. MMA added that “Pauw, who exposed the apartheid-era Vlakplaas death squad, is one of South Africa’s most experienced and respected investigative journalists”.

Donations to the fund can be made anonymously and anyone wishing to contribute to it can use the following banking details:

Once funds are no longer needed to defend Pauw, MMA explains that any remaining money in the fund “will be used to help the legal defence of individuals and organisations whose right to freedom of expression is infringed upon due to legal action being taken against them or to develop policies that promote, ensure and secure media freedom.”