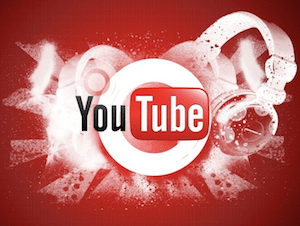 As we discovered at the end of last year, music videos dominate YouTube searches and views in South Africa. This trend continued in January 2018.

Of the top 10 most watched videos in SA in the first month of the year, six were music videos. Unfortunately two thirds of those were international artists.

As expected, politics was another hot topic for South Africans on the video hosting platform. The possibility of Oprah Winfrey running for US President along with her speech from the 2018 Golden Globes, peaked viewers interest, as well as current US President Donald Trump’s insult of other countries as “shitholes”.

With over 165 million views, this collaboration is reminiscent of the early 90s, with all its bright colours.

South African comedian and host of The Daily Show, Trevor Noah’s response to US President Donald Trump allegedly calling other countries, including those in Africa, “Shitholes”.

The first South African video to feature on the list is “Spirit”, the latest music video by rapper Kwesta. It features US rapper Wale, and has over 924,000 views.

When Oprah Winfrey accepted the Cecil B. de Mille Award at the 2018 Golden Globes, she delivered a powerful, inspiring speech that focused a lot on women’s rights and empowerment. This led to speculation by many that she would consider running for US President in the 2020 election.

The next music video on the list is a collaboration between Taylor Swift and Ed Sheeran for their song “End Game”. Epitomises living large, the video features yachts, supercars and nightclubs and entertains viewers by both artists showing off their rap skills.

The second, of only two, South African music videos on the list is Nadia Nakai’s single Naaa Meeaan. Nakai is signed to Cassper Nyovest’s Family Tree Records label, and the ‘Fill Up the Dome’ and ‘Fill up FNB Stadium’ artist makes an appearance on the track.

The second appearance of Trevor Noah and Oprah Winfrey on the list, this video is the aftermath of the latter’s Golden Globes speech, which led to speculation that she could run for US President in 2020.

Parliamentary videos are usually viewed by South Africans because politicians are name-calling, singing and dancing, or protesting in the house. But this one is a calm line of questioning from former finance minister Pravin Gordhan, which concludes with a tone of voice that no one would want to be addressed by.

22-year-old British singer Dua Lipa is making waves in the music world and has a promising future ahead of her. Starting her career on YouTube, covering other artists on the platform, she is now taking the world by storm. The video for “IDGAF” sees the singer battling a darker, more empowered version of herself in a visual metaphor for her own internal struggles.