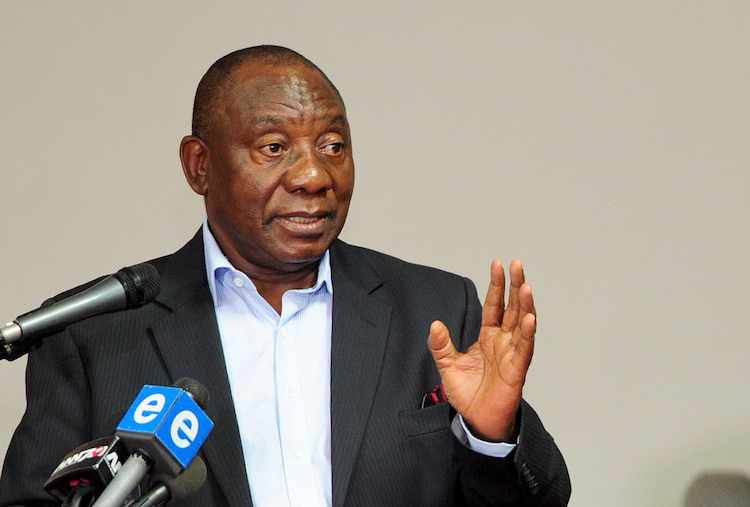 
South Africa’s 2018 State of the Nation address by the president of South Africa has been postponed. This unprecedented step makes it clear that the country is seeing the final days of Jacob Zuma as president although it may take a day or a week or two before things are finalised.

What’s important is that Zuma isn’t allowed to detract from the momentum that newly elected ANC president Cyril Ramaphosa has started to build. This has included a successful trip to Davos where he unequivocally pulled the carpet from under the nuclear power programme favoured by Zuma.

Ramaphosa has been working diligently to corral Zuma’s remaining freedom of action. Zuma was finally persuaded to establish a commission of enquiry into state capture and Ramaphosa started restoring credibility to the management of state owned enterprises.

The momentum built by Ramaphosa seems sufficient to avoid the most pressing concern, the spectre of a downgrade of South Africa’s long term local currency debt rating by the rating agency Moody’s. Such a step would trigger South Africa being excluded from Citi’s World Governance Bond Index. RMB Morgan Stanley projects a potential outflow of US $5 billion if this happened.

But his freedom of action is severely constrained by his narrow victory during the ANC’s leadership elections and the divisions within the party’s top leadership. The party has no choice but to design an early exit strategy for Zuma, or suffer significant political damage during the 2019 elections.

A downgrade would constrain growth and severely affect the ANC’s 2019 election prospects. Ramaphosa needs his own mandate, which only the 2019 national elections can deliver.

In November last year Ramaphosa outlined an economic plan aimed at generating jobs and economic growth and tackling inequality. The plan set a growth target of 3% for 2018, rising to 5% by 2023.

For its part the Reserve Bank has forecast the economy will grow by a measly 1.4% in 2018 and 1.6% in 2019. The International Monetary Fund is even more pessimistic, forecasting growth of 1.1% for this year.

Nothing is more important for South Africa – and Ramaphosa as the country’s incoming president – than growth and translating that growth into employment creation. That, in turn, requires foreign and domestic investment, which is only possible with policy certainty and rapid movement to a new leadership. It also requires a positive partnership with the private sector.

Assuming Zuma’s exit is imminent, serious consideration needs to be given to the team that Ramaphosa must put in place to help him achieve the economic turnaround he envisages. This brings us to the need for a cabinet reshuffle, including the appointment of a credible minister of finance.

South Africa has a cabinet which is double the size required. A few ministers, such as Rob Davies at trade and industry and Naledi Pandor in science and technology, have established their credibility. But a large number of the current cabinet shouldn’t be considered for inclusion under a Ramaphosa administration.

The most important post is the minister of finance. Given the fact that former finance minister Nhlanhla Nene seems to have moved on, it is likely that either Pravin Gordhan or his then deputy Mcebesi Jonas will be invited back.

Ramaphosa needs to turns his narrow victory into a positive outcome. And he must convince non-voting ANC supporters who abandoned the ANC under Zuma to return to the fold of the governing party in 2019.

It will also depend on legal processes – such as the various probes into corruption and state capture – to strip out the internal contradictions within the top leadership of the ANC.

Long term voting trends indicate declining support for the ANC and as things stand, a divided ANC remains a plump target for opposition parties. It could see support decline from its current 62% nationally by around 10 percentage points in 2019 if that trend is not reversed. The impact of these developments were set out in a recent book Fate of the Nation that included political and economic scenarios to 2034.

A more positive party future requires the ANC to rapidly rediscover its unity although this seems unlikely in the short term. And here is the nub – as much as the traditionalist faction is associated with corruption and state capture, it also represents a strong ideological current that could still derail the party and even lead to it splintering.

Ramaphosa has been dealt a weak hand but he has proven to be a consummate strategist. The next few days and weeks will be crucial and are likely to determine South Africa’s future for several years to come.

Jakkie Cilliers, Chair of the Board of Trustees and Head of African Futures & Innovation at the Institute for Security Studies. Extraordinary Professor in the Centre of Human Rights, University of Pretoria

Image: Deputy President of South Africa and leader of the country’s governing party, the ANC. / GCIS