#PressForProgress in the workplace: Three ways SA women can make an impact 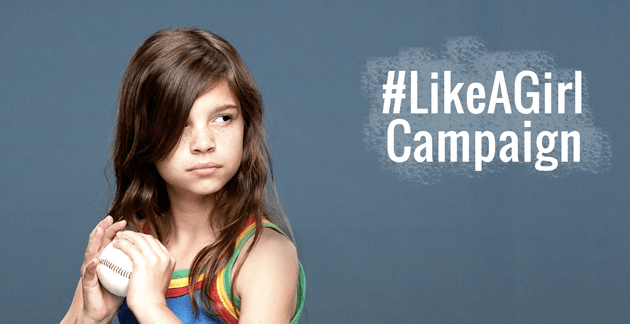 In the past year, gender issues have come to the fore globally, with movements like #MeToo dominating headlines and taking over Twitter. Awareness of these issues has accelerated, and former industry icons are being brought to book for their behaviour. Of course, there is much work to be done, but progress is being made.

The prevalence of sexual harassment in the workplace highlighted by these movements is just one example of the discrimination women face in this environment. In South Africa, gender parity in terms of pay, promotion, and opportunity is severely lacking. For example, Stats SA reported a gender pay gap of 23% in 2015, meaning that women generally earn 23% less than men in our country.

In addition, a 2017 study by Bain & Company reveals that only 28% of women are in senior leadership roles – even though they make up 51% of the South African population and 53% of tertiary educated South Africans. Worse still, this percentage plummets further to a shocking 3% when it comes to the number of female CEOs at JSE-listed companies.

In the face of these obstacles, I think it’s important, then, that we mark this International Women’s Day by starting to accelerate change in South Africa – in our communities, in the workplace, and in our broader society. Here are three ways South African women can #PressForProgress:

Success won’t be within your grasp unless you actively pursue it. Much of the focus around this year’s theme for International Women’s Day (#PressForProgress) will undoubtedly be on external factors prohibiting women’s advancement. Although these are vital, change won’t happen unless we also push ourselves. There are numerous barriers to success for women in the workplace, which is why it is so important to develop a strong work ethic and consistently cultivate self-belief.

Unfortunately, lack of confidence is a trait that is observed in more girls than boys from a young age; this is evident in the results of the many studies Always has conducted into girls’ confidence over the past two or three decades. Therefore, a strong emphasis of P&G’s Always Keeping Girls in School Programme, which has so far reached 60 000 girls in SA, is on instilling confidence. In addition to providing girls with sanitary towels so they don’t miss school, we also focus on empowering them through knowledge. Also, our Always #LikeAGirl campaigns promote improving confidence in girls by ensuring that doing something ‘like a girl’ means doing something well, and not inferior to boys.

True transformation cannot happen without the cooperation of the opposite gender. This is not just a women’s struggle. To achieve real societal change, men need to be made aware of and understand the whole notion of privilege and bias. Some men are simply oblivious to the extent of the discrimination women can face. For example, in the Bain & Company study on gender disparity, 58% of men – against 38% of women –  believe that gender equity is a visible priority at work.

Also remember that it is these men who are raising our next generation. Their beliefs and perceptions will be passed on to their children and its vital that both young boys and girls learn about the importance of equality so that they can practise it and advocate it when they are older. It’s only in this way that we can build a gender-inclusive society.

P&G ensures our #WeSeeEqual philosophy comes through in our advertising and media campaigns to reveal the bias that holds back women and girls. Using the voice of our many brands, we are able to challenge those around us to consider their own gender biases – conscious or unconscious – and take steps to correct outdated stereotypes that are weighing us down.

Often we regard other women as competition or see them as threats, but in reality we are all fighting the same battle. We should therefore focus more on building an army to be reckoned with, rather than devoting our time to small skirmishes. Supporting other women starts with small actions – even simply refraining from negative comments on social media or gossip in the office – and can extend to actions that leave a lasting impression, like mentoring.

I am lucky enough to be a mentor for WEConnect International – a non-profit organisation that focuses on developing women-owned businesses – through its partnership with P&G. Last year, for example, I was part of a P&G leadership team that trained 20 female entrepreneurs in key business skills, such as aligning strategy and execution and understanding and reaching customers. The eventual aim is for these women-owned businesses to become part of P&G’s supply chain.

I find it extremely rewarding to share my knowledge and experience with other businesswomen, and one of the best parts of mentoring is that these women energise and inspire me with the stories of their journeys and business insights.

To conclude, I would like to leave you with a quote that is very well known, yet many who are familiar with it are probably unaware that it was coined by a woman. Margaret Mead, a pioneer of the feminist movement in America, once said, “Never doubt that a small group of thoughtful, committed citizens can change the world. Indeed, it is the only thing that ever has.” As an individual, as a member of South African society and as an employee, you must focus on making a real impact – and making it now.