Cord-cutting not a problem in South Africa… yet 
While cord-cutting is an increasing trend in the US and UK pay TV markets, it hasn’t reached the same levels in South Africa… not yet anyway.

South Africans might not be severing their subscriptions to pay TV packages, but many are signing up for cheaper options, and showing a growing interest in streaming video services such as Netflix and ShowMax. Meanwhile, mobile operators are making moves into the space, utilising their infrastructure and striking deals for everything from sports rights to series.

Speaking at an investor presentation in New York in December 2017, Naspers boss, Bob van Dijk, said, “I do not think five years from now people will be picking up newspapers any more or watching linear TV.”

Naspers, parent company of Media24, which also owns MultiChoice and its pay TV business, DStv, reported that while subscriptions to DStv had risen 11% to 12.2 million in September 2017, it had lost 115 000 Premium subscribers in all markets during that time, which came on top of a loss of 235 000 the year before. 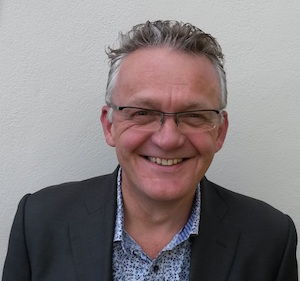 “MultiChoice/DStv have said it themselves: subscribers are moving to cheaper packages,” says Simon Murray, principal analyst at Digital TV Research in London. But Murray isn’t convinced that streaming services are the main threat to DStv. “… piracy and cheaper pay TV options such as StarTimes are a much greater threat,” he says.

“Many pay TV operators around the world are now working with Netflix. Netflix is too expensive for most African homes – even in South Africa. We forecast 1.46 million Netflix subscribers in Africa by 2022, of which 525 000 will be in South Africa and 352 000 in Nigeria.”

StarSat and GOTV have made limited inroads in South Africa, but have performed “much better elsewhere in the Anglophone countries”, he says.

US research outfit, MoffettNathanson, reported earlier in 2018 that the number of consumers in the US ‘cutting the cord’ was at its highest level ever when pay-TV businesses lost 762 000 subscribers in the first quarter of Q1 of 2017, shrinking 2.4% year on year. MoffettNathanson said people were watching less TV, on average 18 minutes less per day than two years before, but were watching more media content than before – just not on linear TV. SVOD services such as Netflix, Hulu and Amazon had picked up substantially.

“Cord-cutting isn’t such a problem in Africa as there are few cords to cut,” Murray says. “We estimate that most SVOD viewing in Africa will take place via mobile phones. However, not only do subscribers have to pay a fee to the SVOD platform, they often have to pay high data charges to mobile operators.”

And that, of course, is the crux in South Africa. The costs of data preclude millions from taking advantage of streaming services.

Mobile operator Cell C launched Black, a ‘pay per view’ option on mobile, in November 2017. “What we haven’t done well in South Africa is bring content in a cost effective way to the masses,” said CEO, Jose Dos Santos, at the time. Black, he said, was a “totally interactive platform” with a multi-service approach. It offers content and services such as movies, series, live TV, soccer coverage, buying tickets, betting, booking hotels and flights, music, and games.

The major difference between Black and other streaming SVOD services is that pre-paid Cell C subscribers can buy content with airtime. It also concluded deals with five international soccer clubs; Barcelona, Chelsea, Liverpool, Manchester United, and Real Madrid, whose content will appear on the channel. 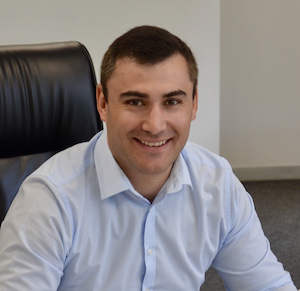 Anecdotal evidence suggests Premium subscribers are cutting the cord. South African journalist, Tony Jackman on his Facebook page, wrote: “DStv. Cancelled. On the 28th it will disconnect. I felt sorry for the guy taking my cancellation call. He sounded world-weary. They must be taking hundreds of cancellations a day. (Bought Apple TV and signed up for Netflix et al. Pleasantly surprised at how much free programming there is on Apple TV even without those.)” His comment spurred a massive reaction, with many respondents citing sports coverage and news channels as their primary reasons for staying on DStv Premium.

Jackman then followed up with news that DStv had called to canvas his opinion on whether he would be interested in a package which would allow him to choose what channels he’d subscribe to.

When CapeTalk’s John Maytham interviewed MultiChoice head of content, Aletta Alberts, she said, “We’re looking at different ways of packaging bouquets… Watch this space; there are announcements coming down the line…”.

Nevertheless, despite the competition and consumer complaints about repeats, DStv will still grow, says Murray. “We believe that DStv will add two million subscribers in Africa between 2017 and 2023 to reach 11.5 million. From the two million additional subscribers, South Africa will provide one million and Nigeria 400 000,” he says.

DStv’s ring fencing of sports rights is the main reason it had maintained its position at the top, says Murray, “especially English Premier League soccer in Africa. Others are adding sports but don’t have the crown jewels”.

But Kwese could make some headway there, he adds. “Kwese is very interesting – with its owner’s deep pockets, and it looking at sport rights. Also it now has a much closer relationship with SVOD platform iFlix in Africa.”

Lotter agrees, saying DStv has maintained its position at the top due to having “the best and only sports offering” and, he says, by seeing the threat of Netflix, and “creating ShowMax, their streaming alternative”. And he adds, “I think streaming is the future. It will all be about who can provide the best content.”

Meanwhile, South Africa generates much higher pay-TV revenues compared to Nigeria, says Murray, “$1936 million in 2017 versus $601 million in Nigeria. But Nigeria will overtake South Africa in terms of pay-TV subscribers in 2021”.

Between now and then, however, competition is emerging from the wings. Not just from mobile operators, but also from internet giants such as Facebook and Google. Facebook is starting to make inroads, and has just signed a partnership deal with Major League Football to live stream 25 weekday afternoon games in an exclusive deal.

As Lotter says, “Streaming live sport reliably is the next big opportunity”.

This story was first published in the April issue of The Media magazine.