Rapid uptake of programmatic in SA… but do hidden costs reduce its effectiveness? 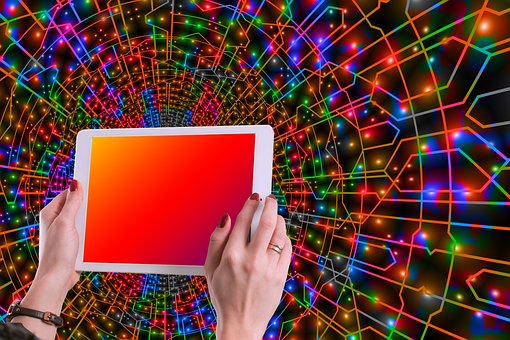 In the constantly evolving world of digital media, in just over a year there’s been a particularly rapid uptake of programmatic advertising.

Local group-owned media agencies have established programmatic trading desks and are now focusing their digital spend into these buying units. But despite these advances, the South African market still lags behind some of its international counterparts. In the US, it’s reported that 80% of all digital display will be bought programmatically.

“The lag is coming from the buy side (brands, agencies and media sales houses), but we’re not lagging behind the rest of the world in terms of basic programmatic media buying,” Daniel Courtenay, CEO of MaxAxion, believes.

A recent analysis by WARC revealed that “as little as 28% of advertisers’ programmatic expenditure may actually make it to the working media level, as agency fees, the ‘tech tax’ and ad fraud all eat into the $63.4 billion spent worldwide last year.”

This report refers to the US market, but does South Africa fare any better?

Courtenay refers to fraud as a “legacy issue”, explaining that before programmatic, you had big digital ad networks of digital publishers who wanted money from people who wanted to buy digital space. They came together, but the whole exercise was blighted by misclassification of sites into different genres and other problems.

The issues of fraudulent traffic and bot traffic on sites is also nothing new. Once programmatic buying arrived, it faced similar issues, but Courtenay points out as positive steps the fact that whole industries have sprung up in the UK and US to try and counter the problems with digital, and that counteraction methods have been put in place.

“Some platforms, like Google, have taken the market into account and have tried to adapt pricing slightly. From a tech tax point of view there’s parity, you’ve got to pay for that product. There’s tons of these companies with hundreds or thousands of employees to pay. They’re providing a service and they’ve obviously got to make money … You’re paying for a service,” he says.

Joe Steyn-Begley, sales director, at Mark1 Media, a digital media execution business, agrees. “There’s a massive role that still needs to be played locally with regard to educating agency staff and clients, specifically around how the different programmatic technology stacks fit together and what the key points for consideration are.

“As with many international trends, the South African market was quick to jump on the programmatic wagon but we haven’t necessarily taken the time to understand the inner workings of it. A large number of ad networks and similar third party companies are still at play here, which is not necessarily the case in more mature markets. Some of these companies are not necessarily judged on spend efficiency, rather just on low rates.”

Asked about ad fraud, Mark 1 responds, “Like with wastage, ad fraud is a massive problem globally and South Africa is not exempted from it. That’s why it has become increasingly important to use known and trusted inventory sources that spend large amounts of resource and money on tools to combat this problem. These publishers, networks and monetisation partners are seeing the reward as there has been an uplift in more ‘premium’ programmatic buys such as private marketplaces. As long as you have the correct layers in place, ad fraud shouldn’t necessarily be a massive concern.”

Jeremy Abbott, programmatic technology lead at The SpaceStation, says that in terms of fees, it’s the same as any other country in the world, if not a little worse for local players because of the exchange rate.

“Another important topic not mentioned is that of brand safety, which also incurs an additional cost for buyers through the third party tools they are using. So from a buy side perspective they are incurring ad serving fees, viewability fees, fraud detection fees and brand safety fees. A lot of these fees can avoided through working directly with reputable publishers and having a very clear conversation around their concerns and KPIs, rather than relying an additional technologies. Programmatic buying and selling should involve more dialogue between buyers and sellers – not less,” he adds.

Who can solve the issue?

“It’s the responsibility of the person booking the media to ensure the clients are aware of costs,” says Courtenay. “The industry is moving very quickly towards a transparent environment, where the buyers know exactly what’s happening and understand from a tech costs point of view, and where companies will work with a transparent management fee”.

Steyn-Begley agrees with Courtenay about the move by agencies to more transparent models.

“The recent findings and resulting repercussions around agency rebates from media owners have placed the spotlight on fees, and agencies have since done a lot to move to more transparent models. This has also been highlighted in recent pitch wins (both global and local) where accounts have been awarded to Agencies willing to work on reduced fees across the board.

“As marketers tighten their belts and look at means to save money since more and more larger brands now choose take some of their marketing functions in-house, agencies are increasingly forced to relook how they charge for their services. Therefore fees are a lot less exorbitant as they have been in the past.”

A number of brands have seen that they can do programmatic buying themselves, cutting agencies out of the equation. Another trend is a move towards private marketplaces, as opposed to an open exchange environment.

“Publishers have got it tough. They are competing with giants of the media world to keep the lights on … Publishers are going to be forced to look at where their ad slots are so they can retain revenue coming from the buy side and they will work with technologies that have become available to improve their ad slots and make them more attractive to people buying that media,” states Courtneay.

Steyn-Begley adds that viewability could potentially pose a bigger problem to digital advertising than ad fraud. “Essentially, with programmatic buying, you bid on every impression. This means that you’re paying for every ad displayed on a screen. Whether or not this ad is seen, the advertiser pays. Even if you’ve solved the problem of fraudulent inventory, you’re still unsure whether the advertisement that you’re flighting is actually shown on a screen as it might be ‘below the fold’, in a slot where the user hasn’t scrolled to.

“Leading global brand, Proctor and Gamble has subscribed to the standard set by US-based body the Media Ratings Council (MRC) that ads should be at least 50% in view and many other large advertisers should follow suit. This could have massive repercussions across the industry, but if advertisers are willing to pay a premium for viewable or viewed ads, then that should balance this problem out.”

Courtenay touts the positives of digital advertising, particularly that “you can’t hide from conversions”.

As he says, “If you’re tracking the user journey, the process properly and the outcomes, you can’t hide from that … To its own detriment, digital came to the fore as this measurable baby brother originally, and was at times too harshly judged on it … Apart from some small flaws, things everyone is working on, it’s undeniable where the value in digital lies”.