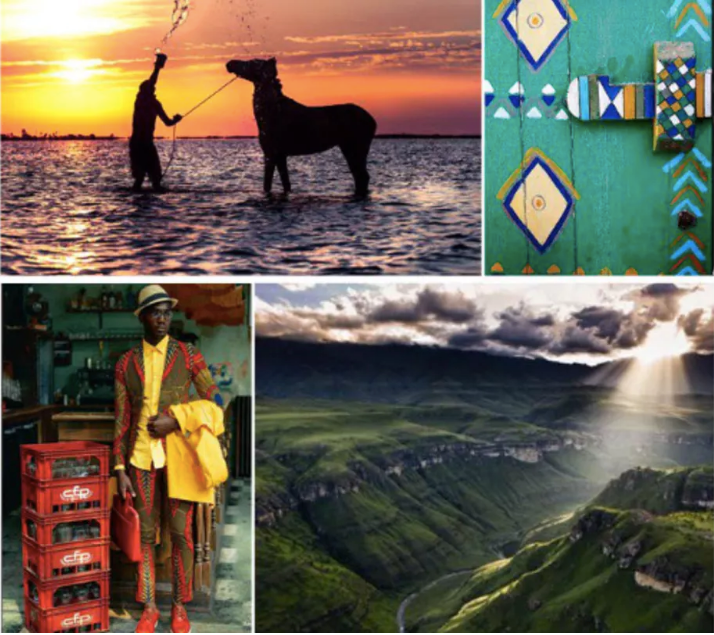 
Social media platforms are providing Africans with an opportunity to counter negative stereotypes by giving them representational agency.

These new representations could ignite a new Afro-positive turn.

Examples of another Africa

Different and multi-directional narratives about the continent are emerging in a number of different ways. For example, the Facebook blog “Everyday Africa” showcases,

Cell phone photography shot across Africa, in an attempt to form a more complete portrayal of life on the continent than the mainstream media allows.

It shows, among others, an array of images of children laughing, playing, on their way to school, or engaged otherwise. It shows men at work, plants thriving, busy produce markets and other such ordinary depictions.

The images are significant in their symbolic distancing from the stereotypical, pessimistic portrayal of Africa as a homogeneous block of violence, helplessness, human rights abuses and lack of democracy.

Similarly, the blog Voices of Africa aims to,

tell the stories the world doesn’t hear often enough. We believe the everyday accounts of Africans getting on with life deserve more attention. From the fashion-crazy women in Dakar to the eligible bachelors in Somalia; from the extravagant weddings in Tanzania to the nightlife in Nairobi, we want to showcase life in Africa by those who live it.

Such a lens for viewing the continent implicitly rejects stories built on the outsider’s gaze, instead creating insider tales.

I’m exploring Kigali streets. Clear why it’s named cleanest African city, even plastics are banned! The Africa they don’t show us on tv.

Another poster describes Kampala as a city “full of hope and promise”.

These various social media voices may be conceived of as participating in a “post-colonial” discursive struggle to contest the Afro-pessimist code book. There famine, civil conflict and disputed elections are used to portray as quintessential African-ness.

Complementing the blogosphere, through YouTube and other video sharing platforms, a growing number of Afro-positive speakers are engaged in a rebuttal of what they see as the bias of media coverage about Africa. For example, Mark Eddo, a communications expert and TEDx speaker, advocates “a new narrative”, lamenting,

The BBC did a story called ‘Welcome to Lagos’ … They went to a beach where prostitutes and drug addicts hang out. These are stories that should be told, but they are told again and again and again… That’s what you’ll think about my city, and it’s not true. The problems are there, but the opportunities are there as well and the picture should be more nuanced.

Likewise, in a talk titled “The danger of a single story”, TEDx speaker Chimamanda Ngozi, a public intellectual and awardee of the prestigious MacArthur Fellowship, urges that multiple stories are important:

Stories can break the dignity of a people, but stories can also repair that broken dignity.

To date, analyses and critiques of representations of Africa have tended to focus on traditional media. The Afro-positive turn in social media is yet to be studied comprehensively and scholars are still grappling with how to analyse the huge volumes of “big data” generated by social networking platforms meaningfully. Patrick Wolfe, executive director of Big Data Institute at the University College of London, says,

The rate at which we’re generating data is rapidly outpacing our ability to analyse it.

Nonetheless, the above examples give a substantive qualitative indication of the richness and depth of Afro-positive content, in terms of its explicit engagement with the politics of representation. In addition, the pages and videos mentioned confirm the scale of interest in these Afro-positive narratives. Ngozi’s TEDx talk, for example, has been viewed more than three million times.

Here there are opportunities for achieving even greater quantitative impact, if Afro-positive activists share their content with influential social media players such as BBC Africa, which has close to four million followers on Facebook.

Social media does present a powerful platform for creating more plural stories about Africa. But the Afro-positive turn should not be about whitewashing and romanticising Africa. It should be about challenging the simplistic nature of Afro-pessimism, through introducing multiple and complex images about the continent and its people.

And as new technologies become more widely available in Africa, Africans themselves will increasingly be empowered to undermine the “Dark Continent” thesis. They can reclaim their agency by creating and distributing their own self-representations. In this sense social media may be seen as a democratising space. Previously underrepresented voices now have a convenient and cheap platform for self-expression.