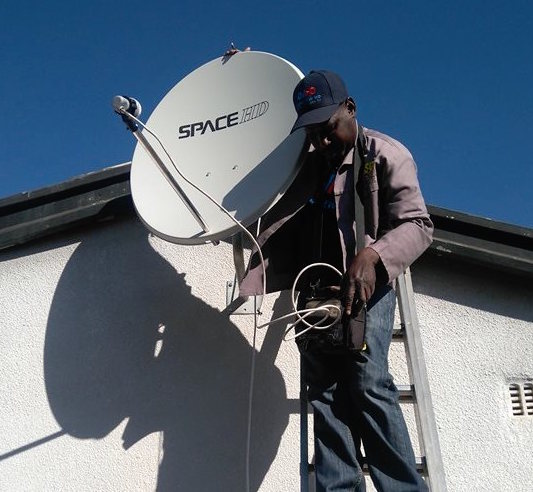 
OpenView HD is getting its own news channel. Slated to officially launchm in the last quarter of this year, OpenNews will have its own management, identity and look distinctively different from eNCA.

“eMedia Investments has the talent, knowledge and experience to launch South Africa’s first satellite free-to-air television news channel. OpenNews will be an independent news service, but hosts will be encouraged to ‘to take a view’ on regional, international, sports, entertainment and financial news,” he adds.

Van der Veen says OpenView viewers consume news differently from traditional news broadcasts. “Five years ago, eMedia Investments launched OpenView to provide free satellite television to the South African television market. We have consistently expanded our content offering on the platform and the success of our recently launched channels, eBella and Kwesé Sports, has demonstrated that our audience is attractive and sought after by advertisers.”

Over 1.2 million OpenView HD set-top-box activations have occurred since the offering was first launched, and new audience research has shown that viewers are wanting a local news channel on the platform.

The channel’s line-up will also include the recently launched entertainment programme, The Spotlight with Tanya Nefdt, and two new current affairs shows, The Tim Modise Show, and The Fix with Karima Brown.

A two-hour block of Afrikaans programming on eExtra (available on OpenView channel 105 and DStv channel 195) will also be added. The block will include entertainment, current affairs programming and a news bulletin.

eMedia Investments Group Head of Corporate Affairs Vasili Vass says, “The programme mix is in the final stages of being finalised and the line-up will be announced in the next few weeks.”

When pushed for further details about OpenNews and the OpenView platform, including how much investment eMedia Investments is making into the new channel, Vass responded, “We are not releasing more information around OpenNews at the moment. We are in the planning phases of the new channel … Details around the channel will be released closer to launch.”

Though he did say, “Investment in content on the platform is necessary to promote OpenView uptake and viewership. OpenNews and the launch of a nightly Afrikaans block on eXtra (including an Afrikaans news bulletin and current affairs show) forms part of this investment.”