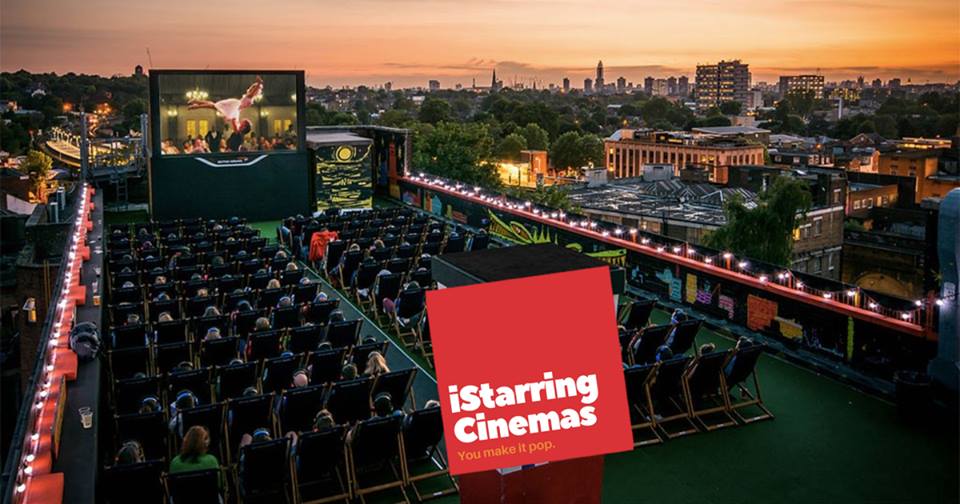 Power cuts, the wrong venue, cold weather, and zoning and licensing concerns – these were all problems faced by iStarring Cinemas at its debut screenings.

Taking place at the BrownSense Market in Midrand at the end of last week, the six screenings attracted roughly 150 people. “We had sold out all the tickets for the screenings. Only 50% of those people arrived. Our first learning was location for the cinema as many people said they couldn’t find the venue,” explains Luyanda Jafta, bootcamp general and CEO of The People’s Fund.

On top of an inappropriate venue, a power cut forced four screenings to be cancelled on the Friday evening and for the whole of Saturday, as the inflatable tents housing the cinema couldn’t be kept inflated. iStarring Cinemas is now exploring other tent options for future events.

Another lesson learnt was the demand for newer movies. “Older movies don’t do so well. We were averaging 10 people per screening for the older movies … New movies will do a lot better than the slightly older ones, especially because of DStv being one of the main financiers of movies in South Africa,” comments Jafta. “We now know a lot more about South Africa’s movie industry, than we did before,” he adds.

Movies that were shown included Love by Chance, She is King, and Pop, Lock ‘n Roll.

In order to create and host an outdoor pop-up cinema, an organiser needs to first get a Film and Publications Board (FPB) license, which gives them permission to show movies at a specific place. If international content is being shown, a MPLC License is required, though since iStarring Cinemas shows local content, they only need an agreement with the distributor of that content.

The chosen location for the cinema has to have the right zoning rights and various permissions sought from from the surrounding community. The City Council will give a landowner permission to utilise their land for entertainment purposes, while the latter ensures the surrounding community doesn’t have any issues with the event being hosted. Because iStarring Cinemas was only renting the land for the pop-up cinema, and doesn’t own it, they weren’t involved with the latter requirements. But they may be for future events.

“For future events, we will be looking at each location having the prerequisite zoning rights as well as approvals from the community … One of the things we took for granted, this time around, was their zoning rights. I didn’t understand before that an area has to be designated for entertainment and that we need to get zoning rights,” says Jafta.

The Media Online received a call late Friday afternoon from a member of the Neighbourhood Community Forum. They explained that complaints were coming in from some community members around noise pollution, excessive litter and cars parked in their driveways and on their verges.

Asked about this, Jafta countered that the cinema is silent as moviegoers listen through headphones, the noise was coming from other activities present at the BrownSense market, and that the cinema did not exacerbate the litter or traffic as it was already present from just having the market there. He reassured that when picking future locations though, all these elements would be taken into consideration. “That location wasn’t right and it was only a test location for validation. It is not easily accessible, so we won’t be screening there again. We will be testing different locations, where there’s already foot traffic which is natural,” says Jafta.

Despite all of the challenges, the event was a success, attracting the attention of representatives from the Industrial Development Corporation (IDC). That organisation is now in talks with iStarring Cinemas about a potential partnership, and iStarring Cinemas is looking for other relevant partners.

Key lessons from the debut of iStarring Cinemas