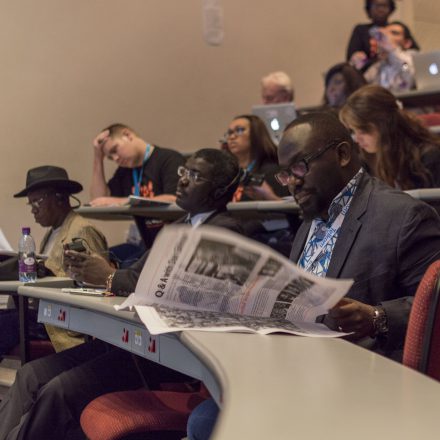 The future of media and the struggle to survive and remain relevant in an age of disruption, uncertainty and declining profits came under the spotlight in Cape Town this week.

Dozens of media managers, scholars, analysts and researchers and journalists from across the globe gathered for the World Media and Economic Management Conference, hosted by Rhodes University.

High on the agenda of many was who attended was to find ways to take on tech giants like Google, Facebook and Alibaba, who are gobbling much of the profit media once made.

Two slides during a presentation told the story of the havoc Google and Facebook have wreaked on the business models legacy media that continued with business as usual as these two tech giants ate – and continue to eat – their lunch. 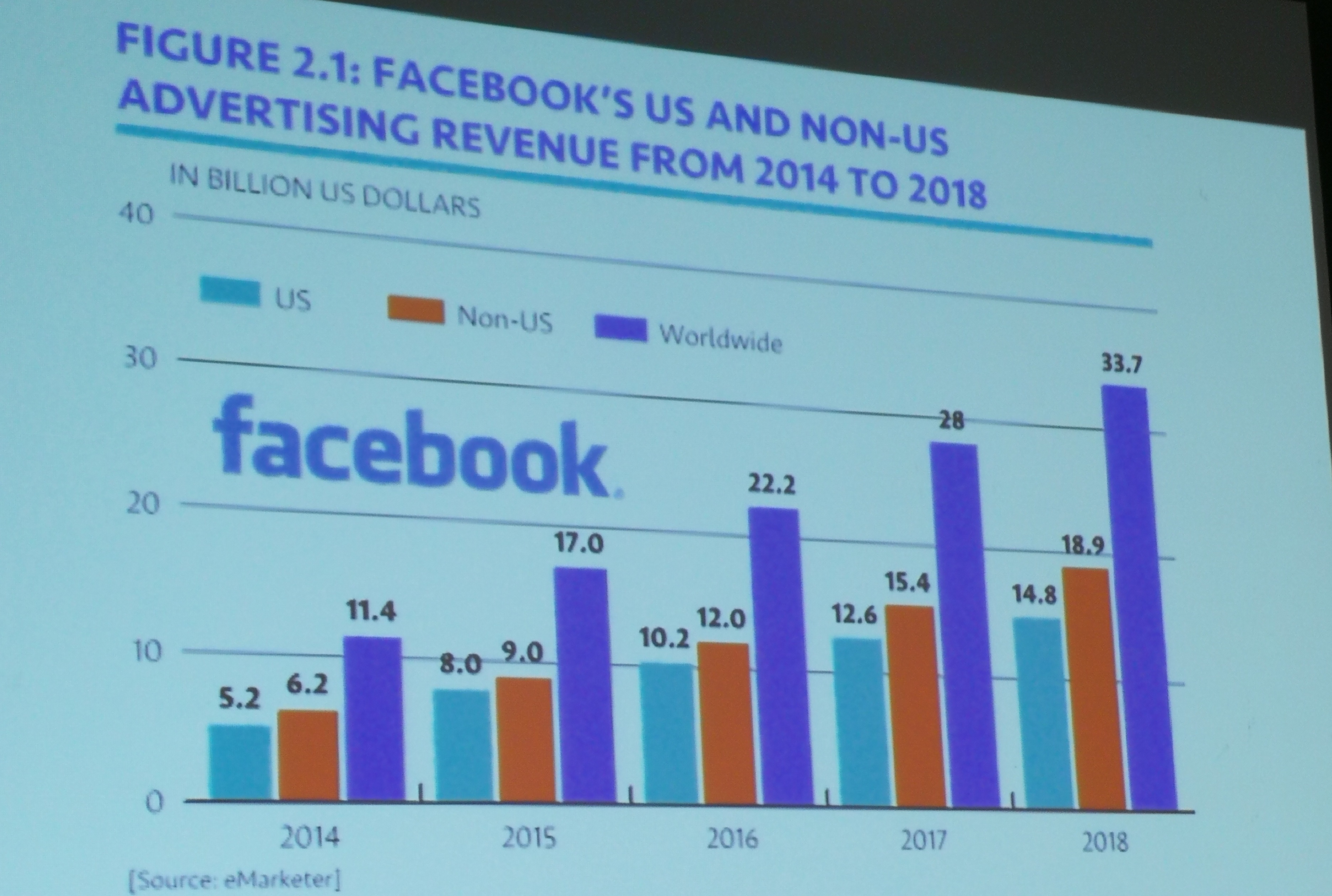 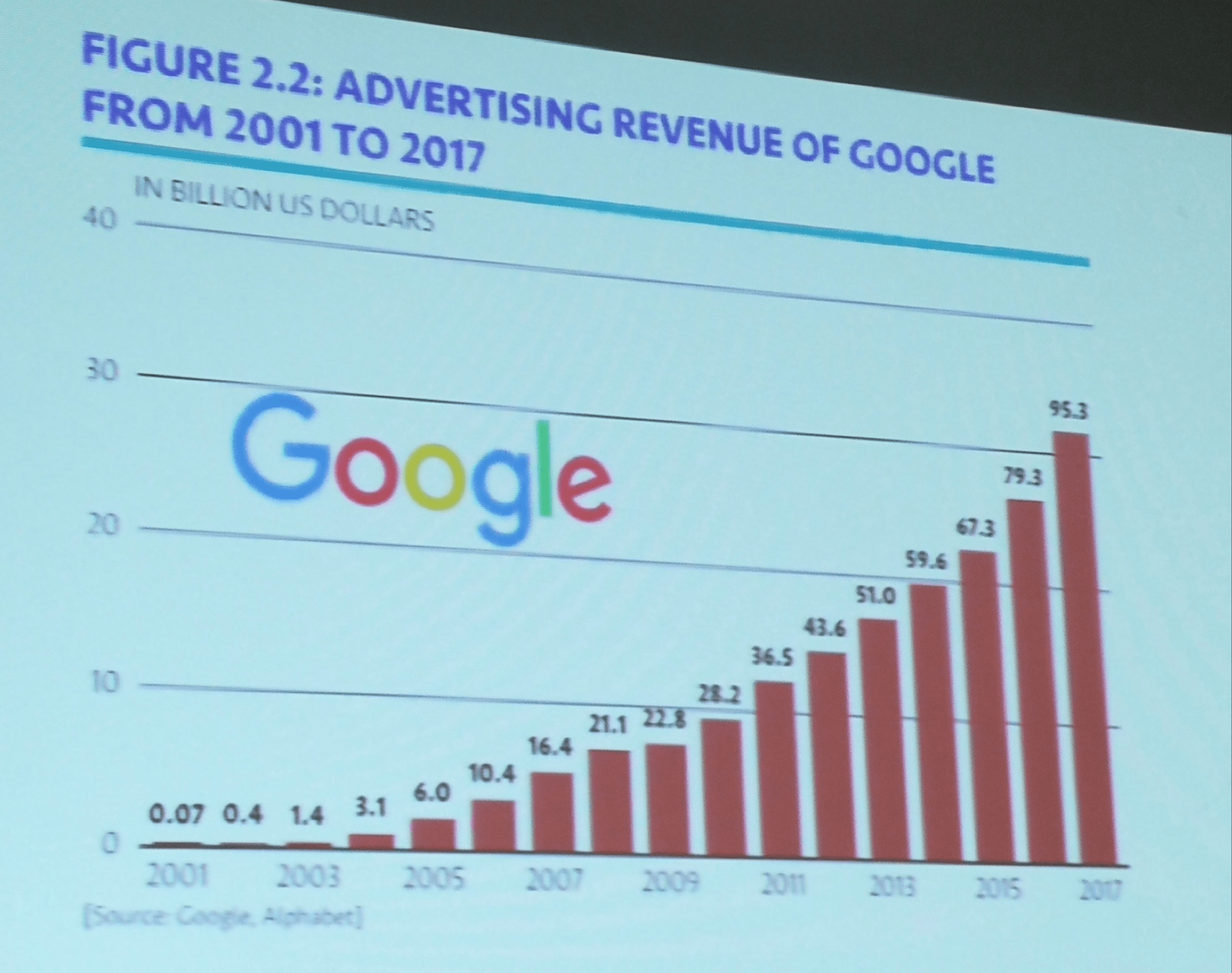 In his opening address Conference convener Francis Mdlongwa, the head of the Sol Plaatje Institute for Media Leadership at Rhodes, asked, “Should humanity in this ‘brave twenty-first century’ allow these technological platforms and other tech giants” to define and run — virtually solo and almost with impunity and without any meaningful regulation except for Europe’s nascent efforts of enacting the General Data Protection Regulation?

These giants, he said, were “running a global ‘platform economy’ that takes over the work of mainstream media and of hundreds of thousands of dedicated scribes who have for centuries provided humanity with mostly credible, high quality and ethical journalism”.

And in an interview later, he said that legacy media needed to change the way they did business. “We live in a rapidly changing world, yet media are not being innovative and are not doing enough to adapt. The greatest sin of newspapers was to give people their content for free.”

It was important for media to “go back to the basics and give people the stories they will value and will pay for. People will not pay for non-exclusive content that does not give them added value.”

This critical issue of using original quality content as a way to respond to disruption was raised by Sue Valentine, of the Open Society Foundation’s Opening Journalism Programme.

She said it is essential that media created a relationship with their audiences, where they listened and responded to what people were saying so they could deliver what they wanted – and, importantly, what they would be willing to pay for.

Media also had to constantly look for new ways to tell their stories across different platforms. Journalists need to think differently and constantly ask themselves “how do I tell the story”, she says. “We need to seek different partnerships and different ways of telling our stories

Out of the box

An example of thinking out of the box was illustrated in how Korrektiv!, an online investigative journalism website in Germany, leveraged an investigation they conducted into right wing terror, across different platforms to reach different audiences.

Besides publishing their investigation online as a long form feature, they also created a graphic novel and a mobile pop up exhibition.

Other examples included the Centre for Investigative Journalism, which entered into a partnership with a theatre company, and Live Magazine who created a show where journalists spoke about stories they had reported on, and how they’d done it.

Mapi Mhlangu, the managing director and editor-in-chief of eNCA, said the current TV business model in South Africa, which is largely dependent on advertising, was not sustainable. “Advertising only covers a third of our costs.

Cash-rich MultiChoice, which paid for three different news channels to be produced and run as part of their bouquet, was also able to offer advertisers “cheap rates – and then advertisers ask us for the same rates”, she said.

The message that emerged from the conference was clear: media will have to adapt or die, as has already been the fate of many newspapers around the world that simply disappeared because they chose to ignore the disruption that is the new normal for media as they fight to remain relevant and survive.