LATEST NEWS
Home Advertising KISS! That should be the rule for TV ads

KISS! That should be the rule for TV ads 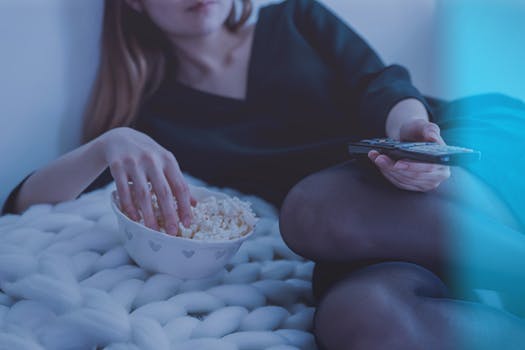 [NEW YORK] It has taken a couple of months in the United States for me to realise just what is wrong with South African television advertising.

In a nutshell, the vast majority of TV commercials are far too complicated and fire way over the heads of their target markets.

Let’s take a step back. When I last visited the United States, I didn’t have too much time to watch TV and when I did find time to sit in front of the box, I was horrified at the naïve and childish advertising on TV.

But now, having had a chance to really get acquainted with retail advertising on TV and speaking to those in the know, I have come to realise that those childish, naïve commercials were not the product of creative and strategy teams that had flunked out of school when they turned 10 years old, but rather some very clever people who understood the machinations of commercial communication and the power of persuasion.

After chatting to a number of marketing strategists in New York last week, I recalled what a very successful newspaper editor told me when I was studying journalism.

He said that in order to reach all of a newspaper’s readers, one had to write everything from reportage to opinion and editorials in a language that children in Standard 8 (now Grade 10) could understand.

That way, he said, a newspaper would be understood by everyone and not just a precious few who had tertiary education and an understanding of the English language and all its peculiarities and nuances so enjoyed by writers who try to show off with big words.

Precisely the same applies to television. In the United States they target the lowest common denominator and while the more sophisticated among viewers might think that the ads are childish, at least they get the message along with everyone else.

Something else that strategists and creatives don’t understand is the psychology of the viewer in terms of the amount of time and repetition required to successfully get a message across.

In South Africa, I believe the majority of our TV commercials are far too complex, practically demanding analysis and not just attention from the viewer.

Another problem in South Africa is that the average commercial more often than not turns out to be a little longer than expected at the final production stages, or the client wants it shortened to save costs.

What happens then is that pieces of the commercial are chopped out and because the client and the agency have watched it dozens of times they are still able to clearly grasp the context. But, when the consumer sees it for the first time it is nothing more than an unintelligible mush.

I firmly believe that the only solution to this anomaly is to intentionally create a commercial shorter than required so that instead of chopping, additional content can be added.

Something else that strategists and creatives don’t understand is the psychology of the viewer in terms of the amount of time and repetition required to successfully get a message across.

They can learn from those five minute ‘infomercials’ that remain extremely successful sales tools and which appear to be insanely repetitive.

Research by the big direct marketing companies in South Africa showed beyond a shadow of doubt that it took at least five minutes and constant repetition to call a viewer to action.

All of which shows that to try and get a message across in 20 seconds on TV is very difficult without an intensive flighting schedule.

And increasingly difficult if the message is clouded by complexity, obfuscation and subtlety.

Some of the best and most successful TV commercials in South Africa can be found on TV stations catering for the lower economic groups. They are simple.

Strangely enough, when one looks at the return on investment of TV commercials across the entire gamut of income groups, those lower down offer by far the best returns.

The old KISS adage still most certainly applies to advertising and in fact pretty much all media.