Loyalty cards: There’s no such thing as a free lunch 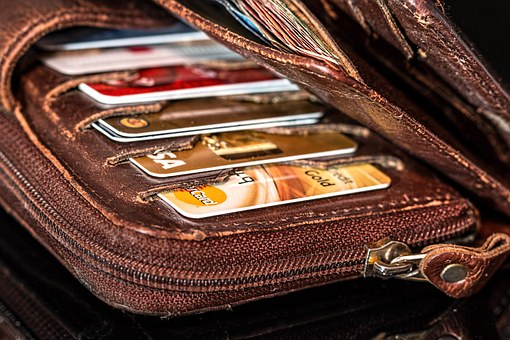 [OPINION] I’ve been reading quite a lot about loyalty cards and schemes recently. I don’t want to use words like ‘scam’ but many are perilously close to that.

There are many components in any loyalty system. Think about it. There are discounts, smiling service, convenience, range, cleanliness – even parking. The current rage is all about collecting points using a ‘loyalty card’ via a card or cell phone app.

Enticing customers is not a new concept. Take trading stamps for example (remember them in the pre-computer days?)

They were first made popular in 1896 when an American company called Sperry & Hutchinson gave customers stamps with every purchase (at filling stations, corner shops and supermarkets mainly) and when a customer had collected enough they could select items from a catalogue.

At one stage cigarette brands were putting their own trading stamps into packets of 10. I wonder how well that would be received today?

In 1958 Green Shield Stamps were introduced in the UK. I suspect they would be illegal these days because, essentially, they are not in the best interests of the consumer. I also suspect that today’s loyalty schemes wouldn’t stand too close an inspection either. I’m not suggesting any illegality here but they do raise some serious moral questions.

Back in the day

My mother once had a small shop and the Green Shield Stamp chap came and basically said, “If you offer stamps you’ll get more business because your competitor across the street doesn’t offer them. If you sign up then we won’t allow him to offer them either. Obviously that means more business for you.”

So she did, fearing they’d make a similar offer across the street and, by doing so, affect her own business. It involved buying a wad of stamps from Green Shield and then giving one for each sixpence a customer spent.

Of course, it didn’t take very long before her competitor was also giving Green Shield stamps away because the rep didn’t keep his promise. Was that illegal? I don’t know but it certainly is a lesson on how to create a business (a very big business) out of nothing.

Garages were the toughest market. Everyone was giving them out. Pretty soon my local garage was offering “double stamps” and the competitive retaliation was “treble stamps” and then, of course, “quadruple stamps” etc. It was crazy.

Stamps have gone now – mainly because the supermarkets like Tesco stopped co-operating and ceased giving stamps, but rather offered lower prices.

Then the petrol shortage meant there was no need for garages to compete directly with each other.

So stamps, as they were then, are no more.

They’ve mainly been replaced by “loyalty cards”. Just about every major retailer (and a lot of minor ones too) have these cards. Airlines were amongst the first to jump in, closely followed by the banks.

But do these “loyalty schemes” actually produce more “loyalty”?

I have my doubts in most cases.

It’s obvious that you get more income from existing customers and how do you do that? Well, I doubt that a loyalty programme is going to accomplish it alone.

What about other areas like a smile on the cashiers’ faces? Product knowledge and higher stock levels? Quality? Convenience, guarantees, cleanliness. Simple, plain politeness.

That’s what keeps me going back to Woolworths (not their card). It also means, for some of those reasons, that I tend to go to the same restaurants.

I personally have several airline loyalty cards, major retail cards and, oh I don’t know, at least another dozen or so assorted cards and member schemes. I’m not loyal to any of them. They just gave them to me. I didn’t have to buy anything (or even commit to buying). But I have to put up with a barrage of messages so I simply block them. But that’s another story.

According to a reputable research company, Clicks are on record as saying that, “members now account for 77.5% of our (total) sales”. They’re all delighted with this finding and I just don’t get it. They think the numbers are “impressive” and yet I can’t see why they would think this.

I, too, have a Clicks Card and, sure, when I buy something there then (if I remembered to bring the card) I allow them to swipe it. The thing is that I’m not going into Clicks to buy that product to get points. If there was a Dischem store closer then I’d go there.

So don’t suggest or imply that “members” drive up sales. They don’t.

I have a Pick n Pay loyalty card too and the same thing applies. They say delightedly that their approach (a combination of “instant gratification” and “delayed gratification” clearly works). They’ve been quoted as saying that 75% of revenue was tracked on its cards – up from 72.6% the year before. I say again; “so what?”

As far as I know, the only bank that doesn’t have have a loyalty programme is Capitec and prefer to offer their customers lower banking charges. From the queues I see outside their branches I’d say that policy appears to be working. It’s a variation on the “special offer” and I’m a sucker for those.

Don’t get me wrong, I rather like my British Airways card because, primarily, I like British Airways and I love being surprised by my bank cards’ reward points – they can be very handy.

But when you think of ‘loyalty programmes’ remember my Mum’s little shop and the fact that she had to put up her prices to pay for those stamps.

There’s no such thing as a free lunch.