LATEST NEWS
Home Broadcasting Radio Millennials and radio: ‘If you’re not on a phone, you don’t exist’

Millennials and radio: ‘If you’re not on a phone, you don’t exist’ 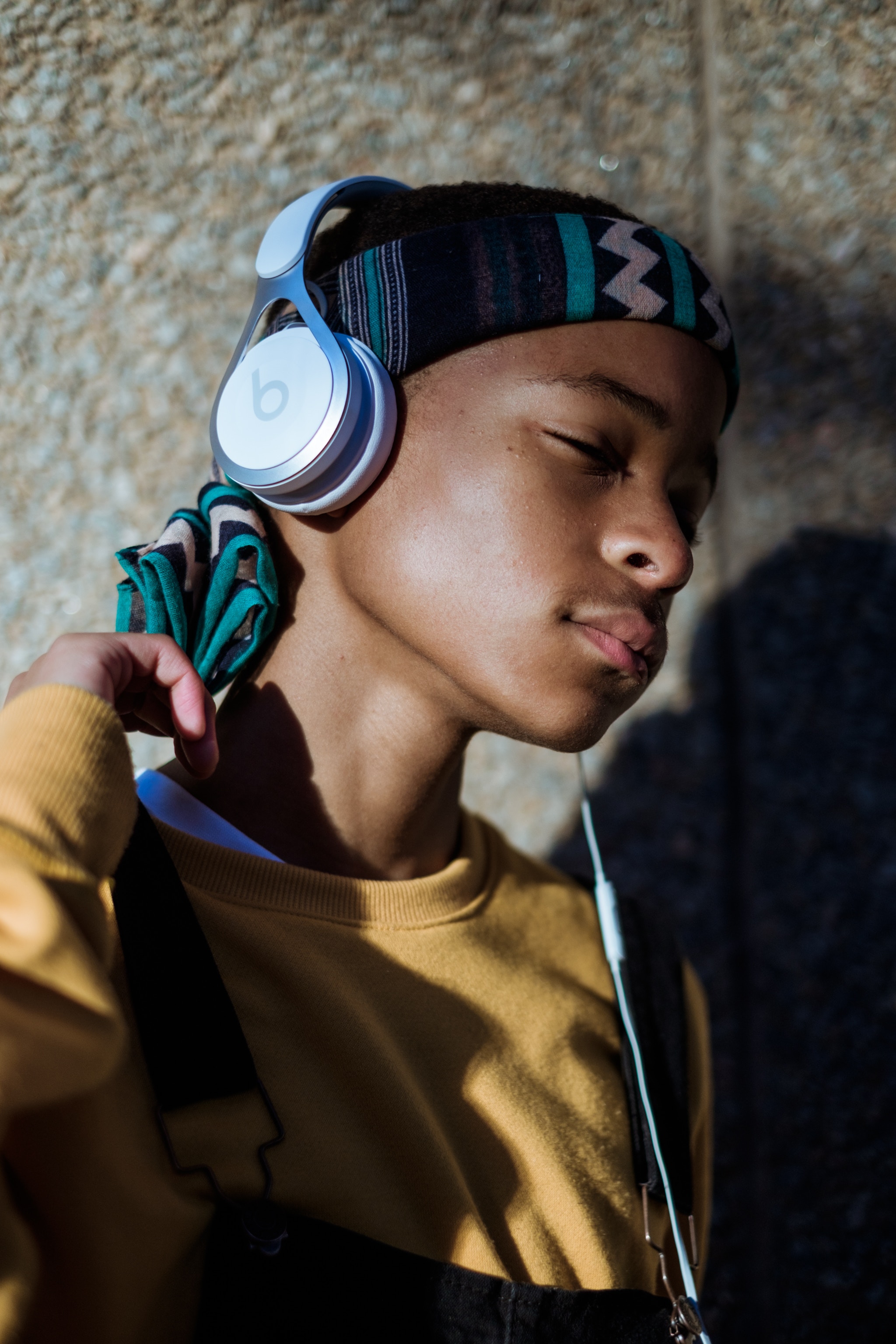 
Millennials and radio. Does this generation still listen to radio? The short answer is ‘yes’. The longer answer is they’re listening to audio, but if it’s not on their mobiles, you might not as well be trying to reach them.

“While the headlines are telling people that new technology will destroy radio, the facts tell a different story. In the UK the radio business puts a lot of money through the economy… In Australia radio is outstripping the music streaming services by a factor of about 6 to 1,” CRA’s Joan Warner,” said at a Singapore conference in June.

Thanks to millennials, radio in South Africa is alive and well, although terrestrial radio may take a knock from its digital competitors, it’s still a significant player in the greater audio mix.

“Millennials are actually listening to more audio content but across more platforms, so traditional radio can’t take their loyalty for granted,” says Rivak Bunce, managing director United Stations. ‘This does not mean they are abandoning radio. They may be glued to their smartphones, but their consumption of broadcast radio is pretty much holding steady while overall listening to digital radio has grown, particularly in the form of podcasts.”

Bunce reckons millennials are spending about the same amount of time listening to traditional radio as they were years ago – even with new media fighting for engagement time.

But Rina Broomberg, co-founder of Cliffcentral.com, says “Millennials are listening to their own music, podcasts, audiobooks and a little bit of radio.”

She adds that given the availability of options, millennials choose with caution. “In the past, people were broadcast to, now they choose to listen to and watch only things they want. I call it narrowcasting.” Broomberg says powerful niche audiences are replacing mass audiences.

According to Adj Professor Franz Krüger, HoD: Wits Journalism and director Wits Radio Academy, research in the US shows a steady increase in listening online, in various forms (streaming, podcasts, music streaming services etc), “and it’s a fair assumption that the curve is steeper among younger listeners, including millennials, than older ones”.

However, he cautioned not to assume the same pattern for South Africa in the current scenario or even in the future. “Costs of data are still a significant factor for many. I think the claims of some online radio stations are overstated – there is not solid evidence to back up a massive swing to online now. There is a swing, but it is not as dramatic as some of these new players are claiming. Traditional FM radio remains the dominant form,” he says.

He adds that at least some of this non-FM listening is in fact radio stations, but that are delivering their content via a different route. Emerging from South African research is the importance of radio listening via smartphone – “… this is now the second most important receiver, second only to the traditional radio set (ahead of cars, for example). In most cases, this is listening via an inbuilt FM receiver.”

Says Broomberg, “Their mobile phones are the only thing they absolutely always have on them. If you’re not on the phone, you don’t exist.”

Bunce asserts that millennials are significantly more likely than the 35+ audience, to use two or more apps to stream music. “They are definitely not ‘sit-back’ listeners when it comes to music. They also over index in terms of podcast listening, with 24% listening to podcasts at least once a week and more than half of those listening every day. In the car, though, radio still rules.”

Bunce says the reality of this generation (defined as those born from 1980 until just before the turn of the millennium, according to Kruger) and today’s media scenario is that the addition of new offerings has actually inspired increased consumption.

“Podcasting is definitely the winner and its popularity has exploded. Millennials love on-demand content for not just music and other entertainment, but for news programming as well. They are binge listening to podcasts as much as they binge-watch Netflix,” he says.

There is no commitment to ‘appointment’ time for specific shows. “Young people want their content on demand,” says Broomberg. “They listen when they can and when they want to, and the old idea of time-slots is becoming less relevant.”

Bunce agrees that all the evidence points to this (appointment time) not being the case. “Millennials do have a deep emotional connection to their favourite stations and local personalities and DJs. “When they are listening to traditional radio, the most popular genres are urban contemporary and contemporary pop.”

He adds that listening options in South Africa are plentiful offering millennials a lot to choose from. “Going by the size and success of those stations that are targeting this market, the rise of online audio and podcasting providers such as CliffCentral and the relative ease by which streaming music services such as Apple and Deezer have entered the market, I would say millennials are enjoying and taking advantage of what is available.”

South Africa is producing some incredible stuff, Broomberg says. “At CliffCentral.com, we’re the African continent’s biggest podcaster and we’re focused on creating global-quality content. Local voices, local stories and local interests are a powerful way to connect with our own communities and the rest of the globe.”

Advertising, Kruger says, is now about content. “The brands that can create authentic, native content will reach the niche audiences better than those who ‘spray and pray’ to general mass audiences. Branded content in podcasts is an effective, organic, affordable way to get into consumers’ ears and lives,” he believes. 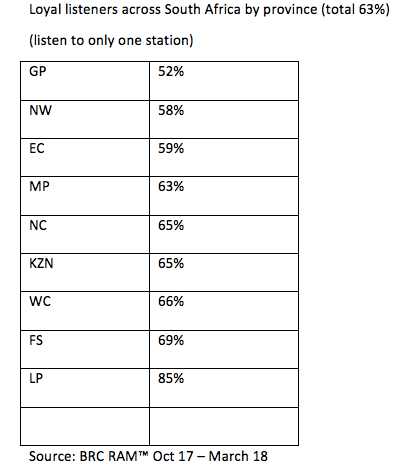 Broomberg concurs. “Generic advertising is starting to fall off the radar.” She explains that because millennials are choosing content for themselves, psychographics and substantive research must be utilised “to find out what they care about, and reach them where they’re going. This means a good media plan should focus on branded content, delivering that branded content, and helping content creators to give audiences what they want.”

He stresses the importance of integrating social media channels and the rise in the trend of social influencer marketing.

According to Broomberg, CliffCentral.com houses a millennial band which comprises a series of shows/podcasts hosted by millennials amplifying and connecting the voices of their generation. Sponsorship is available across this band to reach young people who are interested in being part of these conversations.

She adds, “We have done several campaigns on CliffCentral.com which include creating and curating content pieces which are amplified through social media where the millennials are engaging.”

For Bunce the brands that stand out as really engaging millennials right now are Netflix, McDonald’s, Uber, Coca Cola and Samsung.

Regarding trust in radio, Broomberg claims millennials are not that interested in terrestrial radio, preferring to get music themselves from Spotify, Simfy or Apple Music. “Unless the presenters are very smart, very funny and exceptionally relevant, they don’t really have a role to play.”

But, he adds, “Millennials have a deep connection with their favourite radio personalities and we see them share what they hear on the radio with their families and friends. This connection is largely due to radio stations planting deep roots in local communities. They view their favourite personalities as trusted friends who they can rely on to deliver news, weather, sports, traffic, local events, etc.

“What we have learnt is to create experiences in which millennials can participate. For example, they love to share content, so we try to develop opportunities for them to join in the fun.”

He adds that the alignment or radio with causes, resonates particularly well with millennials. “Choose the right cause and they will align with you. There is high demand for these opportunities which are extended into events and influencer marketing, etc.

“We also take the radio station and the advertiser to where they are, physically and on social and mobile.”

Radio listening in the US