Earth-moving media merger in Australia as Fairfax and Nine merge

The media terrain in Australia was subjected to an earth-moving merger this week as Fairfax and Nine announced they would merge. Fairfax – which is over a century old – will no longer exist, as the two will be known as Nine and will create and broadcast content across television, radio and online.

The deal will allow the companies to pool assets, reduce costs and streamline management, to adapt to the changing environment. It will also give Nine access to a journalistic “assets” such as investigative reporters. That deal involves more than 100 job losses, but the savings of around $15 million a year will help to preserve Fairfax’ newspaper operations and staff, and could stave off future job losses,” the Australian Broadcasting Corporation, ABC, reported.

To find out all about this mega deal, visit ABC here.

Get off social media for Scroll Free September 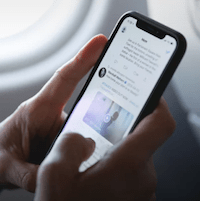 Social media addiction and the harmful effects of spending too much time on the likes of Twitter, Facebook and Snapchat has been making headlines in recent times.

The Royal Society for Public Health in Britain has launched a campaign called Scroll Free September, similar to Dry January (alcohol abstinence) and Stoptober (for smokers who want to quit), which encourages social media users to put down their phones and tablets more and not engage with the digital community. They have framed it as “people taking back control of social media”.

To read more about the campaign, published by The Guardian, click here. 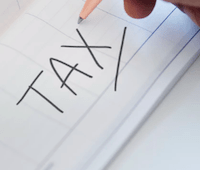 The standoff continues between Ugandan citizens and government, over the latter’s implementation of a social media tax.

Access to social media networks, as well as dating apps Tinder and Grindr is blocked, unless a person pays a 200-shilling (R0.72) daily tax.

Protesters are urging citizens to not pay the amount, through a recorded message that blasted out of loudspeakers around the country’s capital Kampala.

To find out more about the situation, published by Mail & Guardian, click here. 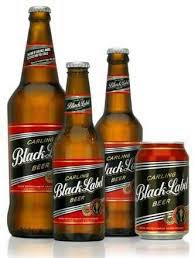 The world’s largest brewer is making significant changes to its organisational structure, and that includes overhauling its senior marketing team. Anheuser-Busch InBev, two years after its takeover of South African Breweries (SAB), is slimming down its number of geographic management zones, from nine to six.

Africa and Europe will continue to be reported as a combined EMEA region, but it will have a new zone president in Ricardo Moreira. “We are making these changes to more closely align with our consumers, make our company more agile in the zones, and proactively pursue growth opportunities,” AB InBev said in a statement.

For the full story, visit WARC. 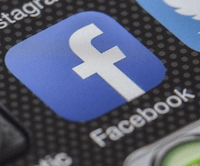 It was the biggest stock market wipeout in US history on Thursday as Facebook shares dropped 19%. This translated to a nearly $120 billion decline in Market capitalisation, Bloomberg reported. It cost Mark Zuckerberg personally in the region of $15 billion (he still has around $71 billion left so he’s not quite in the poorhouse yet).

So what caused the upheaval? According to Shira Ovide, it was the social media giant’s earnings report that was an “utter disaster for investors.” Despite 42 percent revenue growth and 2.5 billion global users, investors had ot used to “the idea of Facebook growing to the sky forever. And those days appear to suddenly be over”, Ovide wrote. As Bloomberg’s Matt Levine pointed out, being able to lose a record $120 billion in one day “is a more impressive financial accomplishment than anything that almost any other company has done in the history of stock markets”.

Check out the Bloomberg story here.

Good day at the office for Amazon

But at Amazon, things looked a whole lot better. Advertising helped push Amazon’s profit up to $2.5 billion. The Amazon Advertising Platform (AAP) is being used for a broader scope of marketing use cases, including shopper marketing, product discovery, brand awareness and performance e-commerce ads.

Amazon’s gross sales – including global retail sales, AWS, advertising and subscriptions – totaled $52.9 billion, AdExchanger reported. “Amazon’s ad platform still has improvements it can make as it pulls away from the pack as a true contender to Google and Facebook in online advertising,” it said. The company’s CFO is more than happy. ““Advertising is starting to make an impact on gross profit,” said Olsavsky. “Conceptually, stepping back it’s now a multibillion-dollar business,” Olsavsky said, with adoption across brands, sellers and developers.

For more, check out the full story on AdExchanger.