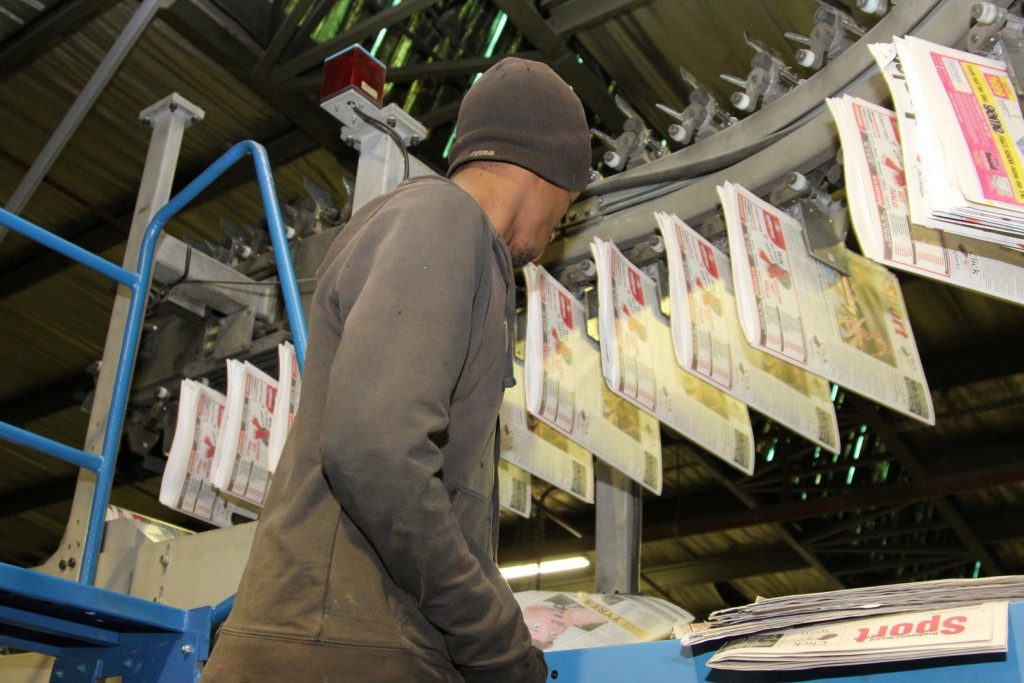 The continued decline in circulation and advertising revenue in South Africa’s newspaper and magazine publishing sector put pressure on the results of Caxton and CTP Publishers and Printers, which reported a 5.7% decline in headline earnings to 109c a share in the year to June.

Caxton is the publisher of the Citizen, local ‘knock and drop’ newspapers and magazines including Bona, People, and Farmers’ Weekly, and is involved in commercial printing, packaging, stationery manufacture and book printing.

The poor economy and declining circulation and advertising revenue are reflected in a 1.1% decline in revenue to R6.3 billion.

Although down, revenue did show a second-half improvement, with improved demand in some operations and a positive contribution from Media24 newspaper and magazine work gained in the last quarter. 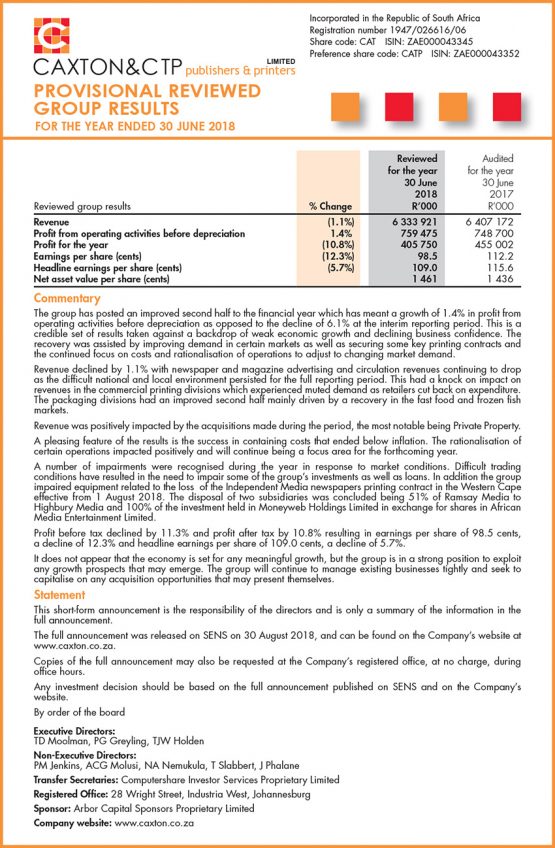 The lower circulation and advertising revenues had a knock-on effect on revenues in the commercial printing divisions which has less throughput, while acquisitions, notably Private Property and some packaging operations, had a positive effect on revenue.

Directors said the results were achieved against a background of a subdued economy and changes in the advertising, printing and publishing sector.

Caxton’s performance did improve in the second half – profit from operating activities before depreciation grew 1.4% in the full year after dropping 6.1% at the interim stage.

The recovery “was assisted by the acquisition of some key printing tenders, recovery in certain markets, the continued focus on costs and rationalisation of operations to adjust to changing market demand.”

Raw material, staff and operating expenses were contained below inflation, while costs were reduced by rationalising some operations.

However, pre-tax profit declined 11.3% and headline earnings were 5.7% down.

Acquisitions during the year included 52.65% of Private Property and 5% of Novus, while Caxton sold 51% of loss-making magazine business Ramsay Media to Highbury Media and 100% of its investment in Moneyweb Holdings to African Media Entertainment for an exchange of shares.

Local newspapers’ digital offerings increased unique users by 21% to over 45 million unique users per annum, making the group the third largest online publisher in South Africa, according to its directors.

They said recently-acquired Private Property has a significant market share in the property market with revenue growth of more than 30% in recent years. In the period under review, revenues grew 9% and net income 16%, and they expected synergies with the group’s local digital assets.

Results of newspaper printing operations were “stable” despite the closure of two national dailies, the loss of the Independent Media printing contract in Gauteng and the Western Cape, “and the continued decline in print orders and paginations”. This should be offset by it winning the tender for Media24 newspaper titles in Gauteng.

The magazine division’s performance improved with digital revenues compensating for the decline in traditional revenues.

But declining circulations and revenue and increasing costs are affecting profitability and it is looking at consolidating magazine distribution into one network.

The book and magazine printing division grew profitability despite a decline in turnover, mainly driven by reduced government spending on educational textbooks.

This division will be printing Media24’s monthly periodical publications for three years.

The packaging divisions recovered in the second half with improved demand for packaging for fast food and frozen fish, but cigarette packaging continues to be affected by illicit trade.

Marcia Klein is a business journalist.