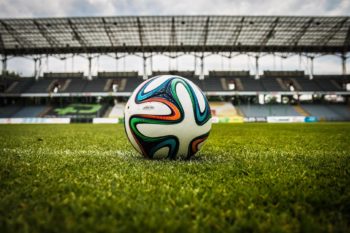 The SABC has clarified the situation around the English Premier League broadcast rights.

Many people asked how a the supposedly cash-strapped public broadcaster could afford these sports rights, especially after it publicly revealed that it wouldn’t be broadcasting PSL matches on its radio stations, though that situation has since been remedied.

“The rights have been sub-licensed from the main rights holder, Kwese Sport for a duration of one season … Given the SABC’s current funding model, the corporation has to find commercially viable products to invest in, in order to realise returns, which it will re-invest into its public service mandate content,” the SABC said in a statement.

“The low investment into the English Premier League will allow a greater return on investment which will go some way into SABC being able to meet its non-financial viable investments, particularly sports of national interest and news.”

Sports rights are a contentious issue in South Africa, as we explored in this article recently.

The deal allows SABC to broadcast the FTA matches on SABC 3 every Saturday afternoon at 16h00, local time. But don’t be surprised if your favourite team doesn’t feature, as only 33 live matches for the entire season will be shown (chosen by the English Premier League).

The public broadcaster refused to divulge the value of the deal, “due to commercially sensitive information”, but reassured the public “the cost to the SABC is minimal compared to its investment into other local sporting codes”.

The acquisition of the rights was a strategic decision by the SABC to further diversify the channel’s content offering, as well as an attempt regain viewers.

“Increasing its revenue base is one method of the SABC remedying its cash flow challenges. Furthermore, the SABC is negotiating favourable payment terms like it did with the English Premier League, with its other critical football rights holders like SuperSport and SAFA.”

#SABCEPL The SABC has been slammed for the EPL rights,following failed negotiations with Safa to broadcast Bafana Bafana and Banyana Banyana matches on its television stations.

Wena njandini @RobertMarawa i will listen to your show tonight and call in… I want to ask you personally about your opinion on SABC buying expensive EPL rights but always crying about being "broke" when they must show us Springboks, CAF CL & CCC plus Bafana Bafana.

So the Sabc can't secure live Psl midweek games, big PSL matches, NFD, Bafana and CAF broadcasting rights but can secure EPL rights? This is an insult to our own.

So SABC can afford EPL rights but they can't afford to broadcast Bafana Bafana, Banyana Banyana, springboks games, #CAFCL. Generally we are not taken serious as a nation.