The real story: What is happening with Mzwanele Manyi’s media assets? 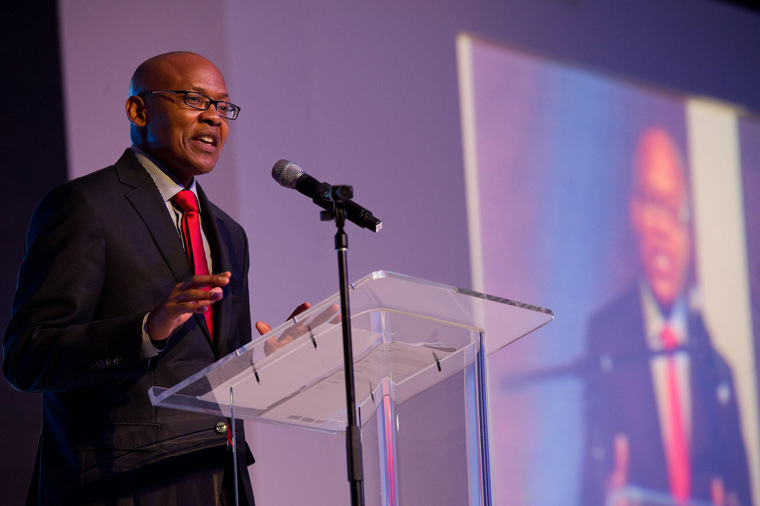 To get the latest on the situation, we decided to go straight to the source, Mzwanele Manyi himself. He referred us to Ross Richards, a partner at Cavanagh & Richards Attorneys, who is acting as the legal representative of Afrotone Media Holdings and its directors.

Q: What stage is the liquidation process currently at?

A: TNA Media (Pty) Ltd t/a Afro Voice was placed in provisional liquidation on 24 July 2018 by an order of the High Court of South Africa, Gauteng Division, Pretoria. The return date for hearing whether a final order of liquidation will be granted is 13 November 2018.

Q: What are the next steps that will be taken?

Should a creditor or an employee deem it fit to oppose the final liquidation order, they can do so if they can prove that the company is not commercially insolvent and that it is not equitable (fair and just) that the company be liquidated.

Q: Why did Mzwanele Manyi choose to go this route with Afro Voice?

A: During the period August 2017 to June 2018, the Applicants used their best endeavours to rescue the business of the Respondent in the hope to restore same to its former glory so to speak.

In addition to the aforementioned endeavours, Mr Manyi and the directors of Afro Voice engaged in a range of initiatives in an attempt to reduce the ever increasing operational costs of Afro Voice. The aforementioned initiatives, inter alia, included the reduction in pagination of the newspaper from 28 pages to 20 pages, the closure of the Northern Cape edition and the termination of freelance journalist services.

In the absence of any prospects for further financial assistance, Afro Voice has no other alternative but to cease operations so as to avoid a continuation of the business in insolvent circumstances.

It is common cause that globally the print media is in decline as a result of a migration from print media to the digital platform.

In light of the aforesaid, it is submitted that notwithstanding the various efforts by Mr Manyi and the directors of Afro Voice to commercially sustain the business of Afro Voice, in the face of the substantial decline in Government and commercial advertising, the canning of the business briefings and the ever increasing operational costs, Afro Voice is commercially insolvent without any viable and/or sustainable prospects of being rescued from its dire financial position.

A: ONLY TNA Media (Pty) Ltd t/a Afro Voice was placed in provisional liquidation on 24 July 2018 by an order of the High Court of South Africa, Gauteng Division, Pretoria.

The provisional liquidation has nothing nor any effect on ANN7 t/a Afro WorldView.

Q: What implications does the liquidation have on Mr Manyi’s finances and media business as a whole?

A: In South Africa a company is recognised as a legal entity separately from its shareholders and directors.

Our offices was instructed to apply for a provisional liquidation application of the company, and are therefore in no position to comment on the implications thereof on Mr Manyi or the media business as a whole.

Q: How does the liquidation affect the employees of Afro Voice? What is the plan with them?

A: In terms of the Insolvency Act No. 24 of 1936, as amended, and the Labour Relations Act, the contract of employment of the employees is automatically suspended by the provisional liquidation. The employment remains suspended until notified of termination or re-employment by the Joint Liquidators, alternatively their employment will be automatically terminated 45 days after the appointment of the Final Joint Liquidators. The final appointment of liquidators will only happen after the final order has been granted and the first meeting of creditors has been held. We estimate that this will only be in the first quarter of 2019.

During this interim period the Joint Provisional Liquidators may wish to continue trading some of the business to finalise certain contracts and some staff may be re-employed by the Joint Liquidators to work on these contracts or to attend to administrative functions. Such staff members will be paid their normal benefits during this period if utilized by the joint provisional liquidators.

As at the date of the Provisional Liquidation order the employees will have a claim against the company in liquidation for monies that are due to them in respect of any salary or wages, any leave pay/holiday pay due, any payment due in respect of any other form of paid absence and any severance pay due (one week’s pay for every completed year that the employee has been employed by the company).