Why the media is not ‘the enemy of the people’ 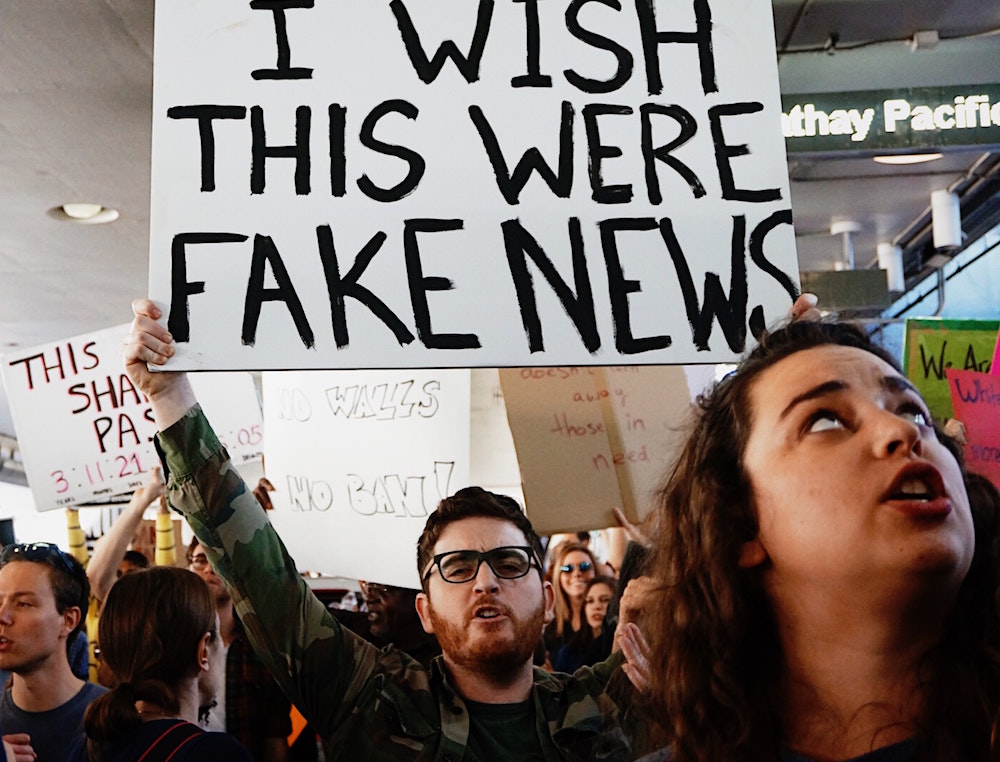 [OPINION] These are some strange times we live in. The President of the United States is literally calling the media the “enemy of the American people”, which is a clear escalation of his previous name-calling of “fake news.”

He doesn’t like that a large portion of what most people would refer to as the mainstream news are typically critical of him and everything he says or does.

I saw a chart get passed around online that mapped the political leanings of all the primary news outlets in the U.S. I found it fascinating that we have such a wide range of opinions that match to such a broad list of news outlets.

You can almost always find some news source that caters to your own personal opinion — and that’s why we get into trouble. We have created a world that surrounds us with a network of support for our own political views. We are rarely, if ever, offered the easy opportunity to see what others think. You have to actively seek it out and spend time to do so.

Your social news feeds (Facebook and Twitter) are the two biggest reasons why this is the case, because their algorithms are intended to tell you what you want to hear — and they do this very, very well.

I spent some time last week perusing news sites for the “other” side of the story. This column is not going to provide my point of view, but I will simply make a plea that if you want these problems in our country to go away, you should spend some time reading or listening to the folks on the other side of the aisle.

No single media outlet is going to portray a truly unbiased opinion in today’s world because outlets are run by people, and people inherently have a point of view.

As the old saying goes, the first step to solving a problem is actually understanding the problem in the first place.

After having reviewed a number of sites and trying to understand the other point of view, I realised the media is indeed part of the problem because the media preys on the audience it represents. No single media outlet is going to portray a truly unbiased opinion in today’s world because outlets are run by people, and people inherently have a point of view.

The largest issues our country faces revolve around the economy and racial intolerance, and there is no true middle ground there.  All people should be treated equally, and all people should be given the opportunity to succeed.  That is not up for discussion, but the methods for setting up programs to help achieve these goals certainly can be debated.

The media has a dual role. First, it is to facilitate the spreading of information. Second, to hold folks at the top accountable for their actions.

The media does a very good job of both of these tasks, and for that I am thankful. The media is not the enemy of the people.

The good news is, this is our problem and we can fix it by ourselves. We can choose to open up and listen to both sides of the argument. We can choose to ignore rhetoric and vitriol. We can be open to debate and honest in our points of view, and we can approach these topics with a positive mindset.

The media would serve well to decrease the focus on hyperbole and refocus on constructive development of discourse. That would be a step in the right direction.

Imagine the Washington Post publishing one week and delivering both sides of the discussion just to make sure it was representing the people equally? Imagine if Breitbart News accepted editorial from left-leaning folks with a rational argument to be delivered to the right?

I can’t make any of this happen, but I can influence the world around me by demonstrating a positive and open approach. If the other side feels they are being heard, maybe they will be open to listening as well?