Open News is the result of viewer demand for a South African news channel on the platform and aims to keep viewers informed and entertained with a fast-paced overview of top local and international news stories.

Through its relaxed personality-driven format, the channel’s anchors will weigh in on stories, share their opinions and engage with viewers in real time.

Outgoing eMedia CEO, Andre van der Veen, said the brief to managing director Nisa Allie and her team was “to be brave – not to be afraid to venture an opinion and to push the boundaries and engage the audience. We want to say on air what everyone is thinking in their minds”.

With the rise of social media, people are now consuming news in bite-size chunks from multiple sources and are not sitting down for long periods of time to watch the news on TV.

“We know that there is a gap in the market. Not everybody wants to sit down and watch long format, analysis driven news. And people have already consumed a lot of news by the time they get home in the evening. So Open News caters to those people who don’t want to sit down and watch the news for hours. Our news will be pacy, bite-sized and give people a summary of what’s going on in their world in a fast manner,” said Allie.

“Open News offers viewers an entirely new way of experiencing the news. Sharing the screen with our anchors is a team of savvy video journalists, who will approach news in a fresh, punchy, fluid and engaging way. Using the latest technology, we are moving away from the traditional format and merging television news with social media,” she added.

Presenters will be encouraged to offer their opinions and will be vlogging on location, using cellphones as their primary source of video to present in real-time. This type of on-the-go video presentation is different to the slick, edited video production that audiences have been used to in the past and Allie said she expected some viewers might need to get used to the new format, but that it would be well received and would stimulate viewer engagement.

The social media element will play a big role in the Open News offering with a dedicated social media presenter. “We want to take the discussions and debates that are happening on those platforms and bring them to the TV screen. South Africans want to engage and we are including audience opinions – the conversations on Twitter, Facebook, Instagram, WhatsApp voice notes and videos as an important part of what we’re offering,” said Allie.

Allie said that they were aware of the risks from social media such as fake accounts and people trying to push a certain narrative. “Open News has embraced the best of the old world and the new world. While our team of reporters are young and energetic and using the latest technology, capturing vlogs on their cellphones, the old guard – our management and editorial teams hold the same values as traditional journalism and we’ll rely on them to circumnavigate the risks posed by social media and to guide the narrative,” she said. 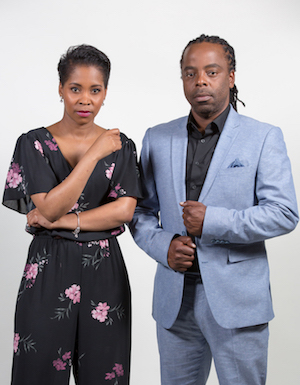 She believes that the benefits of including social media engagement far outweigh the risks. “Social media offers immediacy in the moment. It allows for commentary and holding people to account. It will allow us to gauge real-time reaction – whether people want to know more about the economy or land matters. We’ll be using polls every night and presenting the results on screen,” she said.

The format is aimed at full audience inclusivity and engagement. “Our anchor line-up is young and approachable – nobody is talking down to anybody else, but it is all about inclusive discussion and diverse opinions,” said Allie.

She added that up until now this type of engagement has only been offered in the talk radio space, and that Open News would be expanding on that format for television. Well-known ex-CapeTalk radio presenter Koketso Sachane is part of the anchor line-up and the show will be produced by award-winning journalist, Graeme Raubenheimer, ex-Heart FM.

Open News will broadcast from a brand new interactive studio in Cape Town, which has been designed to enable anchors to draw on content from multiple platforms. In addition to politics, crime and courts, Open News will take a keen interest in what is trending and going viral, delving into showbiz, celebrity and sport.

“As the first local news channel on the Openview platform, Open News is an exciting addition to our offering,” said Marlon Davids, managing director of e.tv channels. “It’s not just a first for Openview, but also a first for the country. For the first time, free-to-air viewers will truly be able to experience the news in a lively, interactive and unrestrained way.”

Open News will broadcast from 5PM on Thursday, 1 November on Openview channel 120. Outside of the six hours, the channel has partnered with international broadcasters, who will provide content from a global perspective.