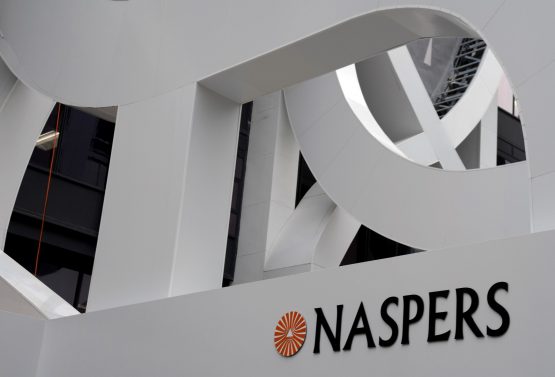 
South African global technology and entertainment company Naspers, which has a heavy weighting on the JSE Top 40 index, has lost more than a third of its value this year. Is this because its fundamentals have changed for the worse? Well, not at all. There are a number of separate but conspiring factors that have caused this to happen. To share his views on whether Naspers remains a safe bet, I’m joined on the line by Nick Crail, a fund manager at Ashburton Investments.

Thanks very much for joining us, Nick. Why has this mega-company on the JSE lost so much of its value this year? People also tend to refer to the Hong Kong-listed Tencent, in which it has a sizeable stake, as the reason. Is it really that simple?

NICK CRAIL: Simply – yes, I think it is. If you have a look at it, it primarily is driven by Tencent, and I think our belief, very firmly in the short to medium term, is that what happens with the 31% holding of that behemoth, which is in the global IT tech sector, is what is going to continue driving the share price.

NOMPU SIZIBA: Tencent has lost about 40% of its value since March this year. What are the factors that have placed this company under pressure?

NICK CRAIL: I think there are a number of factors to have a look at. Ultimately, a lot of those factors together result in us having the opinion that fundamentally this company is still in a strong position and looking pretty good. Let’s quickly have a look at those different key factors to consider.

The first would be the valuation of Tencent. As much as we talk it down from its highs, the reality is that it became, I think, quite expensive once it reached its highs.

Second to that, if we have a look at China, the premier did a bit of a government re-jig at the beginning of the year and that led ultimately to some of the ministries which give oversight and approvals to a lot of Chinese companies in a whole range of different sectors, and a whole bunch of new staff who have started coming into those areas. That has led to a significant reduction – in fact, almost a complete stalling of the amount of approvals of new games, which is really relevant for Tencent, from March of this year all the way to now.

To give you an idea of how significant that is, within China just last year the government approved 10 000 games that went out into the public. And if you push your run rate from 10 000 in one year to almost zero the following year, that leads to a bit of a worrisome feeling.

One of the bigger areas from that perspective has been that Tencent has launched a couple of new games within the Chinese space, and these have taken significant market share. But, owing to the [slower] approval process, one of them hasn’t been approved yet and, secondly, approval hasn’t been received for them to monetise the game and earn revenue. So a lot of their clients have effectively moved off. The historical games were paying revenue for playing these games and moved effectively over to what in the shorter term is a game that you play for free. And that has impacted on their quarter-two numbers.

NOMPU SIZIBA: As this is a regulatory environment thing, and you can’t be sure when the government is going to get on top of things, isn’t that going to make investors uneasy because, as long as they are not approving these games, for example, that’s obviously going to be very deleterious for Tencent going forward?

NICK CRAIL: That’s 100% right. The first thing one’s got to consider is the relative size and importance of Tencent and the almost private-public partnership that they have with the Chinese government. Remember that they generate a lot of money from their games, but WeChat – which is I suppose the WhatsApp equivalent in China – has over a billion people who are subscribed to it and do their Facebook and WhatsApp type of social media activities through that sort of platform. It’s a very powerful platform.

Certainly with these regulatory changes that have taken place in the short to medium term, Tencent has worked hand-in-hand with government because, as soon as the new regulatory frameworks were announced, any changes that needed to be effected had already been effected by Tencent before the changes became due. And so I don’t think that that relationship is really breaking down in any way, shape or form. It does, however, give pause to the acceleration of earnings that one has been accustomed to with Tencent in the shorter term until – and in our view it’s a matter of when and not if – approval comes through for these games in order for them to be monetised.

NOMPU SIZIBA: Understood. Coming back to Naspers, obviously it has that 31% stake in Tencent, and it has lots of other operations going. And they’ve recently made that decision to spin out MultiChoice.

When you look at the fundamentals of Naspers without looking at Tencent, what do you think of it as a company and, if you do hold it, would you continue to hold it?

NICK CRAIL: Certainly. If we exclude Tencent completely from those operations, we do think that they have quite a significant advantage in some of the areas they play, specifically in the global classified place, as well as the newer investments into food delivery. In both of those areas they are in a multitude of markets, large emerging markets, which is a very solid growing and growth type of market. And they certainly have market leadership in both of those two verticals. MultiChoice itself historically was the cash cow for the business, and enabled Naspers as the holding vehicle to utilise that cash in order to invest in a lot of these more New Age, technology-focused areas.

But, if you look at the classified businesses, as well as the food delivery business, in pockets they have not only monetised but are actually making quite significant profits from those ventures. They are nowhere close to maturity, so they are significantly putting a lot of further capital expenditure in to grow those businesses up to scale. We don’t see in the shorter term that that’s really going to be driving the growth sectors of this company. However, I think looking out, they are invested in some very interesting companies that are doing quite well, and that we are fundamentally optimistic about.

NOMPU SIZIBA: Well, you are making all the right noises in terms of Naspers. So your advice to investors who are concerned about the fact that it has lost a third of its value?

NICK CRAIL: Our advice without a doubt is probably either to buckle down, or alternatively to have a look at buying some more. It’s infrequent that you get companies such as these, and really Tencent specifically, where the valuation becomes compelling, often because of the fundamental story, which is fairly optimistic, I think, looking longer term. As to opportunities they said they have ahead of them, you’ll find that these companies always trade at a premium, factoring in a little bit of the expected process to come in year two and year three. As we stand at the moment, we are almost trading at a bit of a discount, especially relative to other global peers. So we are very optimistic on it.

Having said that, with trade wars still in the news on a daily basis, with US techs starting to sell off a little as well, the shorter-term move could be quite something. But if one can take, let’s say, a one-year-plus time frame on this investment, I think investors are not going to be sorry.

NOMPU SIZIBA: Okay. Fasten your seatbelts and just go with the flow. Thanks very much, Nick for that.