The rocks of rumour threatening journalism 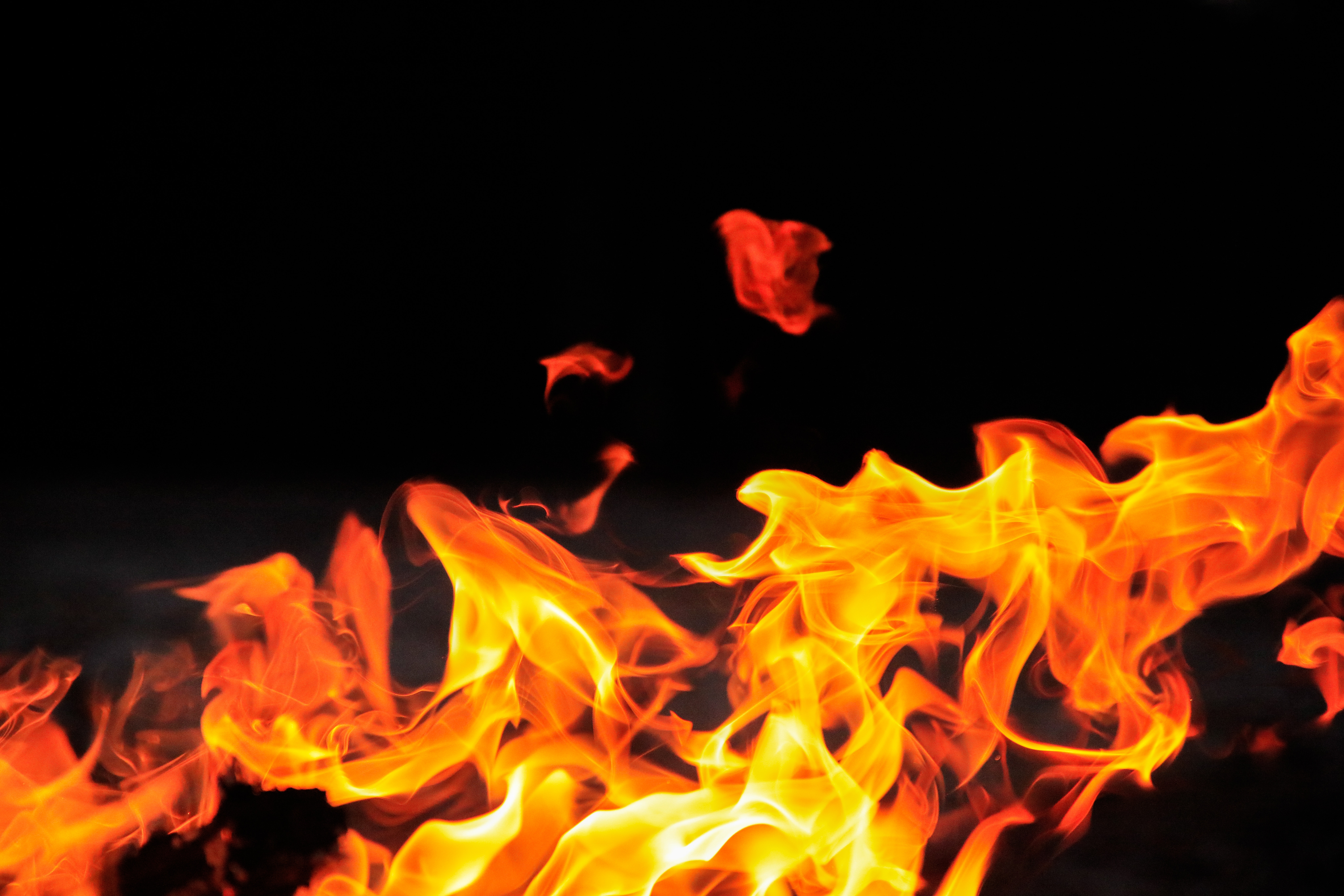 [OPINION] How do the media navigate the treacherous waters where fake news abounds and many angry social media users regularly spew defamatory, hateful and often highly obnoxious remarks as if they were the truth and they have the right to do it?

The Dros rapist case has become a prime example of the challenge to the media’s self-regulatory responsibilities, not only to report news accurately and truthfully, but also to minimise harm, and to act independently while staying accountable to their readers, listeners, viewers and society at large.

In The Odyssey, Homer’s epic poem, the goddess Circe tells Odysseus about the dangers two monsters hold in store for his small ship when it enters a narrow sea passage near Mount Erebus. Odysseus pleads with her:

“Goddess, please tell me this, and speak the truth—
is there some way I can get safely through,
past murderous Charybdis, and protect
me and my crew when Scylla moves to strike.” (Translated by Ian Johnston).

The Dros attack has brought important aspects of the media’s role in society to the fore. Firstly, with another example from Greek mythology, the Argos-eyes of smart phone cameras bring unprecedented potential access to news. Videos of incidents like that at the Dros have become common on social media.

Secondly, how far do the media go to portray news accurately – even if it shows horrible and often highly repulsive detail – and how far does our responsibility go to soften the blow, to minimise harm and become masters of the euphemism?

News24 has published a video – edited and censored very extensively – of the alleged rapist being accosted in the toilet and has been accused of being insensitive to the little girl who was raped, as well as harming her family.

Thirdly, News24 has been severely criticised by some who argued that we should have followed the example of social media platforms who very quickly revealed the name of the alleged perpetrator and even his picture and family details. This was followed by two Sunday papers and Netwerk24 who also did that in contravention of the Criminal Procedures Act because the accused had not pleaded in court yet. News24 and other mainstream media have even been accused of protecting the accused because he is white and the victim black.

The video and social media

To address the first aspect, in some ways related to the third, should we have followed social media in publishing the video in full, with all its graphic details? And should we have revealed the suspect’s name?

In my view, similar to the accused’s case and the way the media have been handling it, the award-winning journalist Jon Ronson makes a valid point when he calls this phenomenon of public frenzy “mass online destruction”. In his important and significant analysis of social media (So you’ve been publicly shamed, Picador Books), Ronson writes, “with social media we’ve created a stage for constant artificial high dramas. Every day a new person emerges as a magnificent hero or a sickening villain”.

He goes on, quoting Ted Poe, an American judge who believes in publicly shaming perpetrators through his sentences. “The justice system in the West has a lot of problems, but at least there are some rules. You have basic rights as the accused. You have your day in court. You don’t have any rights when you’re accused on the Internet. And the consequences are worse. It’s worldwide forever.”

First with the dirt

Should News24 have shown the, what I would call, “mutilated” video? Earlier this week, William Bird, director of Media Monitoring Africa, made a valid point about the video: “News24 opted to use an edited and blurred out version and while they took steps to warn people the question we have to ask is what does the video add to the story? Watching it may make you feel angry or traumatised or sad. It doesn’t empower you, it doesn’t inform you about child rape nor does it add a new dimension, so what value does it bring in terms of news?

He continued, “Like the urge on social media to be first with the dirt, having a video might drive more clicks, but how does it inform, contextualise and help us understand just why and how a person would commit such an atrocious act? Indeed, the broader question is perhaps how does it satisfy the ethical principal to minimise harm?” (my emphasis).

I agree with Bird. The video, edited or not, did not add anything to our understanding of the incident. Words could have explained the details far better and mostly do indeed give better context and understanding, although visual material can definitely add some perspective – news presentation has always been more effective in a combination of text and pictures.

News24’s decision last Sunday not to follow Rapport and City Press in revealing the accused’s name before he has pleaded on the charges, was, in the words of the assistant-editor for in-depth news, Pieter du Toit, “relatively straightforward: 1. The Criminal Procedure Act prohibits us from identifying an alleged sex offender. 2. Did the public interest weigh heavily? No, the accused was already in custody and had already appeared in court. 3. Identifying him would have done harm to innocent bystanders, as identified in the story.”

Judge Poe was wrong when he said that you don’t have any rights when you are accused on the internet. Various cases of decisions by courts made over the past five years exist where judges have acted against social media’s defamatory perpetrators, our own benchmark case by Justice Willis in H v W (2013) as a prime example. But Poe is right that it is very difficult to act against social media group madness, or what Ronson calls “social media frenzy, our escalating war on flaws”.

News24 decided, in my view, correctly, not to become swept away by the frenetic social media insanity that ignores laws and invents a range of lame and invalid reasons for identifying the accused before he has pleaded. One should never forget that the amateur “journalists” on Facebook, Twitter, Instagram and other social media platforms mostly do not adhere to ethical practices, rules and guidelines, nor, it seems, to following the law. Anything goes, even if it means trampling on the basic rights set in place to protect the innocent as well as the guilty until they have had their day in court.

News24 and the vast majority of credible newspapers and licenced broadcasters in South Africa do respect self-regulation by the Press Council and the Broadcasting Complaints Commission. That means we should not allow outside forces such as social media to bring its Wild West unregulated opportunism into our newsrooms to enable us to get more clicks on stories.

Our independence is clearly regulated by the Press Council’s section 2: “The media shall not allow commercial, political, personal or other non-professional considerations to influence or slant reporting” (my emphasis). It also means we respect the laws protecting all of our rights, those of accused and perpetrators, as well as the innocent and seven-year-old victims.

As Ronson points out, the “babble of opposing voices” we find on social media, ensures democracy, giving “voice to the voiceless people”, but he also warns that we should not turn it into “a world where the smartest way to survive is to go back to being voiceless”.

If we in the media, who absolutely believe in self-regulation without interference by politicians, decide to allow group madness of social media mobs to determine how we report news, casting our respected self-regulatory controls and the laws to the wind, we open ourselves to enormous danger, threatening our democracy.

At our peril, does that not bring visions of the ever-looming prospect of the dark censorship days of internal affairs ministers Kobie Coetsee and Stoffel Botha and the recent threatening Secrecy Bill, which would have, under the mask of protecting national security, made criminals of journalists and anyone brave enough to be whistle-blowers?

Steering between the Scylla and Charybdis of unregulated and untested rumours which too often ignore people’s rights to fair justice and privacy, remains the challenge for respectable journalists. If we heed and follow the siren calls from these rocks, journalism will be wrecked.

This story was first published by News24.com and is republished with permission.

George Claassen is News24’s public editor. He worked as a journalist from 1974 before becoming an academic at the University of Tshwane and Stellenbosch University. He was science editor at Die Burger for a number of years, and is the founder of Sceptic South Africa.