Advertisers, watch where you touch me, please 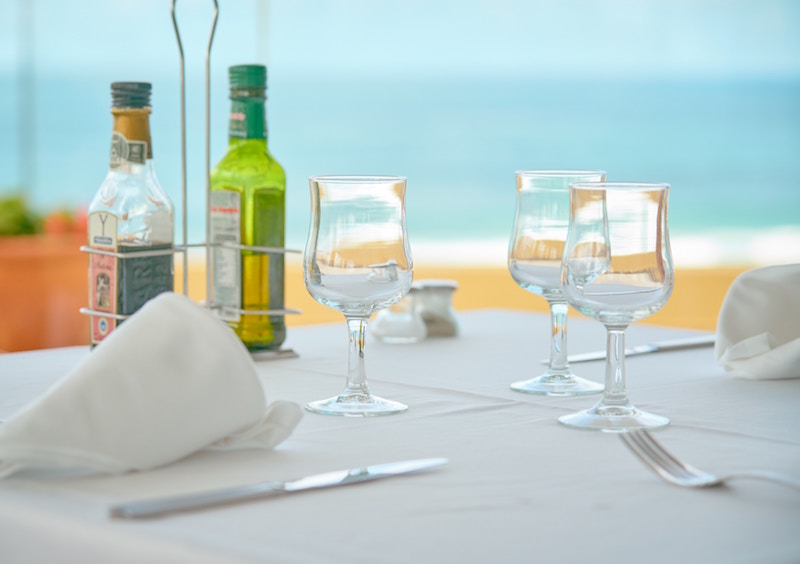 
[COMMENT] Nearly everyone in the media industry agrees it has been a long and hard year, and most of us are reminding ourselves that a restorative break is imminent. I hope it is this year-end weariness that led to my irritation last Saturday; if not, then I have perhaps begun the irreversible slide into age-related grumpiness.

I had just enjoyed a thoroughly delightful lunch at a recently discovered local eating spot: a tasty melanzane accompanied by a glass (or two) of chilled Sophie rounded off by an affogato. The conversation had been amusing, and I was feeling pleasantly relaxed as I reached for the bill. As I opened the bill folder, I was greeted by an automatically triggered commercial, enticing me “to register now for free to start your luxury lifestyle… and you get access to exclusive deals and privileges”.

All I wanted to do was pay the bill, and I was being subjected to a full-on mini commercial, with sound! Of course, given the general noise level in the restaurant the soundtrack was pretty inaudible.

For me, restaurant bill paying should be a quietly discrete process, allowing one to deploy one’s rusty mental arithmetic in peace; but now, my irritated reaction at this intrusion meant that I now had to show the damn bill folder to my companion, having removed the bill. I then needed to counter her off-hand remark of “oh, how clever” with an explanation of why I thought it was anything but clever. So, the whole payment process was protracted, and the pleasantly laid-back mood was somewhat dissipated. 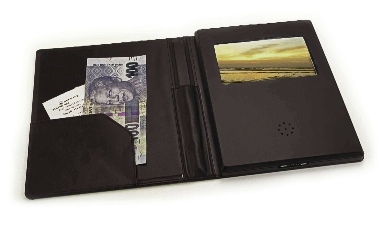 I noticed that the company responsible for this needless device was called Rabbit Holes so, after muttering about sense and respect for the consumer clearly having plummeted down one, I googled the company. The blurb on the site describes the digital bill folder as “a patented advertising and marketing concept, which functions at a personal, one–on-one, level to achieve the highest degree of impact for the advertiser.”

Well, there is no doubt that irritation is impactful.

The website explains that the 110 mm x 60 mm high definition display, with a resolution of 1080 x 720, “provides crystal clear images, and flawless viewing of adverts”; that “adjustable volume controls allows for audio adjustment to meet environmental requirements”; that the long life battery is charged by the docking station provided to store the folders between uses; that the “adverts are distributed and loaded a the remote support infrastructure, using wi-fi connectivity”; that advertisers are may “market their products or services at a location, regional, national or international scale”.

Additional benefits include QR bar codes printed onto the digital bill folders: via these, patrons can make payments or “partake in a survey, to be used by the establishment as part of their continuous improvement program”. The blurb proudly states, “the digital bill folder presents benefits for both the restaurants as well as advertiser.” Whether the consumer benefits from the intrusion is clearly of no importance.

A couple of days later I was driving down Main Road in Bryanston only to be confronted by an enormous Sensodyne-branded replica of a molar on the dusty roadside, together with a sign informing passers-by, that they could win one of 25 R2000 cash prizes. It caught my attention, but only for me to wonder why on earth any advertiser would think the exercise would enhance my perception of the brand.

Not so toothsome touchpoints

Later, when I got home my local newspaper was on my doorstep, and inside the paper I found a full-page advertorial, featuring the outsized molar. Apparently Main Road was “the final Gauteng pitstop” for the tooth, and in order to win one of the prizes, participants had to follow @ Sensodyne_SA and send hashtagged tweets. The more tweets sent, “the brighter and whiter” the tooth would become.

The marketing manager enthused that “we wanted a fun, engaging, informative and rewarding campaign with consumers in mind.” At least thought was given to “the consumer” but this one wonders how many consumers over 10 years will be engaged by an oversized tooth “whitening and brightening” by the roadside.

Both of these examples made me think of a quote from Bob Hoffman (The Ad Contrarian): in a way he proposed 10 Ideas for Transforming Advertising, one of which was “Increase touch points from 360 degrees to 380 degrees.” (He also sensibly suggested “confiscate all computers and baseball caps from art directors” and the “reinstatement of the three-martini lunch, and, after a 6-month trial period, optional upgrade to four”).

But back to those touchpoints, both of my encounters felt to me like the 380th degree touchpoint. Surely advertisers need to think a bit harder the touchpoints they choose and how they use them?