LATEST NEWS
Home News Keeping your readers in the dark

Keeping your readers in the dark 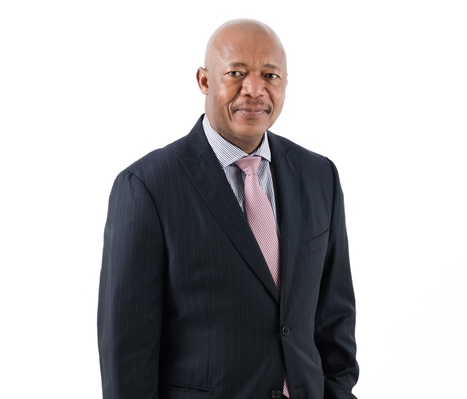 
[COMMENT] A Cape Times/Business Report article today on the PIC Inquiry. It’s disgraceful. It contains no mention of AYO, a key company involved in the investigation (to which Iqbal Survé has close ties). Cape Times editor Aneez Salie and BR editor Adri de Wet Senekal ought to hang their heads in shame.

For the second day in a row, Business Report plumbs the smelly areas of journalism by reporting on the PIC Inquiry without using the Eina-word – AYO. The main section of the Cape Times doesn’t even mention it. They do, however, carry a smiley front-page pic of Iqbal and others.

An explosive secret recording has revealed how media owner and businessman Iqbal Survé colluded to withhold key information from the Public Investment Corporation (PIC) that led to the fund manager controversially investing R4.3bn of government pension money in one of his companies.

In a secret recording, Survé is heard discussing how to withhold key information from the PIC about why a crucial transaction they had promised the corporation was now off the table.

In the recording, Survé can be heard plotting with board members of AYO Technology Solutions, an IT company in which he has a significant stake. They discuss withholding from the PIC information about a crucial transaction they promised in the deal that would now be off the table.

It has emerged that the PIC, which manages R2-trillion in assets, was misled into believing that its huge investment in AYO Technology Solutions would allow AYO to acquire a 30% stake in British Telecoms SA, a local subsidiary of the global telecoms giant, for R1bn.

Together with other board members, Survé can be heard clearly admitting that he withheld critical information from the PIC, trying to force the company’s then CEO, Kevin Hardy, to lie to the PIC.

Survé wanted Hardy to tell the PIC that the BT deal was still on the table, even though AYO had already written to BT to inform them that the deal was off. They also withheld from the PIC concerns raised by BT’s parent company over the transaction with AYO.

Hardy repeatedly expresses his discomfort about having to lie to the PIC. In the end Hardy agrees to call the PIC after Survé instructs him and another to make the call. They are told not to say that Survé was in the room.

The AYO board meeting was held in Cape Town in August. The Sunday Times has a copy of the recording.

A joint statement from the boards of African Equity Empowerment Investment (AEEI), AYO Technologies, Sekunjalo Investment Holdings and Survé was issued on Monday afternoon in response to the Sunday Times article. According to the statement the leaked recording reflected an ‘informal discussion’ and the participants have nothing to hide.

If that was the case why did some of the participants feel it necessary to record the meeting surreptitiously with the clear intent of leaking the information and making it public and why, shortly after this meeting, did Kevin Hardy and five other AYO board members resign?

Keeping your audience in the dark – censorship by omission – is one of the defining characteristics of the dishonest news disseminator and that is why it is strongly emphasised in section 1.2 of the South African Press Council’s Code of Ethics and Conduct for print and online media

1.2 present news in context and in a balanced manner, without any intentional or negligent departure from the facts whether by distortion, exaggeration or misrepresentation, material omissions, or summarisation;

It is undoubtedly this reason that Iqbal Survé followed the lead of the Guptas and withdrew his newspapers from the jurisdiction of the SA Press Council to avoid accountability and announced his own severely truncated (a thousand words compared to 4 000) press code which very specifically does not contain the word omission. It is hidden on the IOL website but you can find it here.

We are indebted to a former insider at the Cape Times, the recently-retired political reporter Dougie Oakes, for his insider account about the way in which white staff are targeted at the newspaper, about the way in which, he alleges, vulnerable interns are exploited and, he claims with absolute veracity, the lies are never-ending. This has led to senior journalists leaving Independent Media in increasing numbers.

In two Twitter posts which form the anchor quotes to this article Dougie Oakes reveals how the Independent newspapers in general and its Business Times supplement in particular, are withholding from readers the extent to which Iqbal Survé’s company AYO Technologies and the Sagarmatha saga are featuring in the Lex Mpati commission of inquiry into corruption at the Public Investment Corporation.

This censorship by omission is, however, most obvious in the fact that finance minister Tito Mboweni’s response in parliament on 2 November last year to a question by the DA’s shadow minister of finance, David Maynier, has never been published in Survé’s newspapers or on the IOL website.

So the readers of his newspapers and of the IOL website still don’t know that Survé has reneged on repaying his debt to the Government Employees Pension Fund (GEPF) and that the PIC has written this money off despite the GEPF being determined to recoup it.

You could see this coming because, back in December 2015, James Myburgh revealed on Politicsweb that Survé was making no attempt to pay back the billion rand loan from the GEPF and the interest was mounting.

The failure to reveal to Independent newspaper and IOL website readers that Survé reneged on repaying this PIC debt – to the detriment of the 1.4 million civil servants and civil service pensioners who are members of the GEPF – brings into question the sincerity and ethical probity of Adri Senekal de Wet, who edits the Business Report supplement carried in all the Indy dailies.

On 9 April last year she authored an article ‘Unethical and fake news should be criminalised’.

In the light of the failure of Survé to repay the GEPF loan by the contractual date and the way in which this information has been withheld from the Indy audience, what does she make of this censorship by omission of information in which the 1.4 million servants and pensioners have a vital interest because it will affect their quality of life during their twilight years?

You can check this deliberate attempt to keep readers in the dark by going to the IOL website and typing ‘PIC’ into the search bar. What you will find is article after article seeking to protect the (now former) CEO, Dr Dan Matjila, but not a hint that the probity of the R4.3 billion PIC investment in AYO Technologies was ethically questionable.

Also relevant is the mysterious relationship between Iqbal Survé’s Sekunjalo Independent Newspapers and the Public Investment Corporation (PIC) and its controversial head, Dan Matjila, who funded Survé’s purchase of this group and supported the gross over-valuing of S Survé’s AYO Technology Investments. The newspapers in this group now seem dedicated to two causes above all else: promoting Survé and defending Matjila – not the most lofty of journalistic endeavours.

Here is a timeline of the most recent revelations from the Mpati Commission which have not featured in any of Survé’s newspapers nor on Sekunjalo Independent Media’s online platform, IOL.

The board of the Public Investment Corporation (PIC), chaired by deputy finance minister Mondli Gungubele, largely ignored the alarm raised by its internal audit unit about the R4.3 billion worth of AYO Technology Solutions shares it had acquired – for seven months.

This evidence was provided to the Lex Mpati Commission by the PIC’s head of internal audit, Lufuno Nemagovhani but Nemagovhani’s testimony in this regard does not feature on the IOL website.

He testified that that the AYO transaction was signed off before it could be presented to the PIC’s portfolio management committees. “The subscription form was signed off on 14 December and confirmed with the listing agent before the approval of the transaction by the PMC on 20 December, 2017.”

Fin 24 quotes him as saying “I have never anything like this before. It was signed off before the delegated committee could approve.”

Seanie, an assistant portfolio manager in non-consumer industrials at the PIC, said he worked closely on the AYO deal as well as Survé’s attempt to get up to R7.5-billion in PIC backing for the listing of Sagarmatha, which eventually failed.

While Seanie researched the proposed investments and compiled reports for decision-making, he said PIC executives ignored his advice against investing in AYO and Sagarmatha and dictated report summaries and recommendations.

should be a favourable one”.

He said he advised against investing in AYO but executives and Matjila, in particular, seemed determined to push through the deal.

“The AYO process was unusual in that it seemed to me that AYO was dictating timeframes to the PIC. I found this strange and untoward,” claimed Seanie.

AYO wouldn’t allow the PIC to negotiate its requested R43 per share, which the R2-trillion asset manager would normally do. AYO leaders appeared to know the deal was going through before it did and it was eventually signed with insufficient due diligence and without the portfolio management committee’s approval, Seanie claimed.

“The AYO transaction was a foregone conclusion,” said Seanie.

He speculated it was because Survé and “Dr Dan” – Matjila, who resigned in November – were friends.

He called it “a bailout”.

“It seems to be that there’s that relationship between Dr Iqbal Survé and Dr Daniel Matjila whereby Dr Dan always takes a favourable view and is willing to help Iqbal Survé from the PIC in order to do deals, in order to raise money,” said Seanie.

“One version, which is a plausible version, is that Iqbal Survé has this big loan, I think in excess of R1-billion that he owes to the PIC and he’s struggling to pay it because it’s underpinned by a loss-making business and he is trying to find ways to get money out of the PIC and inventing and coming up with different business ideas to do that.”

This was the smoking gun that everyone had expected and was waiting for – so how was Seanie’s evidence covered on IOL and in Iqbal Survé’s newspapers?

Type his name into the IOL search bar and you will be taken to an article by, as always, the anonymous ‘Staff Reporter’, headlined #PIC Inquiry – Suspended Victor Seanie takes the stand.

It contains a single-sentence reference to Seanie’s testimony.

Here it is: Seanie spoke about who was involved in the AYO Technology deal. He said that the previous CEO of the PIC, Dan Matjila and Fidelis Madavo was (sic) involved.

In an interview with Mandy de Waal for Daily Maverick shortly after the news broke that he had, as an overt supporter of the Zuma faction of the ANC, bought the largest group of English newspapers in the country with civil servant pension money which he is now refusing to repay by the contractual date, Survé said:

“If you know anything about me you know that I operate with incredible integrity.”

Given the Sunday Times article highlighting the recording in which Survé seeks to prevail upon the senior AYO executives to lie to the PIC and their subsequent resignation, I don’t think you will find Dougie Oakes and Terry Bell and Peter Flack and Ivo Vegter and Chris Roper to be in agreement with that assessment of Survé’s ‘incredible integrity’.