Tickets are now on sale for the 11th annual Bookmark Awards, one of the most anticipated digital industry events in the industry calendar. The awards recognise and reward the best tech, digital and leading-edge innovation for the year and set the benchmark for industry excellence.

Paula Hulley, IAB SA CEO says, “This year, the campaigns, businesses and creative leaders honoured at The Bookmarks leave with more than a trophy. They leave with the knowledge that their work has contributed to the legacy of digital marketing in South Africa.”

This year, the awards ceremony will be held at The Forum, Bryanston on 28 March 2019. The Bookmarks sells out fast, so, to get your tickets, click here. If you would like more information on the awards, visit: //thebookmarks.co.za/.

MultiChoice took an early lead at The South African Film and Television Awards as the most nominated broadcaster overall, with 149 SAFTA nominations.

These included the most nominated shows in all major categories: feature film, TV comedy, TV drama, soap, and telenovela. 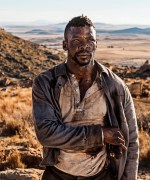 In the feature film category, Five Fingers For Marseilles (left), and Nommer37, are the most nominated, with seven nominees each.

In the telenovela category, 1Magic’s The River is the most nominated series, with 17 nominations in the category, including Best Telenovela.

1Magic is the most nominated channel overall in the category, with 17 nominations. 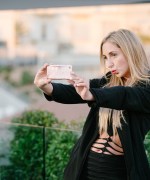 In the drama category, Mzansi Magic’s Lockdown 2 is the most nominated series, with eight nominations.

Mzansi Magic is the most nominated channel overall in the category, with 17 nominations split between Lockdown, The Herd (5) and Is’thunzi (4).

In the soap category, Mzansi Magic’s Isibaya is the most nominated series, with 12 nominations in the category and a thirteenth for Most Popular TV Soap / Telenovela.

Mzansi Magic is the most nominated channel overall in the category, with 17 nominations split between Isibaya and Isithembiso(5).

kykNET is the most nominated channel overall, with 56 nominations, followed by Mzansi Magic with 55.

SAFTA winners will be announced on 2 March 2019 at Sun City Superbowl. For more information, click here. In other SAFTA news, e.tv received a total of 19 nominations for seven of its productions.

Here is a full list of the e.tv nominees:

Reardon Sanderson, GM group sales & marketing at Tiso Blackstar says: “Understanding the key role that tourism plays in our economy, it’s important for the industry to be applauded for their professional efforts.”

With partnership opportunities available, Sanderson encourages companies to get on-board in acknowledging an industry that provides employment for millions of South Africans, and has made South Africa a top travel destination globally.

Individuals, businesses and companies will nominate themselves for the awards programme by completing the relevant entry form which will be made available online. Once entries have been confirmed in the correct categories, consumers will be invited to vote via an online survey. There is no cost associated with entries, and all nominees will be published when voting opens.

The following categories will be awarded: 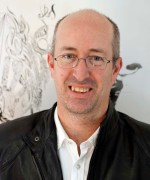 Says Katie Ng-Mak, VP global partner strategy and operations at HubSpot, Inc.: “Spitfire Inbound has set an example for how businesses everywhere should be transforming their agency and helping their customers grow better! When your customer wins, you win! Our team here at HubSpot is proud to call Spitfire Inbound a partner and recognise them for Happiest Customer of the Year for their region.”

“Winning this award means the world to me,” says Spitfire Inbound MD, Darren Leishman (left), “It means we are embracing Inbound and putting our customers first. We will continue to do this every day. Thank you to all our clients for your support. We appreciate you and look forward to continuing to grow together.”