To compare (ads) or not to compare 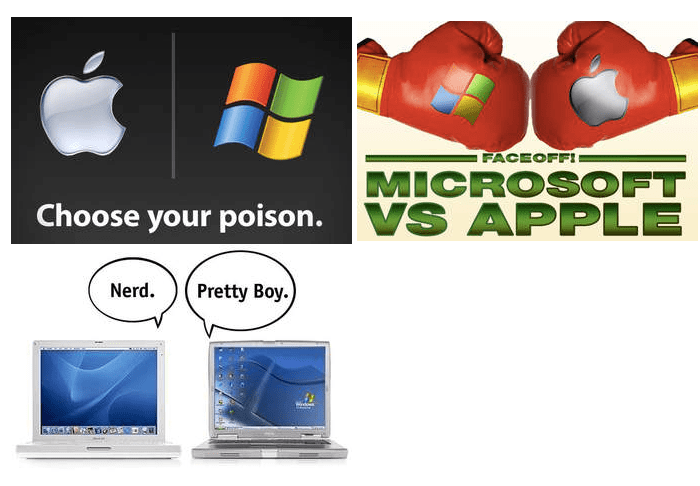 The ad wasn’t rude, obnoxious or over-the-top. It was actually really quite useful, asking: “Vehicle A has such ‘n such brakes, Vehicle B does not – would you put your family at risk?” I sat up and took note – of course I needed the brakes on Vehicle A and wouldn’t touch Vehicle B!

This was in New York over the festive season. It was a particularly rainy day and so we decided to relax in the hotel for the afternoon, and I watched some TV. After that I made a point of watching more TV so that I could see if there were more comparative ads – and there were loads of them. I loved them. There’s nothing like calling out the weaknesses of other brands that may be in the line of purchase.

And then I started thinking about this a bit more – why don’t we have comparative advertising in South Africa? It’s not banned, it’s just heavily condition-laden. It would prove extremely useful to purchasers of Vehicle B to know that they don’t have those special brakes that Vehicle A does! Who knows, it might make Vehicle B’s manufacturers upgrade those not so good brakes. Surely it would only be a good thing?

What is comparative advertising anyway? Basically, it’s when an advert specifically mentions a competitor by name with the purpose of highlighting an inferior service or product.

According to the Law Journal of SA, comparative advertising may be unlawful on two grounds, namely the common law relating to unlawful competition, and infringement of a registered trademark.

Even ads in the UK show some comparisons, and some go way back: 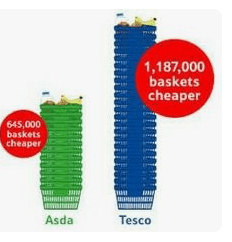 Useful comparative advertising could prove really powerful, if you look at an example from the USA that compares the cost of trollies and milk:

True comparative advertising can be formidable. The problem is the abuse of this power. It would be fantastic to have factual differences available to the consumer in the form of comparative ads – but as so often happens with ego, the ads go overboard and are of no real use to anyone, except of course as entertainment value. 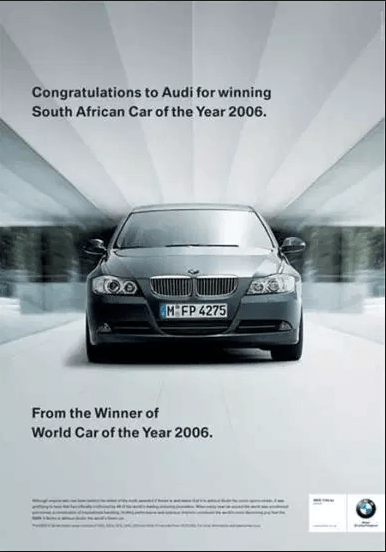 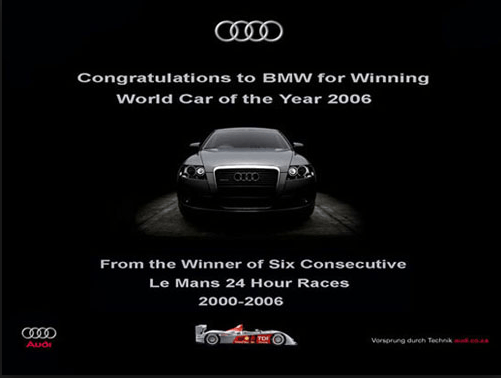 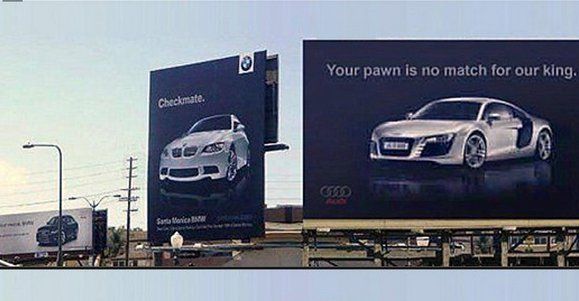 Then there was the great Apple vs. Microsoft ad campaign? The great ad war started in 2006, playing on the hip and happening Apple vs. the nerdy Microsoft. Was there a winner? 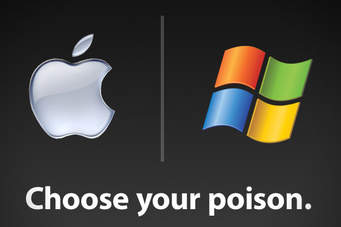 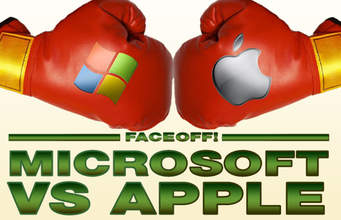 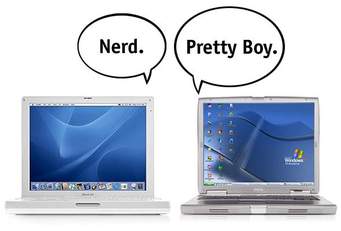 So – to compare or not to compare? I find this fascinating, and hope that someday we will see helpful, interesting and factual comparative advertising in South Africa. Could it happen?

Belinda Kayton is a media strategist at The Mediashop
Related Articles: