The demise of Ndalo Media and the industry’s collective shudder 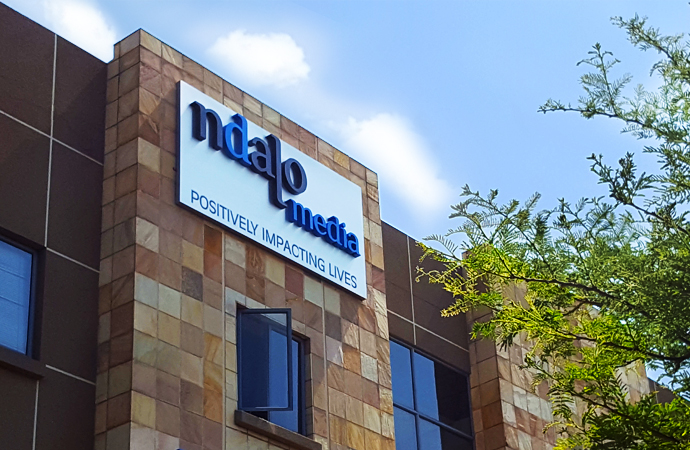 On 14 December 2018, Khanyi Dhlomo made headlines after announcing that she’d be closing down Ndalo Media. The industry gave a collective shudder and my mind started reeling. How could this be? This was a strong black woman (like me) who was described as a media mogul, who shattered the glass ceiling for many women by building a prominent and unique empire.

Ndalo Media captivated audiences through the creation of exceptional content across their multiple publications and events. In fact it had just recently acquired licensing for the 71-year old Elle media brand.

I had a ton of questions, but one echoed the loudest – how did it all go wrong?

Khanyi founded and headed Ndalo Media, won multiple accolades, had an outstanding mentorship programme where she empowered women like me. She was highly influential, respected and inspired many young women and she went to Harvard Business School.

As a woman in the same industry this gave me a reality check; if this was a man would I have been equally stunned? I doubt it. I was torn because this had happened to a woman, making it more personally relatable.

In a male dominated industry, women are faced with challenges that most men don’t even think twice about. Is this our struggle? Evidenced by the multiple articles and drives against discrimination / gender bias of women in the industry, I’d venture to say yes. Women have to work harder than men in order to make progress in the media industry, which is why we were all like ‘WOW GO KHANYI!’

I won’t deny that there has been impressive progress towards gender equality in the industry, according to stats and legislation, but is this what women constantly have to struggle against?

Let me dial it down to a personal level. I have been in the industry since 2008 when I graduated from UCT with a BCom in Information Systems. I have most of the digital stripes – trafficking, campaign management, planning, implementation (I scored a Bookmark), strategist and now I face my ceiling, but work is not my whole life.

I am a black, foreign girl who is a daughter, sister (which equates to BLACK TAX ☺), a wife and a mother. I look at the male colleagues I started out with (their media careers) and the majority of them are heads of something or running their own businesses or agencies.

This is not because I was lazy; I believe I work equally as hard, have the same hunger and I would have loved to be a part of the ‘boys club’ with golf weekends where we spoke and passed the baton to each other… but as a woman I found myself allowing the buck to pass me by because I also wanted to be a mother. The worry was always, how I was going to be a mother and go away for long weekends without my husband and child?

Reiterating Sheryl Sandberg’s words, “We compromise our career goals to make room for partners and children who may not even exist yet”. (Sheryl Sandberg, Lean In: Women, Work, and the Will to Lead). A lot of us mothers (or moms to be) in media are faced with a dilemma of family versus career and struggle with maternal guilt of constantly being absent in our family life.

So the reflex response for most of us is to sacrifice our ‘right now’ – postpone it for a year or two. I have had a dozen informal discussions with colleagues and the sentiment is the same – as women, we aspire to climb the cooperate ladder but dim our lights to be able to balance the two.

The only problem is that once you do become a mother, switching those lights back on has an equal challenge. Your days become consumed with juggling home and office, once again you say ‘as soon as I get him into kindergarten or first grade, I will get back on track’. Meanwhile time waits for no (wo)man. The digital world is forever changing, young and eager interns roll in year on year – before you know it, it’s five or ten years later and you’ve no idea where the time has gone.

I love being a mother and a family woman – it is the core of my DNA. As a young African girl my grandmother and mother were my greatest role models. Nothing pleases me more than seeing the smile on my eight month old’s face each time I walk into the room. I am filled with feminine pride each time my husband clears his plate of food due to my “brilliant” culinary skills (what my man says is gospel ☺).

However, I also love the media industry! I thoroughly enjoy the ever evolving environment, chasing timelines/targets, the buzz of the events, my clients keeping me on my toes to stay innovative and ahead of the curve.

The industry has blessed me with crazy colleagues along the way, most of whom have become family and I can’t imagine life without them. Going to work has become my ‘me-time’ world where I exercise my creative juices beyond the kitchen. Both have become fundamental parts of my life which make me whole. Even though both come with long days and late nights, feeling like I could do with an extra six hours to my day – there is nothing more fulfilling than strategising impactful marketing solutions by day and nurturing my family by night/weekends. It’s undeniably challenging and only a super woman can do this!

Despite what seem like unending pit stops – I still yearn and believe that I will crack my ceiling in the coming future. I applaud organisations that are taking strides to be more adaptable and accommodating of the fairer species by offering flexi-hours and environments where mothers are able to fulfil both roles seamlessly with no negative impact on their professional profiles. That will empower more women into positions of management.

On that note, here’s a shout out to The MediaShop’s Bonita Bachman and Arisha Saroop who manage our Cape Town and Durban offices respectively, and to Meta Media on appointing a female managing director! Whoop Whoop!

To my female companions “Here’s to strong women. May we know them. May we be them. May we raise them.” #ellevateyourself #wisdom #affirmations #women (Unknown Source). Hopefully, “In the future, there will be no female leaders. There will just be leaders.” Sheryl Sandberg, Lean In: Women, Work, and the Will to Lead.