Hard work, long hours and relationships: How to succeed as a media entrepreneur 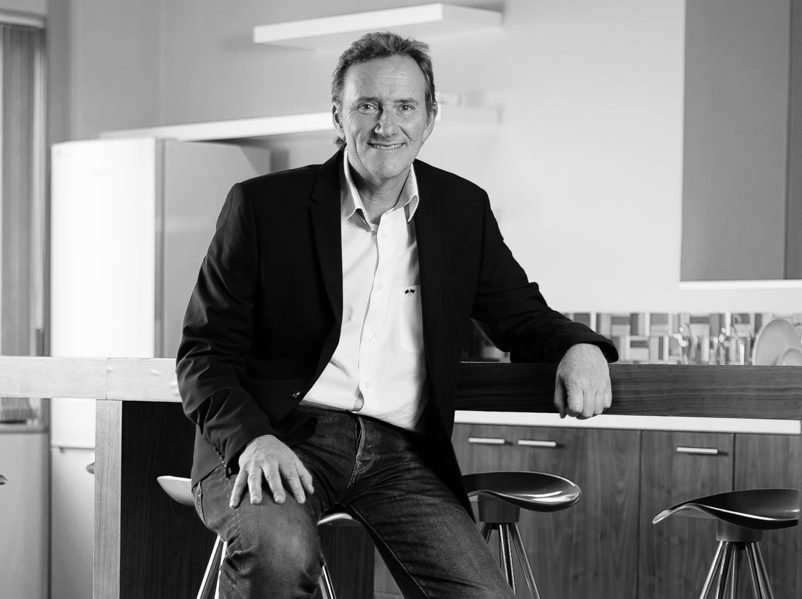 When The Media Online started our new series on media entrepreneurs and media start-ups, it was inevitable that we would talk to one of the most well-known, successful personalities in the space, Ken Varejes.

A doyen of the media industry, Varejes initially ventured out on his own because he didn’t want to work for someone else. He can’t pinpoint a specific reason why this was so, it could be his personality or a specific character trait,  but he felt strongly that he couldn’t work for someone who was his superior, but who doesn’t have the same depth of knowledge he does.

“I want to be the general and dictate to a large extent. It doesn’t mean that I’m an autocrat. I always look for the key champions in a particular space and they run their businesses, but I’m involved in the strategy, finance and direction of that business,” he explains.

In the beginning, Varejes did work for corporates, having started out at the SABC, which he treated as a “training ground”. He then joined Star Taxi Music, a business that later morphed into ComutaNet. Cassette tapes with the hottest music and adverts handed out to taxi drivers was the initial business model, which proved massively successful, garnering huge audience numbers. The change to ComutaNet added further transit media advertising platforms, including taxi branding and taxi rank boards.

ComutaNet was eventually sold to Primedia, and Varejes joined the latter and started Primedia Unlimited (the outdoor advertising division). He then sold this fully to Primedia and created his current venture, Nfinity Group.

Stick to what you know and understand and focus on that, don’t try and get into a space that is unfamiliar to you.

Starting new ventures, building them into big organisations, and then selling them off and starting the cycle again is a noticeable modus operandi where Varejes is concerned. He believes a person shouldn’t be in a space for more than 10 to 12 years, instead they should hand it over to new, young blood to run with it.

The challenge and thrill of creating something new is another reason Varejes does what he does.

Being in control of your own destiny is one of the key benefits Varejes pinpoints about entrepreneurship, but he cautions that there are several caveats.

“You have to work exceptionally hard. There’s no taking the day or night off. If you aren’t prepared to work 16 to 18-hour days then don’t do it. It takes a toll on time with family.

“If you haven’t got the passion to wake up in the morning and want to go and be there, then this is not your game, don’t do it. The risk/reward aspect is another factor. You can lose a ton [of money]. So if you’re not a risk-taker then rather stick with getting a salary from a company,” he explains.

His best piece of advice for people looking to be successful media entrepreneurs? “If you want to be a key player in this space, you have to go to every industry function. You’re going to have to learn, not to get drunk and pass out, but certainly to be part of the merriment and environment,” he responds.

He stresses the value of building and maintaining solid relationships, adding that “people want to deal with people” and pointing to them as a potential key differentiator for products and services that are of similar quality. He also advises that not every business will be successful, and people need to know when to pull the plug, but only after putting in enough time and effort to try and make it work.

Building the right team and bringing in, what he calls “champions of that space” is another piece of advice as are these wise words: “Stick to what you know and understand and focus on that, don’t try and get into a space that is unfamiliar to you.”

No government support for entrepreneurs

Believing that any obstacle that appears in your way can be overcome, Varejes is emphatic about one particular point: that there is no real government support for entrepreneurs in South Africa.

“My biggest desire for South Africa is to ensure the government gets significantly more involved with entrepreneurship to make it easier. The red tape of setting up a new business is enormous. Registering a company, opening a bank account, getting VAT compliance – you have no idea how difficult it becomes. Getting capital from the bank is impossible,” he stresses.

There’s no assistance for entrepreneurs, nothing. And they’re the people who are going to turn this country around in terms of unemployment

He relays a personal story of how he had massive difficulties in setting up a business bank account when he started Nfinity three and a half years ago. They asked him for the company’s balance sheet for the previous year, which he didn’t have as the company hadn’t been started yet, and if not for Varejes’ relationship with the bank’s CMO, he wouldn’t have been able to get an account.

“There’s no assistance for entrepreneurs, nothing. And they’re the people who are going to turn this country around in terms of unemployment,” he stresses.

Varejes concludes with two valuable lessons. Firstly, with the SA media space already saturated with established businesses and big players, a young media entrepreneur must create an offering that is unique, something different (a space that no one is in) in order to have a chance of survival.

Secondly, he re-emphasises that they must have solid relationships (and should work for companies for a couple of years to build them) to have any chance of success.