How Independent Media is reporting on the PIC inquiry 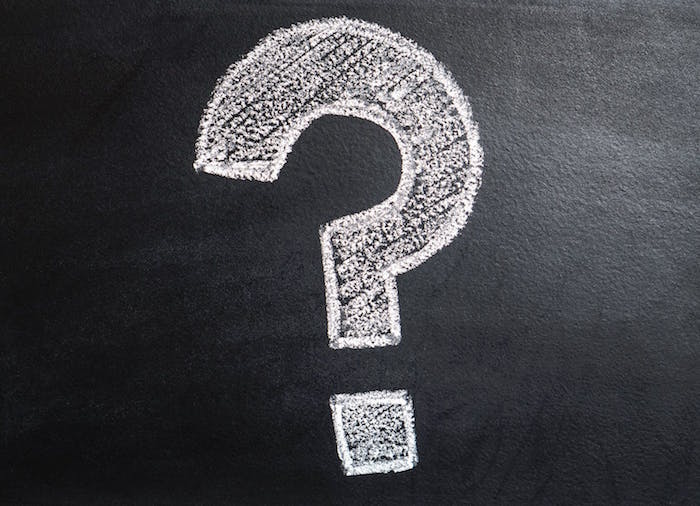 In his explosive testimony, [suspended PIC employee, Victor] Seanie said former CEO Dan Matjila’s alleged friendship with controversial businessman Iqbal Survé may have led to some of the PIC’s most controversial investment decisions in recent years as executives have ignored advice from staff and gambled with government employee pensions.

On 2 November last year finance minister Tito Mboweni revealed in parliament that Sekunjalo Independent Media has reneged on repaying the loan which enabled the Zuma faction of the ANC to gain control of Independent Media, the largest group of English newspapers in the country.

This information has never been communicated to the readers of these newspapers or the IOL website.

It is illuminating that if one searches the IOL website for ‘PIC inquiry’, the results reveal the group’s newspapers are covering news emanating from the inquiry – as long as it doesn’t mention Survé or Ayo. Search for ‘Ayo + PIC inquiry’, or ‘Iqbal Survé  + PIC inquiry’ or any variation on this theme, and the result is a 404 page not found error message.

Comparing this to the coverage of, for example, Daily Maverick, City Press, Business Day and Eyewitness News with the coverage provides a disturbing example of media manipulation.

Suffice it to say that censorship by omission is the order of the day for Independent Media.

Here are a few headlines conveying information which is being deliberately withheld from the readers of Independent Media titles and the IOL website:

The testimony of Lufuno Nemagovhani, the head of internal audits at the Public Investment Corporation, on 23 January was particularly damning. He testified that state-run asset manager’s R4.3 billion acquisition of shares in AYO Technology Solutions was approved without following due process. For obvious reasons his evidence in chief was ignored by Survé’s newspapers and you will find only passing reference to him on the IOL website.

If, however, evidence is led at the Lex Mpati Commission of Inquiry into other bad investments by the PIC – those linked to Steinhoff for instance – then such evidence is given maximum coverage.

Withholding information from readers which a newspaper company regards as adverse – censorship by omission – is a fundamental breach of newspaper ethics (see section 1.2 of the Press Code of the SA Press Council).

It is also a fundamental breach of trust with readers. What became evident right from the start of the Sekunjalo takeover of the Independent Media newspapers was that this approach was an intrinsic element of the company’s business plan.

After the attacks on senior members of the Cape Times started – led by Karima Brown and Vukani Mde who have both since joined the exodus from the company – Alide Dasnois was dismissed on trumped up charges. Staff then wrote an open letter to management on 9 December 2013 which was never published. Here is an extract:

“We, the overwhelming majority of editorial staff of the Cape Times, wish to register our deep anger and protest at the dismissal of our esteemed editor Alide Dasnois.

“Although Dasnois was told three days ago not to return to work, staff have still not been officially informed of the reason for her sudden dismissal.

“The staff’s concern, from the sequence of events, is that the new owners of the newspaper, Sekunjalo Independent Media, are attempting to compromise the editorial independence of the Cape Times.

“If this is so, this is a direct threat to the standing and independence of this proud newspaper.”

This censorship by omission immediately became an entrenched norm

As both Jonathan Jansen and UCT honours student Ricky Stoch have pointed out, former Cape Times reporter Carlo Petersen was the point man in a venomous campaign against UCT Vice Chancellor, Dr Max Price in particular and UCT in general. This campaign deified faeces-flinger Chumani Maxwele so when a Cape High Court judge ruled that Maxwele had been part of a Fallist group which had tried to burn down the university, Petersen withheld this information from Cape Times and IOL readers.

This sort of manipulation is routine at the Cape Times as both David Benatar and Sydney Kaye have pointed out.

“Before acquiring Independent Newspapers, the shareholders undertook to introduce an editorial charter to protect the integrity and to ensure the continuation of the group’s record of journalistic professionalism and high standards. A process of drafting a charter is under way.”

Now here’s the interesting point. Because censorship by omission is the hallmark of the propagandist, Sekunjalo Independent Media’s carefully concocted ‘editorial charter’ was specifically drafted to exclude the word ‘omission’.

If you doubt that, read it for yourself.

It was announced with great fanfare by former editor Gasant Abarder and the alleged ombudsman of the company, Jovial Rantao, and both declared that it would be assiduously policed with ‘tough love’.

The silence of these ‘tough love journalism’ proponents when Dougie Oakes revealed the abuses occurring at the Cape Times – which they must have long been aware of – was reprehensible.

I can find no record of Rantao ever adjudicating on a complaint – there were dozens before the Sekunjalo newspapers followed the example of the Guptas and withdrew from the SA Press Council to escape accountability – and this editorial in The Times cogently explains the reason.

The reporting by Sekunjalo Independent Media on the Lex Mpati Commission is tainted throughout by omission and unguided by any ethical framework. All this while Rantao maintains his silence.

He maintains that silence while respected journalists like Carol Paton are besmirched as Nazis and Sam Sole as an apartheid-era impimpi.

As Sole so aptly put it in response: ‘The soul is dead at Independent’

The company’s honest journalists have been cowed, no doubt ashamed of what they are forced to do. As SANEF pointed out in April last year about the Stratcom campaign with which all newspaper editors in the company were forced to comply:

SANEF stands in solidarity with editors and journalists within the Independent Group who value editorial independence but are seemingly powerless to stop these stories.

We are indebted to Ferial Haffajee for revealing that Indy editors have no autonomy and are forced – for fear of losing their jobs like Wally Mbhele and Azad Essa – to simply carry out their orders which are filtered through chief operating officer, Howard Plaaitjies.

The news that a company owned by the ‘other Mandela doctor’, the confidante and business associate of the late Brett Kebble – and aspiring partner with the Guptas – is being investigated for dubious business practices will probably come as no surprise to Peter Flack and Dirk de Vos and Ivo Vegter and James Myburgh and Terry Bell and Magda Wierzyca and Bantu Holomisa and David Maynier and Dougie Oakes and Tom Eaton and Chris Roper and Ann Crotty and Dewald van Rensburg and Carol Paton and Bobby Jordan and amaBhugane and Zapiro.

We are indebted to President Cyril Ramaphosa for setting up the Lex Mpati Commission into the Zuma-era PIC charnel house.

Its deliberations and the evidence led so far must be deeply disturbing to the 1.4 million Government Employee Pension Fund members. I am sure that they are hoping for an orange overall outcome for those who have been so grievously in breach of their fiduciary duties and for the beneficiaries of the PIC machinations.