An ‘onion’ for short-sighted Saturday Star

Posted By: Chris Moerdykon: May 23, 2017In: Newspapers
Print Email 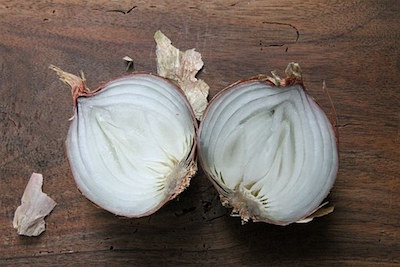 Once one of the biggest money-spinners for the Saturday Star, the Media & Marketing pages along with the now-iconic Orchids & Onions feature, is no more. Gone forever to that repository of newspaper good ideas in the sky.

Launched 30 years ago by the visionary editor of The Star, Harvey Tyson, it very soon became one of the most readable weekend industry features, building itself up to five broadsheet pages every week and with a roughly 50% to 60% paid advertising content, in one glorious year it contributed roughly 5% of the entire then-Argus Group’s pre-tax profit.

It was not only a money-spinner, but until its dying day it was read by the majority of ad agency and media buying staff in the country. Something most other media owners can only dream about.

Fortunately however, its latest editor, Brendan Seery, has at least taken the Orchids & Onions feature across to his new job as acting deputy editor of The Citizen.

It is quite remarkable how newspapers can be their own worst enemies. When the Argus Group was sold to the Irish Independent media group, resources were moved away from the Media & Marketing pages and it was left to the newspaper’s editor to actually put it together part-time. 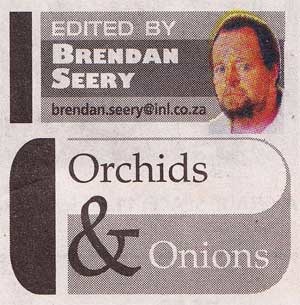 Seery, however, kept it going in spite of having a dozen other jobs to do at the same time.

But it is always difficult to try and maintain a five-broadsheet page weekly feature, when one doesn’t have the backing of management and a sales team taking advantage of what was, many years ago, one of the easiest products to sell.

I am told that when Dr Iqbal Survé bought the group from the Irish and laid waste with what can only be described as a media wrecking ball, the Marketing & Media feature became something that was simply tolerated rather than given its head to roll in the revenue.

It was an enormous privilege for me to be appointed the founding editor way back in the middle 1980s. It was an exciting job, made more so with the support of people like Tyson and his deputy, Rex Gibson. And with the enthusiastic support of management from their most junior of advertising sales rep to the chairman of the board it quickly became a classic case in history of a carefully designed product promoted to an extremely receptive market.

After a few months of doing a live radio advertising feature with Brian Oxley on 5FM, he called the weekly radio spot Orchids & Onions. It sounded so much better that it was adopted by Media & Marketing.

And if The Citizen management is clever, they will spot the potential and make a huge amount of money out of it.

But best of all, it could show the folk at Independent Media just what idiots they have been to throw such a gorgeous baby out with the bathwater.