LATEST NEWS
Home Broadcasting Television In the dark: How loadshedding impacted on TV viewing and advertising

In the dark: How loadshedding impacted on TV viewing and advertising 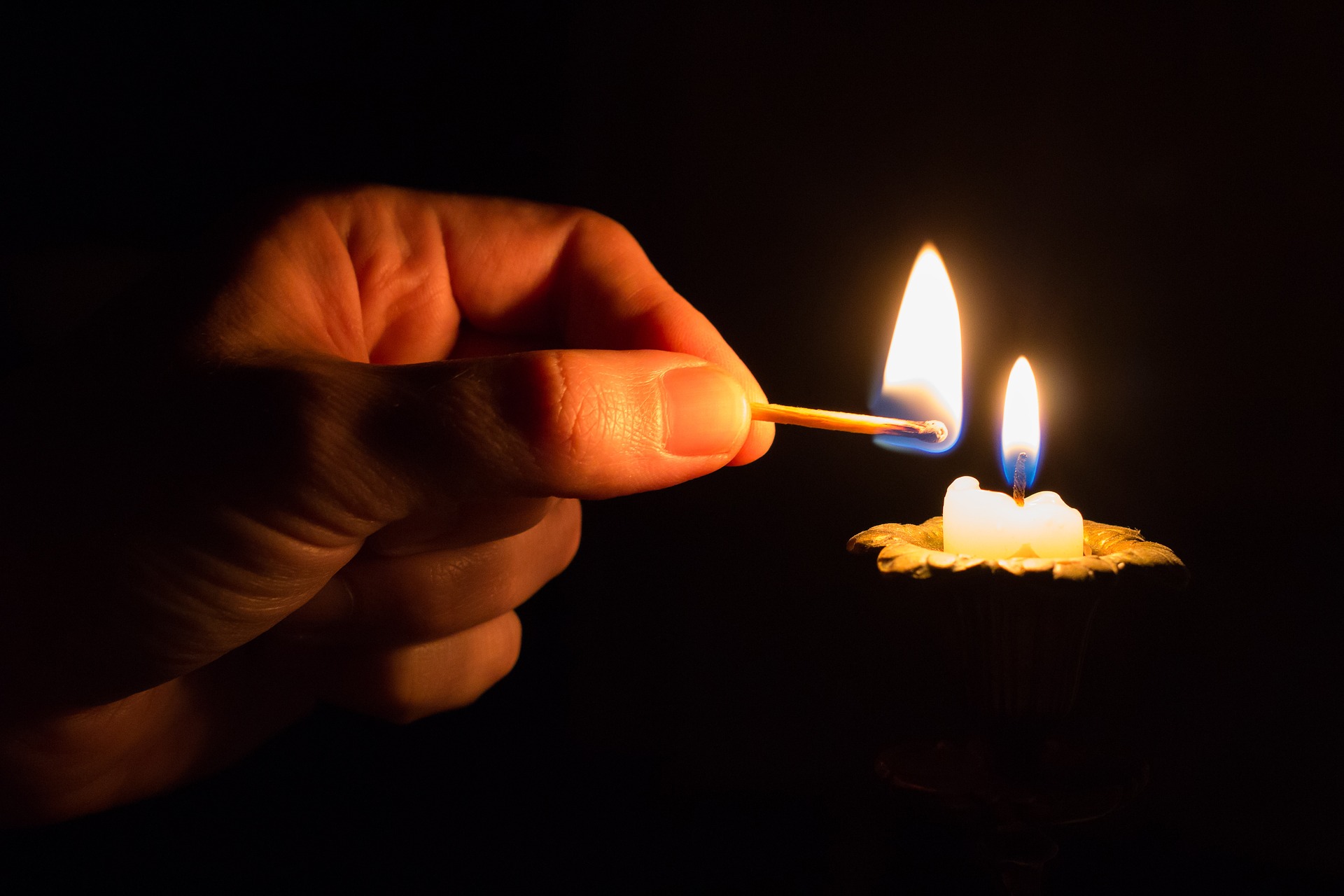 The recent bout of stage four loadshedding, courtesy of Eskom and tropical Cyclone Idai, and the admission from Pravin Gordhan that there was “no magic formula to solve the crisis”, darkened South African homes and spirits.

While we wait for government to attain a “better grasp of the technical problems” and revert with plans to overcome this crisis, economists and pundits make gloomy pronouncements.

Amid all this, I decided to get an initial top-line sense of how TV ratings had been affected by the cuts: I compared the all adult ARs for the 1800-2000 and 2000-2200 dayparts from Saturday 16 March through to Thursday 21 March with four-week average data drawn from 4 February through to 3 March. No sooner had I run the data than I recalled that there had been some moderate loadshedding over that base period, but it was not nearly as severe as the stage four.

In fact, only about 2% of adults on the BRC TAMS panel were flagged as having experienced power outages at that time compared with 15% of adults during stage four. When we experienced loadshedding in 2015, Robert Ruud of 3M3A, and auditor of the BRC TAMS panel, pointed out that when load-shedding occurred, the available audience was reduced, and if not picked up then the ratings are calculated against a “national audience that is greater than the technical universe (people that have access to the broadcast”.

His recommendation was that Nielsen devise a means of flagging households that experienced loadshedding, and this was implemented. Of course, loadshedding then slipped into the recesses of our minds as the occurrences became less frequent. It is worth remembering that one of the variables that can be applied to any universe definition on the BRC TAMS panel is that either having power or having a power outage.

However, it is important to remember that the definition of having been without power is a “household where power has been off for a period of two hours or more during Prime Time” (Report on the TAMS status August 2015).

I chose to focus on SABC1, not because of any positive or negative bias, but simply because, as the channel with the biggest broadcast footprint, it has the biggest and most robust sample. 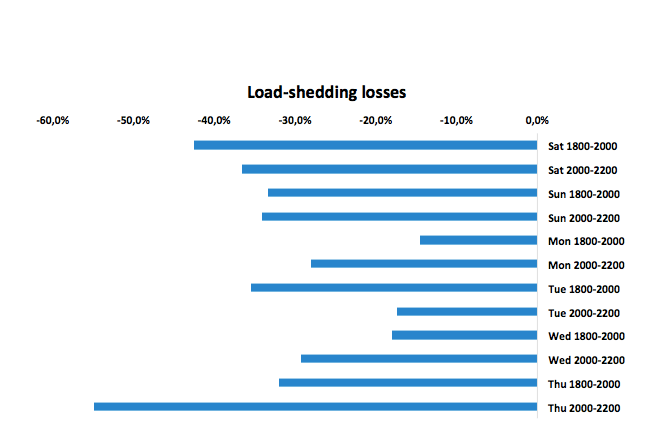 On a straightforward comparison, the losses were wildly varied, but they were substantial. I tried applying the Power Outage description to the stage four data to eliminate the unavailable audience: that does mitigate the impact slightly, but the losses remain significant.

I recall from my media agency days that media planners’ standard reflex actions, when post campaigns look dismal, are to either attempt to find fault with Telmar’s Transmit or Nielsen’s Arianna, or to blame the broadcasters.

So, I made a few calls to find out what their stance on the matter was.

Everyone I spoke to was still in the process of assessing what the impact of stage four had been as not all the BRC TAMS data had yet been released. No one is in a position to predict what will happen in the future, so it was little surprise that Warren Bedil, general manager of television sales at SABC Commercial Enterprises, got straight to the point, saying that it would be a most dangerous precedent to offer compensation for something over which the broadcaster had absolutely no control, and the extent of which was not yet known.

e.tv’s Jonathan Cooke pointed out that his team were still busy conducting a full analysis on the affects but shared some initial thoughts. He said, “… this is a national disaster that impacts not only ourselves but all broadcasters as well as other businesses”, and “to place any one particular business or business sector in a position of accountability for an occurrence that is beyond the business control is somewhat unfair”.

Lucasta Otto, DStv Media Sales’ head of sales for South Africa, and her colleague, Nosipho Mabuza, head of business enablement, also stressed “load shedding will impact many industries, and this need to be taken into account when creating a media plan”. They, however, offered some advice, saying, “Fortunately, at DStv Media Sales we offer view-based buying, which mitigates any risk from the advertiser and guarantees audiences – definitely an option that most clients will consider in order to guarantee stable results of their post campaigns”.

The media agencies seem to be taking a balanced view of the situation: Mediology’s deputy Media director, Michael Pearce, said: “Load shedding impacts viewership and therefore ratings but we can’t expect the TV stations to take the brunt of reduced ratings because of load shedding… Clients are also aware that performances will be affected and the overall sentiment is that it is what it is, that load shedding is affecting everyone and there is little we can do. It’s about managing client’s expectations because a lot of it is out of our control and difficult to manage with the irregularities of when load shedding happens”. His particular concern was around direct response campaigns, “which need be managed tightly with stations and clients”.

Merissa Himraj, chief strategy officer at Wavemaker, was clear that TV stations “won’t compensate for lost ratings caused by loadshedding”. While she was “considering how we address this” she was honest in saying, “We don’t have a solution yet; we are looking at time-shifted viewing options and how we plan once we know when blackouts are planned”.

While it is clearly too soon for the industry to have final solutions to the problem, clients with guaranteed audience deals will be feeling reasonably comfortable. Media agencies, servicing clients with media auditors, would do well to initiate discussions around the issue sooner rather than later. Once the country has a better sense of the proposed solution to the Eskom crisis, it may also be worthwhile to revisit the BRC TAMS definition of load-shed households.