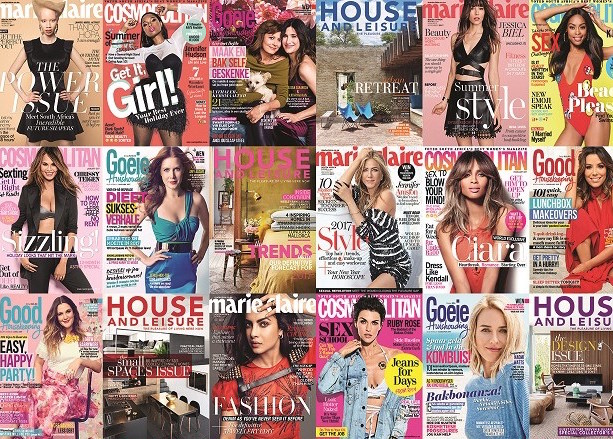 Associated Media Publishing, one of the smaller companies named by the Competition Commission in its investigation into claims media companies were involved in price fixing and fixing trading conditions, is holding firm and refusing to pay the fine levelled by CompCom.

“The larger companies appear to have settled rather than fighting because of the level of the fine, but as a smaller company, the fine is disproportionately burdensome and we cannot afford to just pay the financial penalty the Competition Commission is seeking,” said Julia Raphaely, CEO of AMP.

The Competition Commission’s settlement terms, published in 2016, insisted on admission of liability; payment of a penalty of one percent of the company’s annual advertising turnover in 2016; provision of 25% bonus airtime for every rand of airtime bought by smaller advertising agencies (defined as generating R50 million or less per annum) for a period of three consecutive years; the contribution of an amount the equivalent of 0.036%, within three years, of its advertising turnover generated in the year ending 2016 to a Development Fund (which would be managed by the Media Development and Diversity Agency which would disburse funds to historically disadvantaged persons wanting a career in advertising); the removal of the requirement for security or guarantee required from smaller advertising agencies before placing advertisements with media owners; and cessation of the conduct.

Raphaely said there was a good argument to be made for print to be treated differently from radio or television as in that type of media, there was “spare ‘space’, which would cost nothing at all”. DStv was an example of this, she said, as it could easily screen ads purchased by historically disadvantaged agencies at 3am on 120 different channels “while printing extra physical pages always comes at a significant cost”.

Raphaely said each media business had made their own decisions on where they stood on the charges and “and as there is no industry body to protect magazine media interests in South Africa, there has been no common allocation of resources or sharing of information to oppose this charge”.

Associated Media Publishing was not prepared to fold, Raphaely said, as she didn’t believe that merely by belonging to an industry body (in this case, the Media Credit Co-ordinators (MCC), or Corexalance, as it was known by prior to the CompCom ruling), demonstrated collusion.

MCC accredited agencies were offered a 16.5% discount for payments made within 45 days of the statement date, while non-members were offered 15%. In addition, the Commission found that the implicated companies had employed services of the intermediary company, Corexalance, to perform risk assessments on advertising agencies for purposes of imposing a settlement discount structure and terms on them.

“So in essence we are being forced to admit to something we don’t believe we were guilty of,” Raphaely said. “The fine is not only hefty but also, considering the challenges that publishing has had to go through over the last few years, not sustainable if enforced. Lastly, our focus should be on creating jobs and keeping our industry going. Not fighting to protect our reputation.”

AMP has filed an exception to the Commission’s complaint on the basis that it is vague and doesn’t clearly explain in what respect AMP were alleged to have contravened the Act, she said. “We have asked to be provided with details/evidence and the Competition Commission hasn’t responded as yet,” she added.

As for the fund to be administered by the MDDA (The Media Online has been trying for a significant time to get clarity from the MDDA and the Competition Commission on how this will be run, to no avail), Raphaely asked exactly who would benefit from the millions diverted to the Economic Development Fund and how it would be run, a question many would be keen to hear the answer to.