Digital out of home is improving Africa’s ad landscape

Posted By: Omphemetse Mokwenaon: April 15, 2019In: Out of Home
Print Email 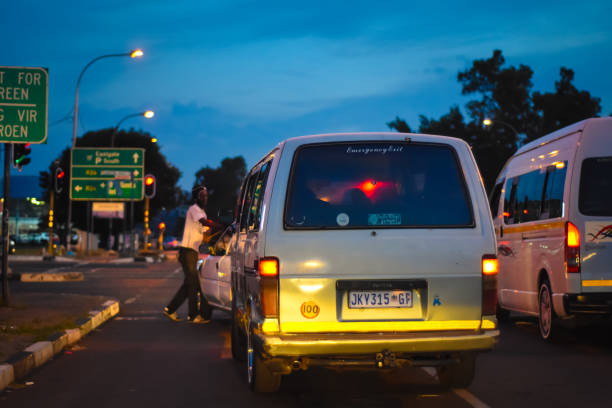 Digital out of home is booming across Africa, with innovative technological advancements, affordability and more accountability.

Digital is forecast to grow tremendously in Africa, with double digit growth anticipated over the next five years and a slight increase in media spend dedicated to digital out of home. Digital has piqued increased interest in key African markets with media owners such as JCDecaux following a solutions based out of home approach by, for example, installing traffic regulating gantries that offer information to commuters on better alternative routes.

Mark Cooper, JCDecaux’s CEO for Sub-Saharan Africa, reckons while billboards across cities in Africa are very common, and looking at the competitiveness of the channel, we just need fewer, but more quality, available. [Africa Business Radio, 29 June 2018]

Over the years, with the advent of digital out home, many programmatic displays have been centred around providing a solution to consumers while also rendering a service to brands. One example is the Provantage Media Group being one of the first local companies to launch a broadcast network catering to the commuter market. The Transit TV channel comprises 50% content and 50% of RSS information feeds (news, weather, sports and lifestyle segments).

Another example from JC Decaux are self-cleaning toilets, five of which have already been installed in Lagos, Nigeria as part of a public service aid scheme to assist in high density locations which previously had no public facilities.

Lunga Majija, JCDecaux’s head of operations for Africa, says that they must be aware of the areas they are operating and apply solutions in that context and then engineer a solution based on what’s happening in that country. [The Media Online, February 2019]

“JCDecaux took a solution-based approach as a differentiating factor as far as out of home is concerned; this has sparked a keen interest in several African countries while cementing JCDecaux as a public service company. According to Mark Cooper, billboards make up only 14% of JCDecaux’s revenue globally, a drop in the bucket. Kudos to the JCDecaux R&D teams globally for their incredible work” – Omphemetse Mokwena, CEO of MOKOM Group

Africa has seen high rates of population growth of about 2.5% annually; as the continent grows so does the demand for information. Almost half of Africa’s citizens will be living in cities by 2025 according to estimates. This means more consolidated, inclusive and representative research covering the out of home areas, more accurate systems to be deployed with regards to conducting travel surveys and campaign measurements.

Improving rate cards and increasing audience coverage remains an industry concern while mobility medium still being the toughest in audience research. A careful approach should be considered towards research and development of software currencies that enable media planners to plan correctly and to be able to measure GRPs accurately. This is important as it exercises accountability and value as far as media agencies are involved.

This will boost out of home as it has been battling for advertising revenue and budget for a while, often because of the absence of a robust and reliable research method and by default all other measurable channels such as TV and digital being allocated a larger budget.

Digital is projected a speedy year on year growth following more widespread use of the internet. Out of home is sitting in a far stronger and superior position than ever before, and many consumers will soon engage more frequently with DOOH structures. Our unique value proposition lies in crafting structural processes which enable a smooth media planning and execution from choosing your ideal billboard to. Our team is ready to assist you in as far as campaign planning and creative direction is concerned.

Omphemetse Mokwena is founder and CEO of a township-based out of home media agency MOKOM Group (Pty)Ltd. Apart from just being township based it also provides extensive knowledge regarding the township market.