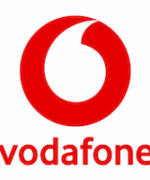 Vodafone’s global media account is out to pitch, despite much of the telco’s business being taken in house, particularly planning and buying. It is currently held by Wavemaker, previously MEC. The account is estimated to be worth $600m, according to The Drum.

“Vodafone is undertaking a planned periodic review of its media buying contract in line with good corporate practice,” the company said in a statement.

“We have also significantly in-sourced this activity since the start of the current contract. WPP, our existing supplier, has been invited to re-pitch along with a selection of other large media buying agencies.”

For more, check out the story in The Drum here.

Regulators in the United Kingdom are determined to crack down on social media platforms distributing harmful content. The Guardian reports that executives could be held personally liable.

A white paper on online harm has proposed government has the power to direct the regulator (Ofcom, for now) to deal with issues such a terrorist activities or child exploitation, as well illegal harms like incitement to violence and the sale of illegal weapons. It also suggests annual transparency reports from the companies.

Plans are expected to be published on Monday, and could include a proposal for policing the internet by an independent regulator. The UK government believes it is time to move beyond self-regulation.

Read the story in The Guardian. 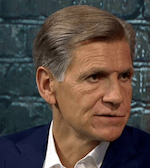 The ongoing debate around hate speech and harm on social media platforms is of enormous concern to one of the world’s largest advertisers, P&G, which has announced it would review where it spends its ad dollars.

“Digital media continues to grow exponentially, and with it, a dark side persists,” said Marc Pritchard, the chief brand officer of P&G, at the annual meeting of the Association of National Advertisers.

“Privacy breaches and consumer data misuse keeps occurring. Unacceptable content continues to be available and is still being viewed alongside out brands. Bad actors are finding ways to create divisiveness and social unrest.”

P&G was the biggest spender on Facebook in 2018, according to data from marketing analytics company Pathmatics.

NBC has the full story.

Over targeting ads could alienate customers and damage campaign effectiveness, Kantar has warned after finding more than half (56%) of British consumers object to being targeted with ads based on their past activity online, while a similar proportion (55%) feel “completely apathetic” towards advertising, up from 53% in 2018.

Brands risk alienating consumers and damaging the effectiveness of their campaigns if they over-target their ads, according to a new survey that warns of growing antipathy towards advertising in the UK.

“For example, more than a third (36%) of consumers in the UK cited the ability to avoid having to watch ads as their main reason for subscribing to a TV or video service,” WARC reported.

KFC in Hong Kong has tapped into the increasing excitement over the final series of Game of Thrones with a ‘hot and spicy’ campaign… Ad agency Ogilvy has created a social media driven campaign (which will also be used in print and OOH executions) featuring static and animated images of a fire-breathing dragon highlighting KFC’s popular hot and spicy chicken dish.

“KFC has always been part of the cultural conversation, so the upcoming premiere was the perfect opportunity to remind customers that the best way to enjoy the show is by grabbing a bucket of ‘hot and spicy’ to share,” KFC Hong Kong marketing director Shirley Chau told Mumbrella.

For more, check out the story on Mumbrella Asia.