Posted By: Glenda Nevillon: May 31, 2019In: Advertising
Print Email 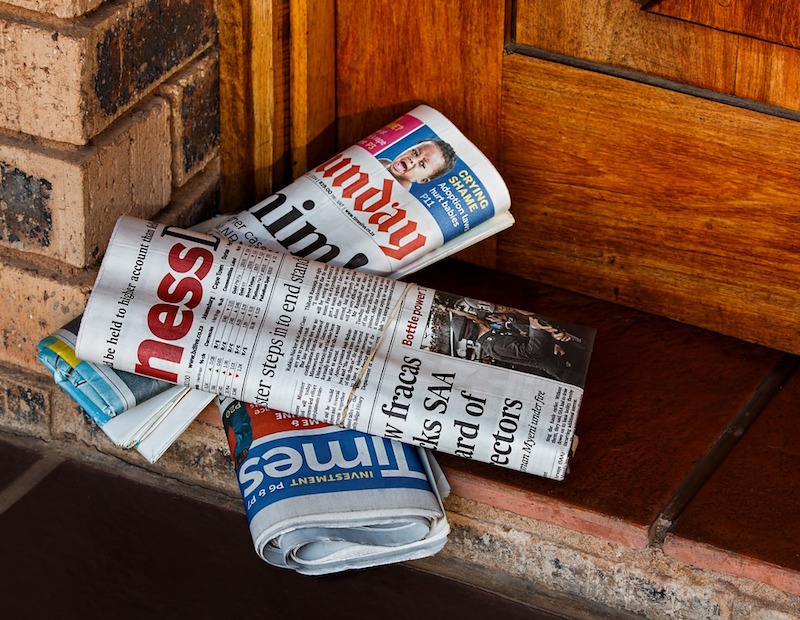 A recent ruling by newly appointed press ombudsman Pippa Green threw the question of how far native advertising can go before it becomes “deliberately deceptive” into sharp relief.

Green was tasked with investigating a complaint by Rhodes University School of Journalism and Media Studies lecturer, Simon Pamphilon, who objected to a “special feature” published by the Sunday Times. It involved three ‘stories’ – Premier Makhura extols the high quality of life in Gauteng; Township businesses paid R22 billion for their services; Changing young lives – 500 000 at a time – and was tagged: Special Feature: Brought to you by the Gauteng Provincial Government.

“I lodged the complaint because, frankly, I was outraged by that advertisement and the attempt to make it look just like the rest of the Sunday Times’ editorial content,” Pamphilon told The Media Online. “I think many readers could have been misled into thinking that the content was actual news written by disinterested journalists, and therefore given it more way more credibility than they would to (obviously) paid-for content produced by marketing people.”

Pamphilon wasn’t alone in his outrage. The feature also sparked much debate on a Facebook group for journalists, with some posting that they knew it was ‘advertorial’ straight away, and others objecting along the same lines as Pamphilon.

The omud dismissed the complaint after interviewing the complainant and the Sunday Times’ respondent, Susan Smuts, as well as consulting with “veteran journalist and journalism trainer”, Chris Roper.

While she dismissed the complaint, Green also warned the newspaper to “find clearer distinctions between ‘advertorial’ copy or ‘native advertising’ and editorial copy in the future. In this case, the line was closely straddled and some readers may have been deceived – which transgresses the compact of credibility and trust that must pertain between the media and the public,” she wrote.

Her reasons for setting aside Pamphilon’s complaint was “the banner proclaiming the page as ‘Brought to you by the Gauteng Provincial Government’, the absence of a ‘News’ flag, and the bylines ‘Special Reporter’ are sufficient to just place the Sunday Times on the right side of the line that denotes ‘clear’ distinction.”

Pamphilon was not particularly satisfied by the ruling. “I thought the advert was deliberately deceptive, sufficiently so that it could have warranted the complaint being upheld and the newspaper being ordered to print an apology,” he said. “I don’t think terms such as ‘Special Feature’ or ‘Special Reporter’ do anything to distinguish the promos from editorial — there’s no reason why those same terms couldn’t be used on legitimate news articles.”

Nevertheless, his respect for Roper won through. “… he thought it just ‘squeezed’ through on the text saying ‘Brought to you by the Gauteng Provincial Government’. So, I accepted that. (I was also pleased to read in the ruling that the Sunday Times’ ‘editorial managers’, whoever that might mean, were uncomfortable with the similarities between editorial style and the sponsored content.)”

Pamphilon, who lectures in newspaper design, as well as media law and ethics, reckons the Press Code is adequate for dealing with such issues as coming up with a comprehensive definition of what constitutes a ‘clear distinction’ between  editorial and advertising would be tricky. “… like many things, it will be established by precedent. Unfortunately, this was the first complaint under that clause any Ombud — I believe it was Pippa Green’s first complaint as the new Ombud — has had to deal with, so there wasn’t anything to reference  or compare it to”, he said.

He hasn’t considered issues around native advertising in terms of teaching. “I teach newspaper design, and when it comes to advertising I’ve just taken pains to point out that it must be kept completely separate from editorial and stacked from the outside bottom of any spread,” Pamphilon said.

“I hadn’t thought it necessary to go into any detail on advertising vs editorial because it didn’t seem like a big deal. Now I’m thinking it might be necessary to devote some time to this.”

Native advertising is a revenue driver for cash-strapped publishing platforms, whether print or online. A recent report by Verizon in the US predicted native advertising would grow to an $85 billion industry by 2020, according to the AdsYouLike, Native Ads Research 2018 .

8% of advertisers are testing native

26% of advertisers are beginning to adopt and use native content

20% were programmatic ads placed across a network of sites

18% were custom content co-created with publisher (display or video)

Nevertheless, Pamphilon said he was not at all swayed by some of the other arguments that were put forward, such as the idea that “other respectable newspapers internationally are doing it”.

“I haven’t come across it elsewhere, but I don’t have access to print versions of the newspapers mentioned in the Sunday Times’s response. Even if they are doing it, so what? How does that make it acceptable?” he asks.

Green noted in her ruling that, “… although ‘native advertising’ is common practise, the manner in which it is executed and the audiences at which the copy is targeted are critical”.

How clear is clear?

“The key word in this case is ‘clearly’,” Green wrote in her ruling. “How clear is clear? Is a banner at the top of the page clear enough when the typeface and layout look similar?  Is the byline ‘special reporter’ enough to denote a writer not on the editorial staff?”

In the case of the Sunday Times sponsored copy, Green said, there was a clear flag on the top of the page in the ‘balcony’.  There was also no ‘News’ flag on the page. Yet on the other hand, some readers may not have picked up the subtle differences in type-face, and the pull-quotes were identical to the style used in the editorial body of the newspaper”.

And, she noted, “Smuts has indicated the editorial managers of the newspaper were also uncomfortable with these similarities. The content is not edited by the newsroom, nor approved by it, although the editor sees and signs off the final page”.

As for the fact that readers hadn’t complained, Pamphilon pointed out that “ordinary readers” might not even be familiar with issues around native ads.