Agency action at Audi US and UK

Audi in the US has put the brakes on its eight-year relationship with AKQA, choosing to split its business between four companies:  Rauxa for digital marketing, UK-based Ixis for data analytics, as well as existing partners SOMO and Designory for technical development and product enterprise/content respectively, Campaign US reported here.

And over the pond in the UK, the carmaker is also reviewing its agency relationships, with Campaign UK reporting that Bartle Bogle Hegarty London are up against Engine, M&C Saatchi and VCCP to keep Audi’s creative account. The trade magazine reported that Leo Burnett London, Lucky Generals, Ogilvy, Saatchi & Saatchi London and VMLY&R were approached, but they declined to take part. 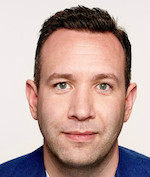 Agencies need to stop being punching bags for clients, a top executive at Initiative [an outfit within IPG’s Mediabrands], and become more proactive instead of passive. CEO Mat Baxter said agencies must “grow some teeth” to rebuild trust.

“We need to tackle some big things. Agencies let themselves be punching bags too often. We need a really strong will to fight the fight when it needs to be fought. I don’t necessarily think we do that very well as an industry,” he told WARC.

He said pitching was one example, with clients having unreasonable expectations of agencies, and the long wait for remuneration another.

An example, for Baxter, is pushing back if attempts to win or retain business come with unreasonable expectations. “Just look at the pitching situation,” he said. “I commit to saying, ‘No’ to clients who ask me to do ridiculous things in pitches.”

For more, check out the story on WARC.

The entire staff of the New Orleans Times-Picayune – 161 people including 65 editors and reporters – has been laid off after the 182 year old newspaper was bought by rival publishers, Dathel and John Georges, who own the rival New Orleans Advocate.

The Columbia Journalism Review reported that the Georges would merge the papers under a single masthead and website, due for launch in June. Some could find jobs at the new paper.

Jon Allsop, writing for the CJR, pointed out that the newspaper’s circulation had taken a beating dropping from 250 000 sales to less than 90 000. It highlighted the dire state of local newspapers in the US. The paper had already retrenched employees and cut print deliver to three times a week. It won two Pulitzers for its coverage of Katrina. 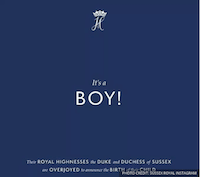 Not so for Master Archie Harrison Mountbatten-Windsor. On 6 Mary, the announcement that Harry and Meghan had a baby boy came via a simple image posted on Instagram,

For more, check out the snippet on The Economist.

Having worked with a number of agencies in different territories, Just Eat was looking to consolidate its activities under one roof to share best practice and drive strategic and implementational media planning.

To find out more, published by Prolific London, click here.

For the next two years, the partnership will create storytelling content to highlight tourism opportunities of Arsenal’s official partner – Visit Rwanda.

Opinion was divided when last year the soccer club announced the £30m sponsorship deal with Rwanda Tourism, with the country’s President Paul Kagame being an avid fan of Arsenal.

Phillipa Brown has been named as the global CEO for PHD, succeeding Mike Cooper and becoming the first female appointed in a global chief executive role by Omnicom Media Group.

Brown previously held the position of CEO for Omnicom Media Group UK, managing a team of 1 600 people who oversaw over 270 clients.

The Sinclair Broadcast Group has concluded a $10.6 billion deal with Walt Disney Co for the acquisition of 21 Fox regional sports networks (RSN).

It was also announced that comedian-turned media magnate Byron Allen became a minority investor in the Sinclair Broadcast Group to help facilitate the deal.

As a result of the acquisition, Allen’s company, Entertainment Studios, will be buying four local stations from Bayou City Broadcasting for $165 million. They are CBS affiliate station WEVV, NBC affiliate KLAF, and Fox affiliates WEEV and KADN.