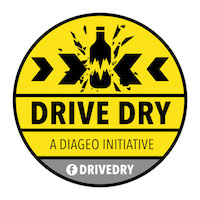 WE Communications South Africa has announced the win of a significant tender with the country’s leading premium spirits company, Diageo, which will see the agency support its commitment to reducing harmful consumption and road related accidents as a result of drunk driving, particularly among young adults.

“We were not only looking for a highly creative agency to partner with us, but also one that can effectively use storytelling to reach young minds. WE Communications was the clear winner,” said Lebogang Mashigo, Diageo in Society manager at Diageo South Africa.

“This is a great consumer win for our agency, and we are proud to be working with Diageo. Using our unique perspective on consumer perception, Brands in Motion, we were able to gain insights into how to effectively support the Diageo Drive Dry brand. This campaign will intersect all three of our core industry focal points, those being technology, consumer and health,” said James Wilson, VP and general manager of WE Communications South Africa.

WE and Drive Dry implores South Africans to #JoinThePact, by pledging to never drink and drive. 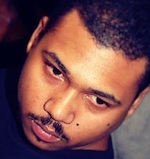 HelloFCB+ has established a creative technologist position and has appointed Brendan Arries to the role.

Arries’ key task will be partnering with the creative and strategic teams to deliver digitally-led solutions and consumer experiences clients need to meet their brand and business objectives.

“For us, the creative technologist role was a key one in putting creativity at the heart of the entire consumer journey, building strong emotional connections between clients and their audiences at the right touch points. Simply put, the position bridges the gap between creative and code, working alongside creatives and strategists to create work that disrupts, engages and is truly effective,” said HelloFCB+ executive creative director, Camilla Clerke.

“To take advantage of new and existing technologies to create more meaningful experiences for our clients’ consumers, HelloFCB+ must continuously strengthen the unity between insightful design and innovative development. And I’m excited to part of the new team intent on doing just that,” said Arries. 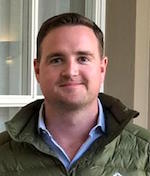 Nfinity Media’s out of home specialists Reveel. has announced the addition of Simon Allenberg to its team. Allenberg will work closely with directors Tyron Martin and Tanner Rock across the sales and site development aspects of the business.

Allenberg has been involved in the advertising and media industry for the past five years with an extensive background in the creative agency and out-of-home media spaces.

“I am really excited to be joining this team at just the right time with the growth of the business. I’ve spent a lot of time understanding and working in the out-of-home landscape, and I believe my knowledge of the property sector combined with my understanding of how to add value to our clients’ media and marketing initiatives, will achieve great results for our clients, and for Reveel.,” Allenberg said.

Rock said Reveel. was off to a “solid start” since the launch of the business in November last year with first half of 2019 being one of strategic growth in key areas, with a focus on the implementation of unique, untouched environments within this evolving out of home space. 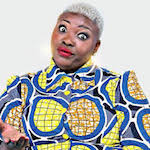 SABC2 ‘s variety show Red Cake – Not The Cooking Show returns for its second season on Friday 19:00 with renowned comedienne and actress Celeste Ntuli joining the show to co-host alongside Zwai Bala and Harrison Crump as the in house DJ.

The show serves up conversation and games played along to the tunes of Zwai Bala and DJ Harrison Crump. Each episode will feature celebrities such as Motlatsi Mafatshe, Ayanda Allie-Payne, Emmanuel Castis, Kagiso Lediga and Baby Cele as they make guest appearances. 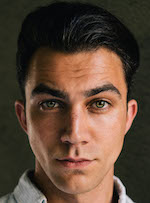 NV Studios’ new Los Angeles office has made its first appointment, with Luke Field joining as development executive for both the company’s scripted and unscripted series slates.

Working in film, television, stage and behind the production scenes – he recently sold the television miniseries The 43 to the BBC and produced the Frank Sinatra Documentary, To Be Frank, on Netflix – Field has a well-developed understanding of the international content industry.

“I’m excited to be joining NV Studios at a time when the company is growing exponentially and cementing its place in the global content landscape,” said Field. “I’m really looking forward to exploring all manner of new content opportunities across the board with Damien and the team”.

NV Studios CEO Damien Brown, who will shortly be making the permanent move to Los Angeles to oversee the international operation, said Field’s diverse skill set and industry contacts will add tremendous value to the company 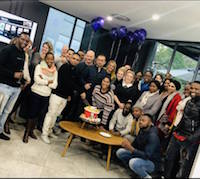 “We couldn’t be prouder to confirm our re-appointment to the KFC South Africa media business. Our strategy around Sources of Growth was a key part in this winning proposal whilst the brand continues to dominate in a challenging QSR space,” said CEO Zia Namooya.

“We’re super chuffed to be passed on the baton for the 12th year running.” Namooya said the Mindshare South Africa team was humbled to be part of the next chapter.

The partnership enables Vox to use Avanti’s satellite fleet, which provides full coverage across sub-Saharan Africa, to deliver a cost-effective and reliable high-speed broadband service to the remotest areas in the region.

Avanti sales director for Africa, Neil Whitehead, said, “We’re delighted to extend our partnership with Vox and support the delivery of affordable broadband across Africa, supporting our mission to help liberate the potential of communities and businesses wherever they are located.” 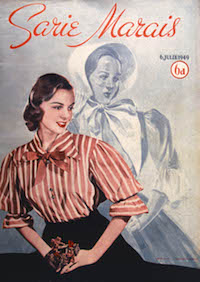 “Right from that very first issue the message was crystal clear,”
SARIE editor-in-chief Michélle van Breda points out. “The magazine would be inspirational; a leader and not a follower. A strategy SARIE pursued over the years and holds to this day.”

SARIE’s birthday issue features Rolene Strauss (Miss World and Miss SA 2014) on two different covers, which will be on-shelf simultaneously throughout the country from July 1. The original 1949 Sarie Marais cover was the inspiration for both. A faint image of the original cover appears on the background of both issues, creatively linking the magazine’s past to the present.

Starbucks has launched Starbucks For Schools, an initiative to help schools in the community raise much needed funds for themselves. And to launch the campaign Starbucks has secured the support of some heavy hitting personalities who’ll be in their coffee shops throughout July and August hosting celebrity serving sessions and raising money for their schools of choice.

And once the celebrity dust has settled schools can apply directly to Starbucks to host their own serving sessions with a percentage of sales then being donated to their school.  “School fundraising is an often difficult yet necessary activity to keep schools functioning well and it is in our DNA as Starbucks to support the communities in which we operate,” said Dylan Pienaar, the acting managing executive of Starbucks.

For more on the events, check out the Facebook page here. Sister schools and organisations wishing to  host their own ‘serving sessions’ at their nearest Starbucks to raise funds can get in touch with Starbucks on lebo@starbucks.co.za