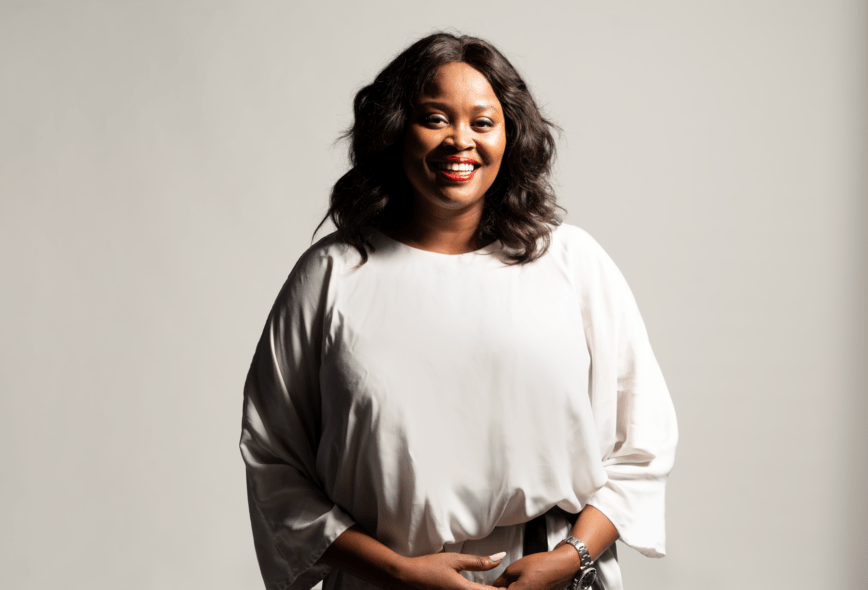 The move is significant as Moloto becomes the continent’s first black woman to anchor and host a commercial talk radio breakfast programme solo. Moloto takes over from longstanding breakfast host, Kieno Kammies, who moves to a new daytime slot while he pursues his studies and other business interests.

The change forms part of larger brand refresh for CapeTalk, which went to air in October 1997. The changes will be driven by brand new imaging as well as an integrated marketing campaign, with the station looking to reaffirm its position as the Mother City broadcaster which never shies away from tough and transformative conversations.

“Refilwe is known to the CapeTalk audience. She has been hosting “Upfront with Refilwe Moloto” and prior to moving in behind the mic she was a weekly business contributor on Afternoon Drive. Refilwe has proven to be very popular with our listeners who value her wit, her expertise when it comes finance and her unique take on the news of the day. Refilwe is warm, charismatic and versatile,” said CapeTalk station manager, Tessa Van Staden.

“We are incredibly proud to be making talk radio waves by providing a platform for a talented, highly accomplished and intelligent woman to set the agenda. In fact, Refilwe joins a small club globally in this regard. I would like to thank Kieno Kammies for driving breakfast on CapeTalk over the last eight years. We’re looking forward to “Today with Kieno Kammies” which will start daily at 9am. Kieno will continue using his contacts for good by assisting listeners when they battle bureaucracy or when they are stalled by red tape,” she added.

Speaking on her move to breakfast radio, Moloto commented, “It’s a thrill to be taking on the morning drive, and the momentousness of this African milestone is not lost on me. It was an honour to build a truly special show from scratch, along with our Upfront with Refilwe Moloto listeners, and I’m excited to continue those informative, challenging and insightful discussions, with all the news and views you need to kickstart your day. We leave no question unanswered on Breakfast with Refilwe Moloto – we’re looking forward to delivering a show where curiosity is rewarded.”

The Media Online spoke exclusively to Moloto to find out more:

Q: In your view, why has it taken so long for Africa to have a woman breakfast show host on radio?

A: In truth, I have no idea. I am new to the media space, so it wouldn’t be fair for me to opine on that with any authority – that I am the first came to me as a massive surprise.

Q: You are broadcasting in Cape Town, a city that has often been described as being unfriendly to black citizens. What is your take on the Mother City?

A: I love Cape Town, and I have always enjoyed my experience of Cape Town, both in my years living here as a student and in my working life. It’s physical construction is racially hostile in itself – that’s an undeniable fact, and a legacy issue – and that can play out in our social and business interactions and the assumptions we make about one another. Cape Town would need to self-reflect on how much more integrated other cities in this country are, and whether it is actively invested in sustaining that legacy issue through exclusion and social policing, and if so, why. But that’s not really a question a black person is in a position to answer, so I wonder why this question is always posed to black people.

Q: What do you do in the City when you’re not on air or working in your company?

A: I’m finding there’s not much time left after those two. But, given the opportunity I really enjoy taking in the incredible culinary fare, with close friends who are as busy as I. We love to linger in spaces that lend themselves to much conversation and celebration when we come up for air – and Cape Town has a wide range of wonderful restaurants for that. We slot in time for one another in other activities, too – like training at the Sea Point pools, walking the promenade or up the mountain. Catching great films.

Q: Speaking of your company: How have you learnt to balance your radio career with your business career?

A: I’m still learning. So far, it has been a massive sacrifice.

Q: How will your show differ from that of Kieno Kammies? He’s been in that slot for many years.

A: I’m a Capetonian who is a product of vast global, emerging markets and African experience, and will always view Cape Town in that context. I hope to bring that perspective to our discussions, because Cape Town is a global city, and we compete for visibility, investment, tourism and skilled workers – and even to retain our own citizens – on a world stage. Excellence can’t be assessed in isolation, and we need to assess it in order to strive for it, together. That’s not just an economic or financial goal, either, though my perspective lends itself to a business lens – but it’s a societal imperative, and we need to get there with empathy.

Q: Who are your broadcasting role models?

A: They tend to be television role models – Christiane Amanpour has been a broadcasting hero of mine, since childhood – her courage, excellence and just her longevity speak volumes about why that is. Anthony Bourdain’s curiosity and frankness, Richard Quest’s candour and self-deprecation, Oprah Winfrey’s compassion and unrelenting depth of preparation and commitment to her topics – these all add up to an ideal broadcaster in my view, but as we know – each of them has attained success with their traits in their own right.

Q: What would you advise young women to do should they want to follow in your footsteps?

A: In broadcasting or finance – potentially, anything in life – toughen up to critique, research and prepare, be genuinely curious, take your work seriously, but not yourself, and be vulnerable to error.

Q: What is your approach to radio presenting? How do you connect with your listeners?

A: I listen – very intently – which can seem counter-intuitive to some, for a talk show host.

In addition to analysing and reflecting current affairs Breakfast with Refilwe Moloto will feature Refilwe’ s Top 3. This daily feature at 7:27am will see Moloto share the three business stories listeners need to know as they start their day.

The Money Show with Bruce Whitfield