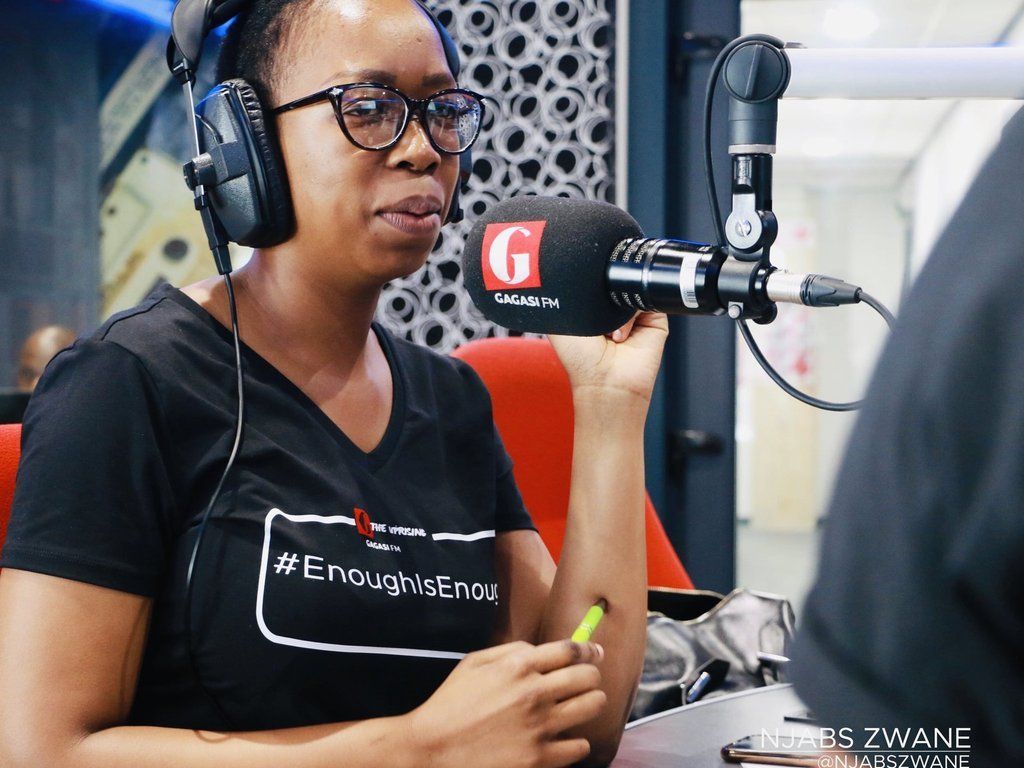 Gagasi FM presenters Njabs Zwane, Bright Ntuli and Zisto walked off air on Thursday morning in a protest against gender based violence, and the rape and murder of South Africa’s women and children. Their message was clear: “Imagine a KwaZulu-Natal without female voices.”

In a statement, the station’s management said such action would normally necessitate a disciplinary process, but that they had “come to realise the depth of the damage that violence against women is causing in society”. Management also emphasised the on-air protest today “had nothing to do with the internal working environment within the station” and “everything to do with the continuous women abuse that we are currently witnessing around the country”.

Management said abuse was “no longer about an individual, and whether you are a male or female or whether your hands are clean or not. This has become an issue for all of us and it requires all of us to take a stand and say something needs to happen, and demand action”.

At the same time, it noted social media posts from the Durban Survivors page where claims of sexual abuse by two male presenters were made. “The management has engaged the two presenters concerned on these reports and we will be closely monitoring further developments, if any, on the matter. Unfortunately given the nature of the platform that was used to publicise such claims, we are unable to reach out to the alleged victims to get their side of the story,” the said.

“While we understand the sensitivity of these matters, and we firmly maintain our stand against women abuse in any form or shape, we do have a duty to act within the confines of the law.”

Now the station has decided to grapple with issue, asking, “.. what are we all doing about it, Senzani?” It will be embarking on a campaign that addresses this question, using its platforms to engage listeners to help it come up with a solution to this plight.

“We therefore call upon our listeners, government, justice system, political parties, NGOs, religious formations and all sectors of the society to join the #Senzani movement. Let’s take it to the streets, together we can do this.”