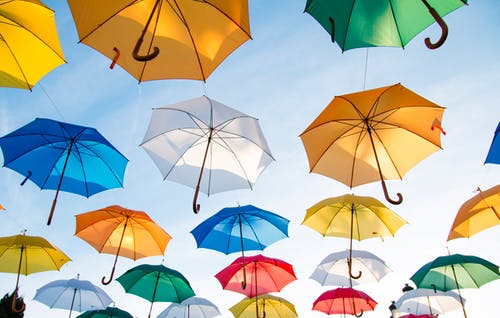 Photo: Data can only add real value if advertisers break out of the silo mentality

“Data is the new oil” is a phrase we’ve all seen, in some variation, in conference presentation after conference presentation. Knowing everything about your customers, advertisers are told, means you can target them with pin-point accurate messaging, saving you money and delivering real business results to your clients.

While there is an element of truth in this sentiment, there is a tendency among those who express it to see data as a panacea for all of advertising’s problems.

Those on the other side of the fence fear that a focus on data will ruin the creativity on which the advertising industry has always thrived.

Thing is, they’re both wrong. Data can only add real value if advertisers break out of the silo mentality and use it to inform the creative process.

A large part of the problem is the data that many advertising agencies rely on, especially when it comes to customer targeting. For the most part, this data comes from third-party services, such as Facebook.

While this data can tell you about what people within certain demographics enjoy, or are looking for, it doesn’t allow you to target individuals with messages that are relevant to them.

Without that relevance it’s a gamble as to whether the ad will result in any sales of the product being sold.

A bank might, for instance, target credit card ads at working customers in their 30s, because that’s who the data tells them applies for credit cards. But there’s a very good chance that at least some of the people targeted with those ads will already have a credit card with that bank, making the ad a waste of time.

The sad irony in all of this is that the businesses employing advertising agencies often sit on piles of customer data that could, if used properly, produce the kind of advertising that produces real business results.

Even if advertisers have access to this kind of data, however, they often fail to properly integrate it with their creative output. This failure stems, in part, from a silo mentality which sees an agency produce a piece of creative, before handing it off to a media buying company, which uses a data agency to figure out where best to place it.

But it also comes from a mentality which views advertising as being for a mass audience. Spurred on by stories of “the good old days” and episodes of Mad Men, creatives slave away, trying to produce pieces of work that appeal to everyone.

Here’s the thing: given the right data, they could produce creative work that appeals to individual people, rather than a nebulous “everyone”.

Because advertisers are trying to appeal to increasingly niche audiences, it’s increasingly unlikely that any single creative will be able to connect with these niches.

But with the right data, creatives can get a much better sense of an audience. They can, in a very real sense, get to know them. And every relevant piece of data narrows down what kind of messaging will appeal to them.

While instinct tells us that creatives need freedom, they work best within specific boundaries.

Ultimately then, advertising needs to radically reassess its approach to both data and creativity. Trying to force existing pieces of creative onto data will only replicate and intensify the problems currently faced by the industry.

Instead, agencies need to use the right kind of data to inform the creative output they produce. Doing so makes it much more likely that the advertising will appeal to individual people and produce real business results for their clients.

Tasmin Kingma is the chief operating officer at Hoorah. She is result driven with a strong focus on building data led by technology. She is one of Africa’s finest digital talents and built one of the first programmatic teams in South-Africa. She previously successfully led a team of 15 media specialists with a client portfolio ranging from Africa to Europe.