Five tips for building an interdisciplinary team to drive innovation 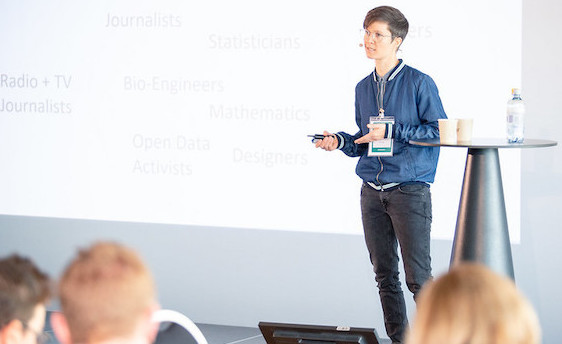 More and more news organisations are embedding interdisciplinary teams in their newsrooms, be it data analytics teams working on business intelligence or interactive teams experimenting with new forms of storytelling.

For Uli Köppen, head of data journalism at Bayerischer Rundfunk (BR) in Germany, there are good reasons for introducing these teams in news organisations.

“Bringing in people with different backgrounds and skill sets can help make your newsroom more diverse, innovative, and effective,” she said.

In her role, Köppen leads BR Data, an interactive journalism team made up of journalists, designers, and coders, which focuses on data and document-driven investigations.

In a recent presentation at WAN-IFRA’s Newsroom Summit in Oslo, she laid out five tips for putting together an interdisciplinary team, and shared advice on the topic from industry leaders she interviewed as part of her Nieman Fellowship at Harvard and MIT.

When starting to build an interdisciplinary team, drafting a clear mission is crucial in order to define the day-to-day work and make sure everybody understands what is expected of them. The mission helps define the roles you want to have in your team, which informs the hiring decisions you make, which then translates into what the team will work on.

“The more simple and narrow your mission is, the better,” Köppen said. “You have people from widely different backgrounds, everybody has to understand what they’re working on. A good mission will change over time, which is why it’s important that it’s simple.”

“If you have the money to hire five people, start with three,” Köppen said.

When putting together an interdisciplinary team, it can be hard to determine at the outset what kind of skills you’re going to need down the line. Growing your team organically over time rather than going all in at the beginning allows you to gain a better understanding of the direction you’re heading in, grow with your mission, and hire new talent as needed.

If you don’t have the time to do this, Köppen recommends to circle back to your mission and spend more time drafting it.

“You really have to understand what roles you’re looking for in order to be able to make informed decisions.”

In order to be able to collaborate on projects efficiently, members of an interdisciplinary team need to share some common ground. This is why Köppen recommends hiring people with overlapping or complementary skill sets, rather than generalists or specialists.

If you can’t find or afford people who fit these criteria (say, a journalist coming from a tech background, or a coder with previous experience in the media industry), hire generalists and give them room to grow and become more specialised.

Given the diverse backgrounds of people working in an interdisciplinary team, finding a common language is key. To facilitate this, Köppen shared advice she received from Ana Serrano, chief digital officer of the Canadian Film Centre.

When building a new team or adding new members, everybody comes together for a couple of days to “share domains”, as Serrano calls it, discussing skill sets, professional backgrounds, workflows, previous projects, and the ways in which each individual can help the team.

Once you have set up your team, you then need to find a way to embed it in the newsroom. How you should do that depends on how it is perceived within the company.

“If the digital product is valued in your company, you might try an embedded model,” Köppen said.

An embedded model refers to a smaller core team that sends experts to other groups to enhance their work. The New York Times, for example, has just pivoted from a centralised to a more embedded model, sending people from the graphics teams to other desks to assist them with their output.

ProPublica, on the other hand, has opted for a centralised model, meaning the interdisciplinary team sticks together as a unit, but collaborates with other departments and desks.

A more detailed version of Uli Köppen’s research on interdisciplinary teams can be found here.

This story was first published by the World Editors Forum at WAN-IFRA.

Simone Flueckiger is a reporter writing about all things journalism at the World Association for Newspapers and News Publishers, WAN-IFRA.