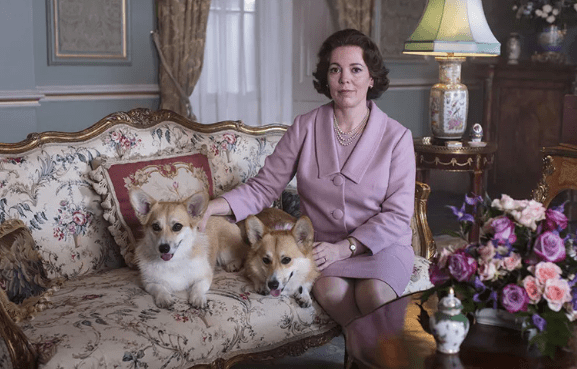 As a researcher of the royal House of Windsor I’m most often asked, “Have you ever met her?” The second most common question I get is, “Do you like The Crown and is it accurate?”

Such questions go some way to describing the impact the Netflix series has had on people not otherwise interested in the British monarchy. Series 3 of The Crown, being released on November 17, will not disappoint fans of the first two seasons although they may feel that they’ve been here before.

Spanning 1964-1976, it finds the Queen facing new challenges, not least a change of the very popular first and second series cast, as well as the prospect this time of a couple of duller prime ministers (Harold Wilson and, briefly, Edward Heath).

Episode 1 opens with the death and state funeral of Winston Churchill, and the visage of a monarch at something of a crossroads in her reign. No longer the clear, blue-eyed ingenue of Claire Foy days, Her Majesty (played by Olivia Colman) is older, frumpier, and with brown eyes that look like they’ve seen a thing or two over the past decade.

Some of the advance publicity for this series has made much of the fact that Colman unsuccessfully tried to copy the Queen’s (and Foy’s) blue eyes, both by wearing contact lenses, and then having her eyes CGI-ed. Both attempts were unsuccessful because, in the words of director Ben Caron, they seemed to “diminish what [Colman] was doing”.

Series 3 marks its changing of the guard by opening with the Queen surveying her “updated” older official portrait that will be used on coins, stamps and banknotes. She complains about looking and feeling older, her own currency as devalued as the Pound Sterling will become under Wilson’s leadership later in the series.

There is no sense of feeling short-changed in the casting of Colman as the Queen, however. After the first few scenes, one feels as if she were born to the role. Colman’s performance is understated and assured; it quickly becomes apparent that she’s worked out how to get under her character’s skin. Despite depicting a monarch who is unable to cry either in public or private, Colman plays the Queen feelingly, an actor as much in control of her craft as the Monarch is of hers.

Peter Morgan, the show’s creator, sticks to the structure established from its inception, which sees each episode anchored on the primary relationship between the Queen and her prime minister of the day.

Headlining stories, both national and international, are drawn on to suggest how the institution is tracking in different epochs. Series 3 focuses on dramatic events such as Elizabeth’s stymieing an establishment coup attempt led by her Uncle Dickie, Lord Mountbatten (played icily by Charles Dance); the Queen’s colluding with MI5 to keep Sir Anthony Blunt’s treachery as a spy for the Russians a secret while he remains housed in Buckingham Palace in his role as Surveyor of the Queen’s Pictures; and Elizabeth’s reluctant appearance at the scene of the 1966 Aberfan mining disaster.

Colman’s queen catches adeptly a sovereign who has become a little tired and distracted behind the eyes. Her hairstyle, twin sets and hemline may be lacquered into a holding pattern emblematic of her reign, but the outside world comes to remind her in episode after episode that the times they are a changin’.

Increasingly, in this series, the public hold Elizabeth and the royal family more accountable. They do not merely want their queen on banknotes, but demand instead value for money. No longer an empire on which the sun never sets, Colman’s Britain is one where the lights are rarely ever on for long because of national power strikes.

The Queen’s successor, Prince Charles, played exceptionally well by Josh O’Connor, is a young man whose life is beset by waiting: waiting for a role that can only be his when his mother dies; waiting for a job he doesn’t even want. Helena Bonham Carter’s Princess Margaret captures well the princess’s ramshackle decade and the way that she, despite her diminutive form, managed to upstage her sister in nearly every scene she was in.

His commissioning the BBC to make a film about the Windsors, 1969’s Royal Family, portrays him as the one who opened the Pandora’s Box of media intrusion into the royals’ lives – a box whose lid the royals have been trying to slap closed ever since. The irony is clear: without the film Royal Family – an intimate portrait of the Royals’ daily life – there would never have been The Crown.

Series 3 will satisfy fans of The Crown who are looking for business as usual. If there is a risk, however, it is that Morgan’s “if it ain’t broke, don’t fix it” approach can start to feel a touch formulaic and stale.

Just as it was for the royals themselves, this feels like the season we had to have while we wait for the dramatic potential of the 1980s and the advent of the Diana and Thatcher years.

Series 4, which is in production now, will do well to shift it up a gear and use the Diana storyline to shake The Crown to its core.

And in case you’re wondering, no I haven’t met Her, but after the first three seasons of The Crown, I’m starting to feel just a little as if I’m getting to know her.

The Crown series 3 will air on Netflix from November 17.