The writing’s on the wall for Iqbal Survé 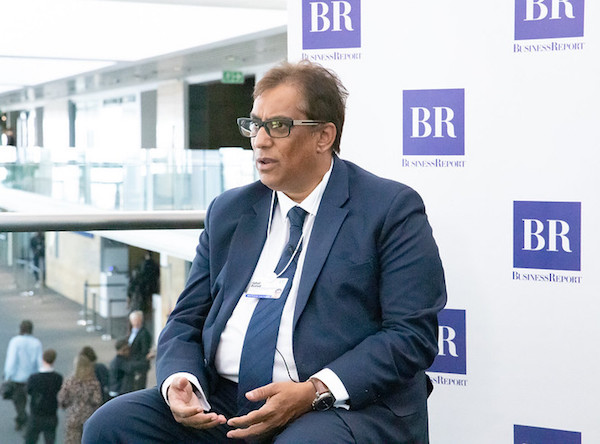 For a lifelong newspaperman like myself, the prospect of the Public Investment Corp (PIC) successfully liquidating the toxic ownership structure of what I remember as the old Argus Group is exhilarating.

It isn’t Argus anymore, obviously. For years it’s been Independent Media or versions of that, bought by the Irish tycoon Tony O’Reilly in the mid-1990s and sold, when he got into financial trouble, to a curious consortium out of which Iqbal Survé emerged as top dog. The PIC lent him the money, which, fortunately, he appears not to have paid back. In fact, reading around, he appears to have become convinced that he doesn’t owe the PIC anything, that a billion rands of debt has somehow evaporated.

Well, just wait. Survé hasn’t met the new chair of the PIC yet. Say hello to Reuel Khoza, arguably the most upstanding straight-arrow citizen in the country. He’s a former chairman of Nedbank, of Eskom (pre-capture), GlaxoSmithKline in SA and has served on the boards of the JSE, Nampak, Standard Bank, Liberty and Old Mutual. And he has served as deputy to Mervyn King during the formulation of various iterations of the King codes, which govern corporate behaviour and ethics.

In other words, Survé has met his match. Khoza knows exactly what is at stake here. It isn’t the money. It’s the newspapers — The Star in Johannesburg, the Cape Times, The Argus, the Weekend Argus, the Mercury and the Daily News and the Sunday Tribune, Isolezwe and the Pretoria News.

The Irish ownership of the group was patchy. They are often accused of not investing in the papers and it must be true that as O’Reilly’s finances worsened, so he pulled more money out of his South African investment than it was reasonably able to withstand.

But Survé’s leadership has been a wasteful, self-aggrandising disgrace. The newspapers are barely recognisable as products of journalism and it is a wonder any are still on their feet. But as this amaBhungane story shows, Survé’s time at the head of these once fine titles is coming to an end.

Not a moment too soon either. Paper Tiger, a new book, which I have yet to read, by two former Independent editors, Chris Whitfield and Alide Dasnois, details the chaos at Independent under its current owners.

Normally the story in South African print newsrooms has been one of slow torture. Greedy owners cut costs at any cost. And it’s always the same. Do we really need all those subeditors? What do they do? You have how many messengers? Why does that woman over there write only one story a day? I mean, how long does it take?

No-one except the people who make newspapers knows how complex it all is. How every step requires the utmost concentration and care. You are making an information and entertainment meal for your readers the next day. You don’t know how they read you — back to front or do they start with the briefs on page one? Get a crossword clue wrong and your phone rings off the hook the next day.

Which I hope the PIC people who take the newspapers out of Survé’s hands understand. They need to make sure that these titles are secure. Put them into a trust and get the great and the good (there are many in SA) to sit as trustees. Give the managers and editors budgets to meet and let them get on with their jobs. Bring these titles back to life.

Look, we all know the future of journalism is digital. But there are only two ways to get there — by making money or by relying on the kindness of strangers and asking them to fund you. The stories I’ve quoted above are from amaBhungane and Daily Maverick, both of which raise money through donations from wealthy citizens and members of the public.

Good for them. They do a fantastic job. Newspapers don’t have that luxury but they are, nonetheless, a critical part of our society. A newspaper is somehow a snapshot in time, a historical judgment where the issues of the day are laid out in some order of importance, that the internet cannot be or do and was not designed to be. But newspapers have to somehow shift their print income to digital. That means requiring people to pay for what they read online, while some good sites are free to read.

To take newspaper buyers or subscribers with you on that journey two things seem clear. The print product needs to be top rate. It is daily, physical and tangible evidence that your new digital offering is rooted and credible. That certainly has been the case with the Financial Times (FT), The New York Times, The Washington Post and Rupert Murdoch’s newspapers.

You can’t read them online unless you subscribe. So successful has the FT’s management of this two-way street between print and digital been, that it now (as of this year) has more than a million paying subscribers. It is going not only to survive digital, it is going to own it.

But while the company carefully calibrates its print spend, the amount of experience and skill and effort put into the print newspapers by the FT and, I am sure, all of the papers mentioned above, is gigantic. Their digital offering is credible as long as the newspaper is credible. For the newspapers concerned, it is going to be that way for a generation.

So the future of the old Argus papers needs to be very carefully considered. The editing needs to be strengthened, they need good writers on their opinion pages, reporters who become experts in their fields so that people can trust what they write.

Perhaps more important, there needs to be more real journalistic competition back in the print market again and the question that the new owners of the Independent titles will need to ask themselves isn’t what their digital strategy is. That’s the easiest one to answer — you put everything you have online when you have it. Don’t wait for print.

The harder question is: what is your print strategy? There’s nothing you can do about amaBhungane and Maverick. But as a print owner you have no option but to ensure your print base is as good as it can be. It is still, like it or not, your launch pad and, in the face of digital competition, a real weapon. You have to resource it and you have to stand with it, not on it.

Reuel Khoza, sir, you have holy work to do.

*The Media Online is owned by Arena Holdings.