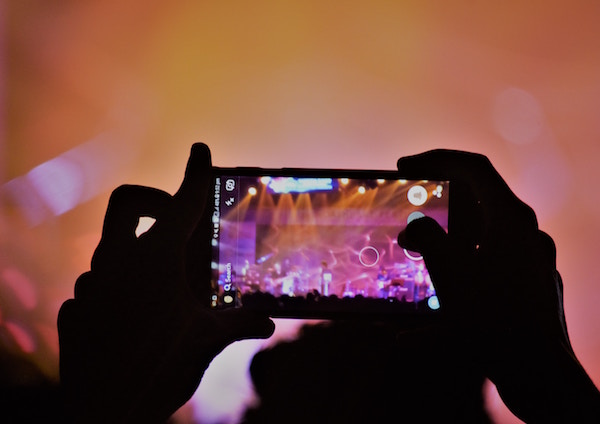 Photo: Think of video as a means to diversify the non-terrestrial listening audience

Radio may be an audio medium but radio stations need to look at successfully using video to increase both reach and revenue opportunities.

Jacaranda FM and Ukhozi FM are two of the top most viewed radio channels on YouTube. All three stations boast strong interviews, skits and news clips, and are placing more emphasis on live and recorded video, in part to gain traction with their social media platforms.

People don’t sit in front of a radio for three hours like they used to. If they don’t hear a song they like, they go to the internet. By using video to enhance the radio experience, not only do you visually bring your story to life, you also expose your radio brand to a larger audience. Who says just because you broadcast in one region that you cannot be seen nationally or even globally?

Radio has become a visual medium

Forget about having a face for radio. Radio has become a visual medium. Webcams and digital video recorders should be common gear for radio broadcasters as they look to launch additional multimedia channels.

East Coast Radio has its own video unit with a commercial focus, already producing a number of TV and digital commercials for regional and national clients.

Here is an example:

South Africans spend an average of eight hours and 32 minutes on the internet per day via any device (We Are Social, 2018) and contrary to popular opinion, more mobile users are streaming longer videos on their devices.

Now it is up to programming and marketing managers to look at ways to bring the vast video viewing audience back to the station, the website, the online radio stream, and events.

Think of video as a means to diversify the non-terrestrial listening audience. This year I hope to see more of our radio stations repurposing nearly all of the radio content for video to be used on Facebook or YouTube. It’s an easy way to reach a new audience and it’s another outlet for advertisers.

There is nothing wrong with producing content for video and using it as a marketing tool in an effort to drive listening. I still think of the Lydia birthday video whenever someone mentions 94.7.

I watched a 16-minute clip of Hot97 presenters talking about the life of Kobe Bryant. I am not a listener of the station, but that clip, which would have normally been just an on-air moment or maybe saved as a podcast, has been viewed 96 000 times so far, and has opened up the station to a larger audience.

Radio stations can create a whole new experience by taking audio stories and placing them into video format. Distribute the videos to a new audience group via channels like Facebook, YouTube, and Instagram, though Instagram is mostly used for short-format video content. Video is much more sharable than just audio on most platforms.

A huge issue for traditional radio has been figuring out how to integrate digital and turn it into a revenue generator. Radio can morph into video ads. While video content is a relatively new form of advertising, when executed properly, it is loved by both audiences and brands alike. Taking a cue from YouTube and the rise of user-generated video, a polished, TV-quality product is often not the objective.

One of the biggest areas for growth in advertising is in online videos. In fact, by 2021 video is forecasted to be the largest share of online advertising spending.

In its 2019 digital report, the IAB confirmed that digital video ad spend continues to climb, with more than eight in 10 advertisers agreeing that a unified multi-platform buying solution (TV + digital video) is important.

Yes, radio continues to be a strong option for advertisers, but the industry can only strengthen its hand by offering multimedia options such as video. On average, 46% of users act after viewing a video ad. (Lyfe Marketing)

If we can turn TV ads into short Facebook and Instagram ads, why can’t the same be done with radio ads?

Global, home to radio stations like Capital, Heart, and Classic FM, has tuned into the revenue opportunities of video.

Ultimately, the advantage goes to those who see video as an opportunity to reach an entirely new customer set.