Who do you believe – Nelson Mandela or Ayanda Mdluli? 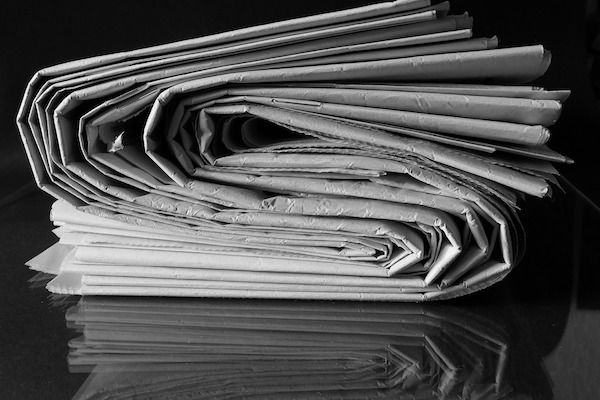 “His support for democratic and philanthropic causes was in my experience always without hesitation and reserve. His contribution to building partnership between big business and the new democratic government in that first period of democratic rule can never be appreciated too much.”

The Oppenheimers have been directly responsible for the destruction of black families and black men in particular, benefiting extraordinarily from apartheid and they, too, have even owned media.

I’d like to draw Mdluli’s attention to one black journalist to whom Brkic afforded a platform on his ‘anti-black’ Daily Maverick website.

In his article, headlined ‘I was fooled by Iqbal Survé’, Moya writes: “Independent Media under Survé cannot be accused of being there for the glory of journalism or for the plurality of views.”

Mdluli follows the hackneyed Sekunjalo Independent Media refrain – anyone who questions Survé or expresses concerns about his questionable business practices is a racist and ‘anti-transformation’.

Thus, when Politicsweb editor, James Myburgh, established tha Survé was making no effort to repay the Public Investment Corporation (PIC) loan with which he had gained control of the largest group of English newspapers in the country and that the interest was mounting, he was denigrated by the confidante and business associate of the late Brett Kebble as having a ‘racist right wing agenda’.

Myburgh was vindicated when Finance Minister Tito Mboweni told parliament that Survé had reneged on his commitment to repay the GEPF loan.

Myburgh was further vindicated when the Mpati commission was told that, while Survé was refusing to repay the GEPF loan, he was servicing the loans from his Chinese funders.

Nelson Mandela, as one of the anchor quotes on this article proves, held Harry Oppenheimer in high esteem. While Mandela praises Oppenheimer, Mdluli attacked him in a recent article going so far as to denigrate him in a Nazi context.

This comes as no surprise because Sekunjalo Independent Media has shown itself to be devoid of shame but it does raise an obvious question: Who do you believe – Nelson Mandela or Ayanda Mdluli?

I will do so under five headings – interference in news coverage; treatment of staff; propagating Fake News; bringing the profession into disrepute and profitability.

To start with, I would like, in the context of interference in news coverage and treatment of staff,  to contrast the on-the-record, under-oath and uncontested evidence of Weekend Argus editor Jon Hobday before the Truth and Reconciliation Commission in 1996 and in the undisputed allegations of former Independent Media employees Dougie Oakes and Fikile-Ntsikelelo Moya with what we now know about Iqbal Survé and his companies and how he treats his staff.

In a submission to the Truth and Reconciliation Commission two decades ago the then editor of the Weekend Argus, Jon Hobday, strongly refuted any suggestion that the Oppenheimers sought to dictate editorial coverage when, at the time, they owned the Argus Group newspapers – now known as Independent Media:

“There was a definite hands-off approach. Management was management and editorial was editorial, and the twain did not meet. It was a clear line. If management did feel constrained to contribute, it would be done in the most circumspect civil, non-aggressive way. The concept and perception that Oppenheimer phoned up and told editors what to write is absolute b…t. That is the last thing in the world he would have done. He never did it. I am not aware of any manager who ever delivered that kind of dictum, not at all, ever.”

I can confirm this because, in the early 1970s, I worked as a reporter for the Daily News  when John O’Malley was editor and reporters were never dictated to by him or any other company executive.

It did not happen when Harry Oppenheimer owned the company.

Nobody has ever challenged Hobday’s TRC testimony because it was the obvious and verifiable truth.

How stark the contrast, then, between the hands-off approach by Oppenheimer and the chokehold of Iqbal Survé on the editorial process at Sekunjalo Independent Media as described in the televised and under-oath testimony before the Mpati Commission by former AYO executive, Siphiwe Nodwele. You can read this evidence on page 23 of the transcript of his testimony on 8 April 2019:

… the editorial independence of Independent Media does not exist, it sits in the hands of Dr Iqbal Survé. Anything he says he wants to publish will be published and again we‘ve been victims of that given our stance and inability to play ball as they would like us to.

MR EMMANUEL LEDIGA: But, I mean, don‘t you have professional journalists there and the editors and all those professionals?

MR SIPHIWE NODWELE: Mr Chairperson, without going into detail of the staff profile of the Independent Media Group, because I‘m not familiar with it, I‘m sure there are good men and women in there, the same as there are good men and women at Ayo but the factual reality is, all power sits with one person and even though you have good people in there I‘m pretty sure for their jobs and livelihoods they will toe the line as per Dr Surve‘s wishes.

There are multiple other witnesses to Survé’s constant interference in the editorial processes of his newspapers – something he denied under oath at the Mpati commission.

This led to the resignation of editors like Philani Mgwaba who, in his interview with the Paper Tiger authors, said:

‘My private concerns turned to alarm when, soon after Iqbal Survé took control, editors began to receive instructions from Iqbal’s underlings and acolytes to publish opinion pieces that shamelessly ﬂattered and promoted him and/or defended him from legitimate questions that were being raised about his curious business interests.’  P142

His claim was backed by another former Sekunjalo editor, Moshoeshoe Monare:

‘The last straw was when he wanted to write a column in all the titles “reassuring the readers” of his intentions, and editors were asked to write another column agreeing with him. I refused and resigned.’  P139

Survé’s anti-Daily Maverick article, carried by all his supposedly-autonomous editors  on 13 February referred, as he so often does, to Nelson Mandela in the headline and the article was also topped by a photo of himself with Mandela.

He obviously considers this to be appropriate given his claim to have medically treated Mandela ‘on and off’ the Island.

In the same article, he would have you believe that Harry and Bridget Oppenheimer’s descendants are up to no good.

In the Sunday Times of 16 February Mangcu writes that his forthcoming biography of Nelson Mandela would not have been possible without the assistance of the Oppenheimers:

Perhaps the greatest irony is that it has taken the Oppenheimers to enable me to write and finish my own biography of Mandela. In 2015 I entered the most competitive academic fellowship in the country, and won with my proposal for a new contextualised biography.

In writing articles attacking a Jewish family like the Oppenheimers while invoking the Holocaust, Survé and Mdluli take their dwindling number of readers for fools.

The jailing and brainwashing by the Chinese government of more than a million Uighur Muslims has been described as ‘ethnic cleansing’ and ‘the largest internment of a minority since the Holocaust’ yet Survé cancelled the weekly column by Al Jazeera journalist Azad Essa when Essa tried to bring worldwide outrage in this regard to the attention of Independent  Media readers.

This was obviously at the behest of Survé’s Chinese paymasters and it was rightly condemned by journalists elsewhere in Africa as an attack on media freedom yet, in their articles denigrating Daily Maverick and amaBhungane for their allegedly malign influence on South African news coverage, Survé and Mdluli forget to mention this.

This sort of hypocrisy is not unexpected as Oakes has pointed out but Independent Media readers would have noted that Survé was subsequently feted by the Chinese government.

With Iqbal Survé’s companies either facing liquidation or under investigation for apparent share price manipulation and being successfully sued for defamation for the second time,  and with Survé having been rebuked by two judges and with auditors BDO and Sasol severing  their ties,  Mdluli  has been churning out articles, sometimes on successive days – see here and here and here and here – either lauding Survé or attacking his critics and rival newspaper companies.

Whether the smoke and mirrors will prove to be an effective distraction remains to be seen.

This is a matter of profound public interest because the Government Employees Pension Fund is a defined benefit scheme and if Survé does not repay the multi-million rand loan owing to the GEPF, taxpayers will have to make up the shortfall.

Having first linked up Nkosazana Dlamini Zuma in an effort to thwart the CR17 presidential bid, Iqbal Survé has now aligned Sekunjalo Independent Media with the EFF and against Cyril Ramaphosa’s reformist faction of the ANC.

This is resulting in some bizarre headlines and convoluted reporting. Take this sentence by Mdluli in one of the anchor quotes to this article:

“Now they (the Oppenheimers) have emerged as funders of the Daily Maverick and CR17. Are we then surprised that the narrative of this publication is anti-black? Are we surprised that they are supporting a narrative that is anti-transformation and anti-liberation?“

Mdluli provides no evidence to support his anti-Daily Maverick claims. Furthermore, the idea that Cyril Ramaphosa (CR17) is anti-black, anti-transformation, anti-liberation and is determined to destroy the political party that he leads and has served throughout his adult life defies comprehension and beggars belief but, as Helen Zille pointed out, Survé has ‘put news manipulation on steroids.’

In my next article I will compare the corporate ethos of the Argus newspaper company in the time of Harry Oppenheimer and, currently, Surve’s Sekunjalo Independent Media in the context of staff treatment and financial viability, the propagation of Fake News and  bringing the profession into disrepute.

*The views expressed by contributors or columnists do not necessarily reflect the views of The Media Online.