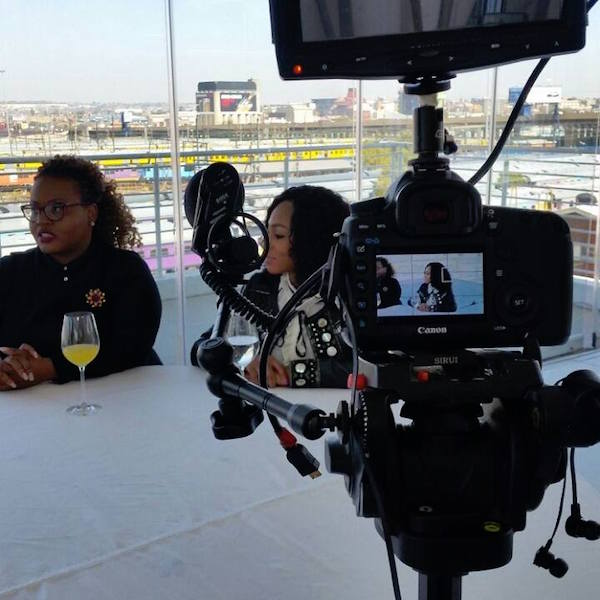 It’s no easy thing to get into television, especially on the creative and production side. But things have improved.

I never thought I would one day be one of those industry know-it-alls who throw around lines like, “I’ve been in the industry for 20 years, you know” whenever they try to pull rank but alas, here I am, in 2020, one of them.

Yes, I’ve been in the industry for 20 years, and I’ve earned my stripes in saying that.

My journey started when I was just 20 years old as a trainee journalist at Talk Radio 702. At the same time I was working through my BA Communication studies at university. Fast forward 10 years and a number of radio stations and newsrooms later, I finally moved into production, something I would have done directly after high school had film school fees not been as exorbitant as they were.

After a few stints as a scriptwriter and researcher prior to 2010, I finally sunk my teeth into the industry as a producer of a six-part socio-political documentary, my first big break.

To say I had a baptism of fire would be an understatement.

I had created the property and, along with the production company I was working for at the time, we pitched to the SABC. And we got the gig.  As a young producer, the agreement was that I would have a supervising producer who would guide me through the process.

In 2011, during pre-production, a nasty fall-out between the company directors – which included my supervising producer – meant I was left pretty much to my own devices to figure it out. It was tough. I am an intelligent woman so I tried my best to do what I could with the resources I had.

But a few months down the line I arrived at the office one day to find all of my belongings in a box.  I was told “There’s no longer any space for you here, we’ll finish the series on our own.”

But I quickly learnt that nobody can steal the creative you created even if they have the production formula. To cut a long story short, I was called back to finish what I had started and  I led the team to a successful airing in 2012 on SABC 2.  Up until this day, the documentary series “Why Are We So Angry” is still aired across channels.

Although I wouldn’t wish the experience on anyone, it did strengthen me. Since then, I have worked non-stop in the industry, producing more documentaries, docu-series, talk shows and made-for-TV films.

I share the story of how my journey in production started to illuminate a number of points that I soon discovered about the TV industry in South Africa.

But the on the ground, the truth was that there were plenty of black practitioners in the industry. They were  crew members, meaning you would find plenty of black grips, best boys, unit directors, production drivers, wardrobe assistants, make up, first assistant directors, and for the most part, that’s exactly where they would stay, for years.  Whilst the illustrious positions of executive producer, producer, director, and director of photography (DOP) would still mostly be occupied by white males.

I distinctly remember crewing up for a production when a middle-aged man came in for an interview. I asked him how long he had been at the same position, and it had probably been as long as my entire career. I asked him what his dream position would have been, and he replied it would have been to be a DOP or a director.  But he never got the opportunity to do so because of the exclusionary nature of the business. His story mirrors many others, people who have stayed at the bottom of the food chain without the necessary training, guidance and mentoring.

Secondly, I want to point out there is a shift, a positive one at that. In the last 10 years there has been a shift in representation of black seniors kicking major ass on television with productions ranging from dramas, reality TV shows, lifestyle content, and advertiser funded productions, to name but a few.

The SABC has definitely given opportunity to some of these production companies, but it would be a travesty if I did not acknowledge the role that M-Nt, particularly through its Mzansi Magic offering, has played in this.

When I ventured out on my own in 2015 with a production, media and communication company, I was commissioned to produce two films for M-Net’s Mzansi Bioskop Channel (164). Many other first time directors and young production companies have been given the chance to produce and broadcast their own properties on this channel. All it takes, is someone believing in you, your talent and ability.

The South African television industry at best is a difficult nut to crack, like most TV industries around the world.

It’s not so much a question of who you know, but how well you understand the industry and how to take advantage of available opportunities. With broadcaster’s budgets tight, this calls for innovation on our part.

Licensing, in my view, as opposed to the commissioning model, is the future. However, you need capital to produce a property on its own before it’s licensed.

How do we get the capital to create original local content?

Funding bodies like the National Film and Video Foundation (NFVF),  the Department of Trade and Industry, through its Emerging Black Filmmakers Incentive programme, and the Industrial Development Corporation’s film funding scheme play a big role in enabling people to produce work that will be their own. It is every filmmaker’s wish to own their own intellectual property, and without capital to do so, we can never truly own our own creative.

And so, since late 2019, I’ve embarked on a bold and ambitious journey of working on a new project that my project partner and I are aiming to fund ourselves, as well as through funding institutions. There’s a long journey ahead, but I believe 2020 is the year of the impossible becoming possible. Besides, people have done it before, so we know that it is possible to produce and own your own work, take it to festivals around the world, sell it to channels both locally and internally, and make a commercial success out of it.

An edited version of this story appeared in The Media Yearbook 2020. To read the digital magazine, click here. Due to lockdown restrictions, we have been unable to distribute the printed magazine.

Khanyi Magubane is a seasoned radio broadcaster, TV producer, media entrepreneur. She is the MD of Zinokwanda Media and Productions.