Glimmers of hope as three new magazines enter the market 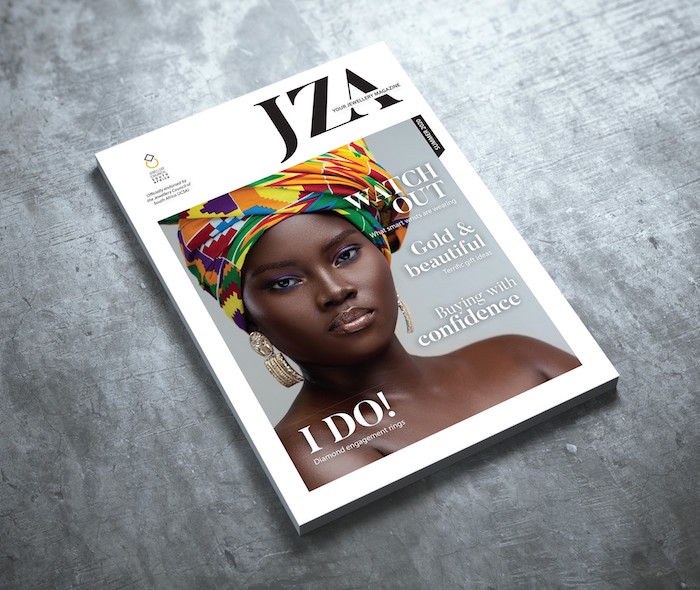 South Africa’s media sector – and consumers – have been devastated by news of many of the country’s magazines either closing down, going digital or being bought out. But there are glimmers of light at the end of the gloomy tunnel with news that three new magazines have launched, or will be launching soon.

Publishing director of Isikhova Media, Jason Aarons, is launching a new jewellery magazine, JZA, also digital, in November (it will be seasonal) while book publishers Penguin have issued their first Penguin Post, the only one which will offer a print component.

With the publishing sector reeling from the complete closure of Associated Media Publishing (losing titles such as Cosmpolitan, House & Leisure and Good Housekeeping), plus the decision by Caxton to close its entire magazine division (including rooi rose, Food & Home, Bona and People, among others) and Media24’s recent shock decision to discontinue titles (Move! and the Hearst portfolio of titles – Men’s Health, Women’s Health, Bicycling, Runner’s World) while outsourcing and changing publishing models (Fairlady, SARIE, SA Hunter/Jagter, True Love, tuis|home, Weg!|go! and Weg! Ry & Sleep/ go! Drive & Camp) as well as the fortnightly Kuier), it seemed the sector was on its last legs.

The coronavirus pandemic wrought havoc on an already wobbly sector, so why would new and independent publishers buck the trend and launch new titles?

“I think launching a digital magazine in the middle of a pandemic is brilliant simply because people are encouraged to stay home; this means that most people spend more time consuming content on their mobile devices so it makes sense to rather catch up on news at home as opposed to going to shops to buy print publications which could expose you to Covid19,” he said.

He also reasoned that brands were being “forced to cut on traditional spending via billboards, print newspapers etc because there are less people in public so the internet is a feasible solution for marketing”.

For Aarons, the pandemic offered an opportunity to rework and reframe Isikhova Media’s publishing model for clients, their industries and their brands.

“The jewellery sector is one. As official publishers of the Jewellery Council of South Africa’s (JCSA) trade magazine, SA Jewellery News, we realised how dramatically the supply chain would be affected, especially retail,” he explains. Because of Covid-19, the “whole concept of ‘feet-in-store’ was going to change, and fast”.

The result was they recognised the need to bring jewellery and watch consumers, and jewellery retailers, together. “And with a major portion of consumer/lifestyle magazines closing down – especially print titles –traditional advertising platforms became no longer profitable and workable options for retailers. JZA is now the platform to bring retailers and their offerings directly to the consumer,” Aarons says.

Mathobela has completely embraced the massive video trend, and it is this that underpins his online publishing strategy. “The traditional way of blogging is uploading text based articles and sharing them with your followers; people have been doing this for decades and research shows that the majority of online content consumers would rather watch videos than read long articles, especially young people,” he believes.

“Thejournalistdj.com articles are 100% video-based, meaning that text is just there to describe the video, a modern way of communication, every social media post is also motion picture.”

In terms of sustainability and monetisation of the online title, Mathobela says he offers brands insights on the dance music culture and offer them creative ideas on how they can plug in”.

He says house music produces global superstars, and points to a producer from Limpopo called Master KG  and his hit song Jerusalema, which has people from all over the world dancing, literally.

“There are many artists like Master KG who are doing amazing things in the world of dance music in South Africa but their stories are not documented and brands are missing out on great marketing opportunities,” he says. “thejournalistdj.com plans on being the bridge between dance industry and brands. Other income opportunities are online events; when the lockdown started, the house music industry saved the day as many deejays kept people entertained by hosting live music sets. thejournalistdj.com is going to take this concept to the next level as life as we know it has changed, so we will be hosting a lot of online festivals.”

Mathobela believes there isn’t too much competition in the niche publishing sector as yet. “The industry is too focused on fighting the internet revolution instead of adapting and integrating,” he says. “Fortunately, for independent publishers like myself, the internet is leveling the playfield until they catch up. Africa is diverse with amazing content and right now, anyone who has passion for content can really take things to the next level.”

Aarons, too, underlines JZA’s niche positioning as one of its pillars of sustainability. “Financial sustainability is based first-and-foremost on our stability as an independent publisher. So JZA’s sustainability is two-fold: it’s based on the company’s and through our own publishing model of it being self-funded and doable through advertising and highly credible industry backing and it is the only consumer magazine of its kind to be officially endorsed by the Jewellery Council of South Africa,” he says.

“Our only real cost is our time, distribution, marketing, PR and promotional campaigns. JZA’s advertising proposition is one that aims to bring all jewellery retailers nationwide and their offerings directly to the consumer; promote the collective of generic retail jewellery as well as all individual brands; and help them to rebuild store traffic via online and in real time. Other income streams lie in industry sponsorship.”

The Penguin Post, meanwhile, has a built-in readership of book lovers, and delivers news of books and authors, and is “Bursting with light-hearted and informative features centred around Penguin Random House’s latest and greatest titles”. It offers book news, expert advice, author interviews, health and wellbeing, opinion pieces, book extracts and even recipes for cookbooks.

Aarons says their readership research was focused on internet-connected individuals. “There were 32 615 165 South African internet users at the end of 2019, representing a 55% population penetration (source: Internet World Stats). It is projected 2020 will see this increase to 56.3% (source: satista.com). Our potential readership reach is aimed at 5% of internet users,” he says.

Mathobela is even more optimistic: “South Africa’s biggest dance music artist, Kabza De Small, reached millions of streams less than a month after releasing his album. His music is a sub-genre of House called Amapiano, so to answer your question, I will be modest and say that the potential size of my readership could be a million views a month.”

Here’s to hoping their optimism is well-founded!